Not a fan of pie? Put a fun twist on Thanksgiving dessert with these Pumpkin Pie Cupcakes! Decorate your small batch cupcakes with cream cheese frosting or pipe with whipped cream to look like mini pies. 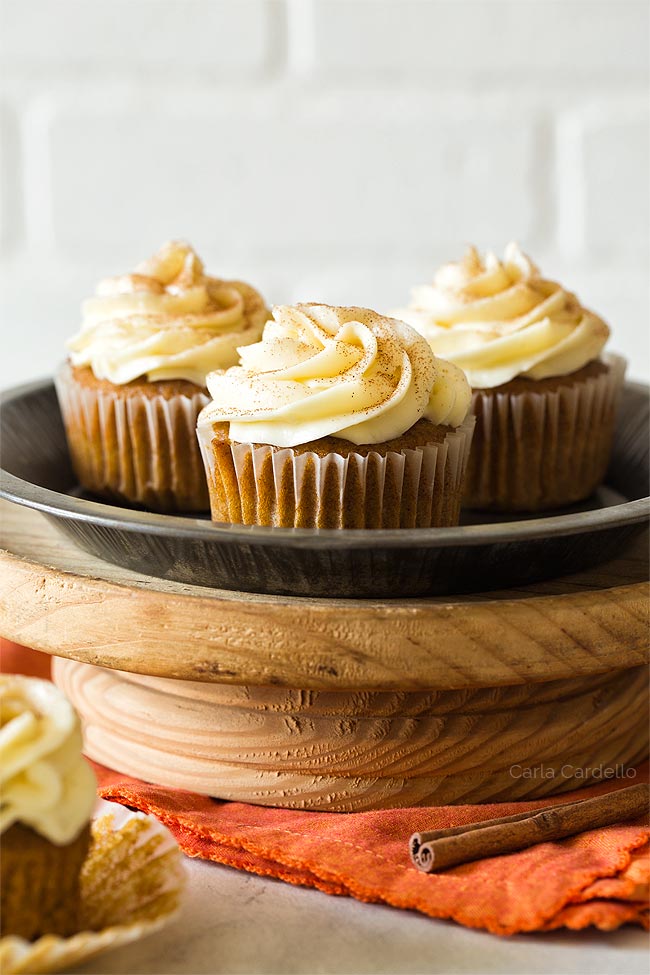 Want to hear something funny about Thanksgiving? I’m not allowed to make dessert.

Me, the award-winning baker, cannot make nor suggest anything else other than pumpkin pie.

Dad always makes the pie. He gets so excited too. The week before, he’ll “test” his recipe (the one he’s been using for the past how many years now) by making two pies.

I always ask why he just doesn’t make a small pumpkin pie.

Disappointed, I made Pumpkin Pie Cupcakes for my own satisfaction. Deliciously moist small batch pumpkin cupcakes with cream cheese frosting.

It’s based off of my small pumpkin cake recipe. Both recipes are the ideal size for your Thanksgiving For Two.

Now depending on how skilled you are, you can frost your pumpkin pie cupcake recipe normally with small batch cream cheese frosting OR you can go all out and decorate them like mini pies.

Either way, these pumpkin spice cupcakes will make you forget why you liked pie in the first place. 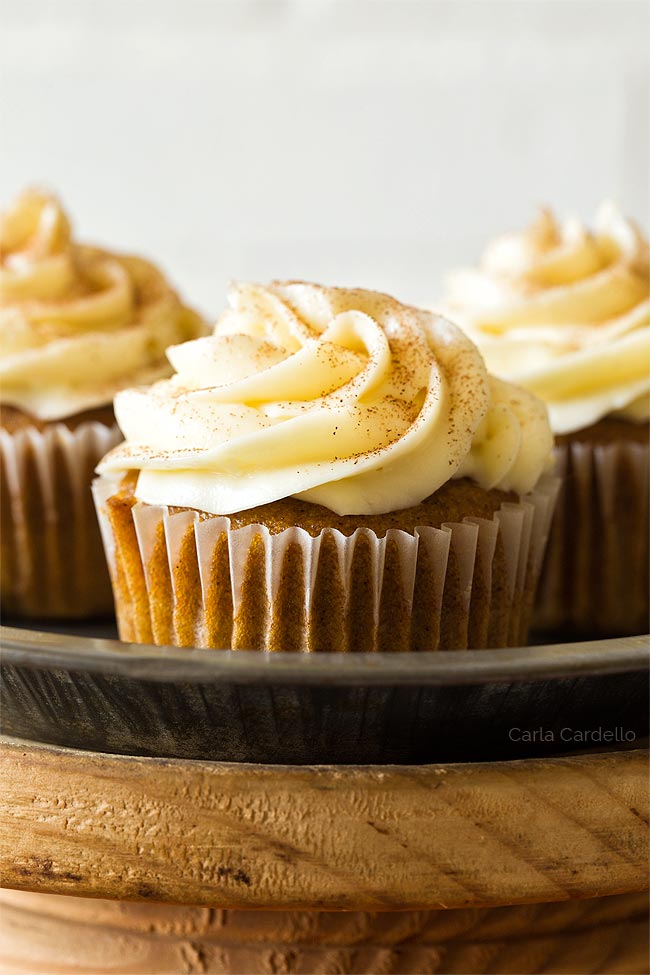 How To Make Pumpkin Pie Cupcakes

The pumpkin cupcake batter is really easy to make because it uses vegetable oil instead of softened butter, meaning you don’t have to worry about waiting for the butter to come to room temperature.

For the best pumpkin cupcakes, beat together your pumpkin, oil, both sugars, egg, and vanilla. Then gradually add your flour, baking powder, baking soda, cinnamon, nutmeg, ginger, and salt.

Once the batter is made, transfer it to 6 cupcake liners and bake at 350F for about 18-20 minutes or until a toothpick inserted in the center comes out clean.

How much batter do you use per cupcake?

I’ve seen recipes saying to fill the liners 2/3 or 3/4 full. Truth is I can’t tell the difference between the two amounts when I fill them. It’s…more than half.

All I know is you want to not fill the liners completely full or they will rise too much and overflow.

Likewise you don’t want to not fill them enough. Otherwise, your cupcakes will be shorter than your liner.

This should also help evenly distribute the batter. I hate when the first cupcake is all nice and full but then you’re struggling to fill the last one. 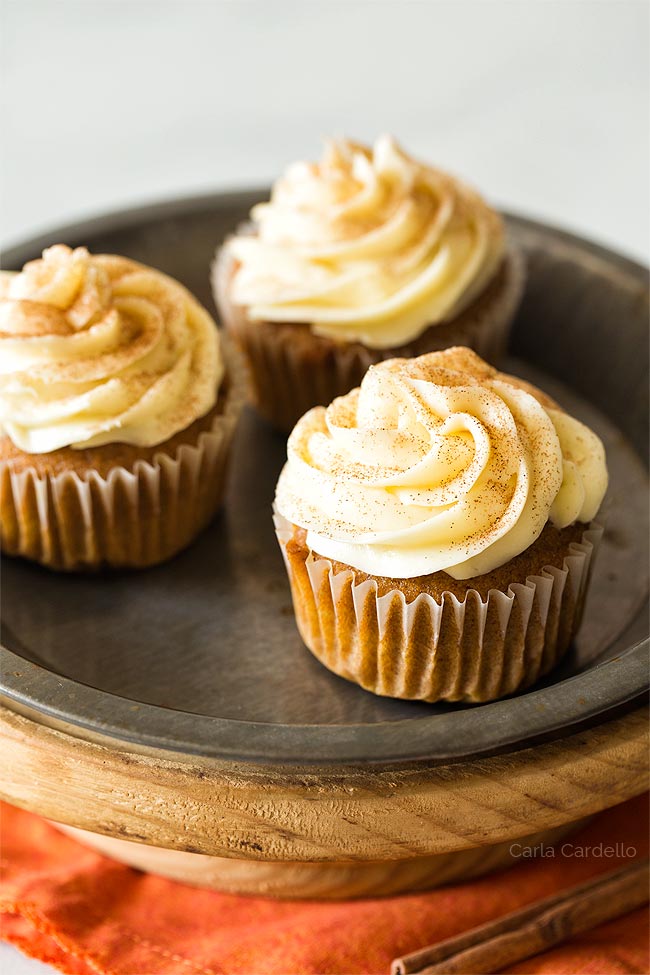 How do you make pumpkin pie cupcakes moist?

These pumpkin spice cupcakes stay incredibly moist thanks to the vegetable oil, brown sugar, and pumpkin.

The best oil to use in pumpkin cake is either vegetable or canola, which are both neutral oils. That means you won’t taste the flavor in your cake batter.

Olive oil has a distinct taste, which would affect how your cupcakes will taste.

Can I use butter instead of oil in pumpkin pie cupcakes?

Don’t have vegetable oil? Use an equal amount of melted butter. 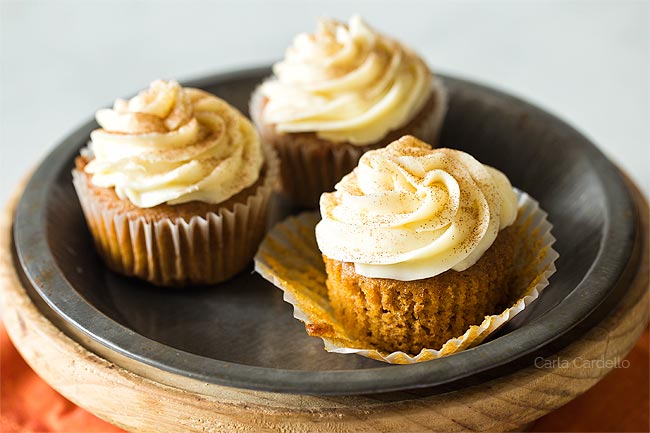 What frosting goes with pumpkin cupcakes?

Not a fan of cream cheese? Check out my other small batch frosting recipes.

You can also make homemade whipped cream to give these small batch pumpkin cupcakes more of a pie taste.

How To Decorate Pumpkin Pie Cupcakes

Want to get a little more creative with your decorating?

When I first made these pumpkin pie cupcakes, I decorated them with whipped cream to look like mini pumpkin pies.

It was definitely a learning curve.

Although it isn’t the perfect shade of pie crust, I think it got the point across.

Next was the actual piping. I experimented with so many tips, I lost track.

I finally settled on the basket weave tip (which is weird because it only pipes one way, so you have to physically turn the cupcake as you pipe).

I piped, realized how horrible they looked, scraped off the frosting, and kept trying until satisfied. 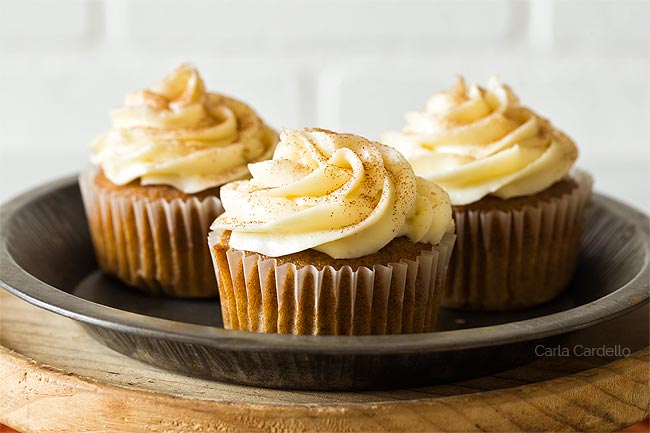 How To Store Pumpkin Pie Cupcakes

Store unfrosted pumpkin cupcakes at room temperature in an airtight storage container for up to 3 days.

Store cupcakes frosted with cream cheese in an airtight storage container in the refrigerator for up to 1 week. Let the cake sit at room temperature for 15-30 minutes before serving.

If using whipped cream, store decorated cupcakes in the refrigerator for up to 2 days as the whipped cream will weep (deflate) after that.

Can you freeze pumpkin cupcakes?

You can freeze unfrosted pumpkin cupcakes for up to 6 months. Wrap it in plastic wrap first then place in a freezer bag. 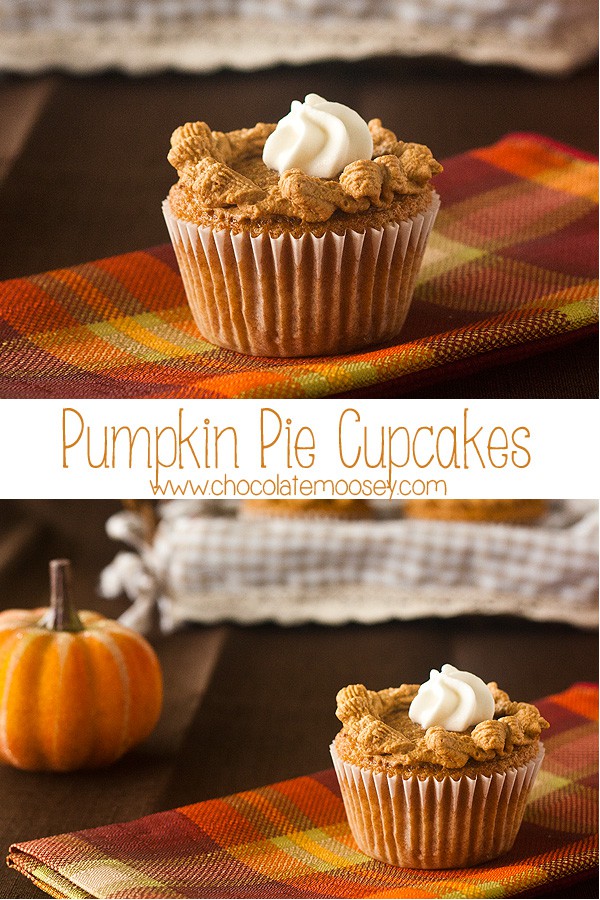 Because you won’t use a whole can of pumpkin, you’ll have extra pumpkin. Check out my other easy pumpkin recipes to use up your leftover canned pumpkin.

If you want more pumpkin desserts for two, I recommend my Mini Deep Dish Pumpkin Pies and Eggless Pumpkin Pie in ramekins. 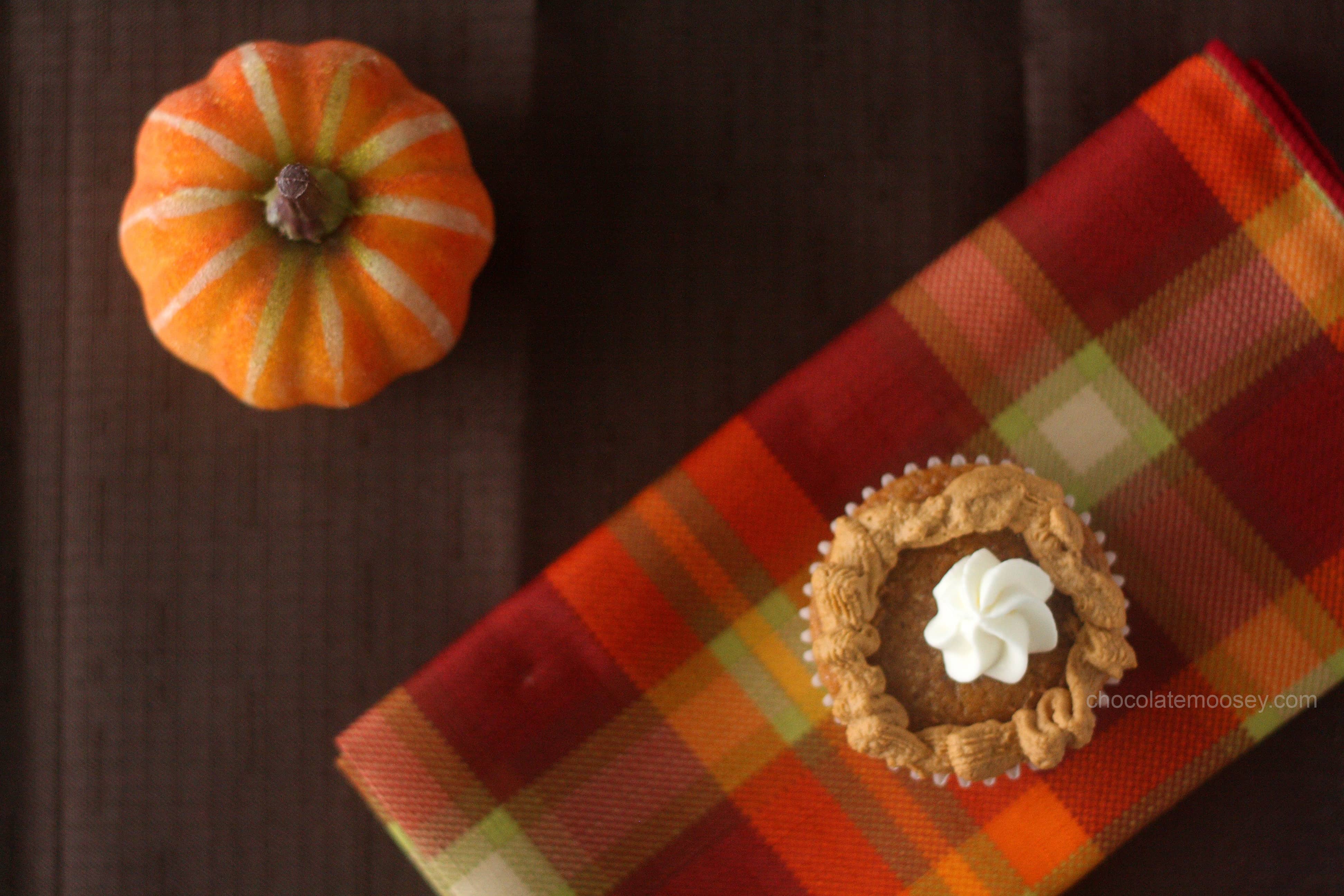 Looking for more cupcake recipes to bake? Check out these recipes for small batch cupcakes:

For a full list of recipes, check out my Small Batch Cupcake Recipes guide.