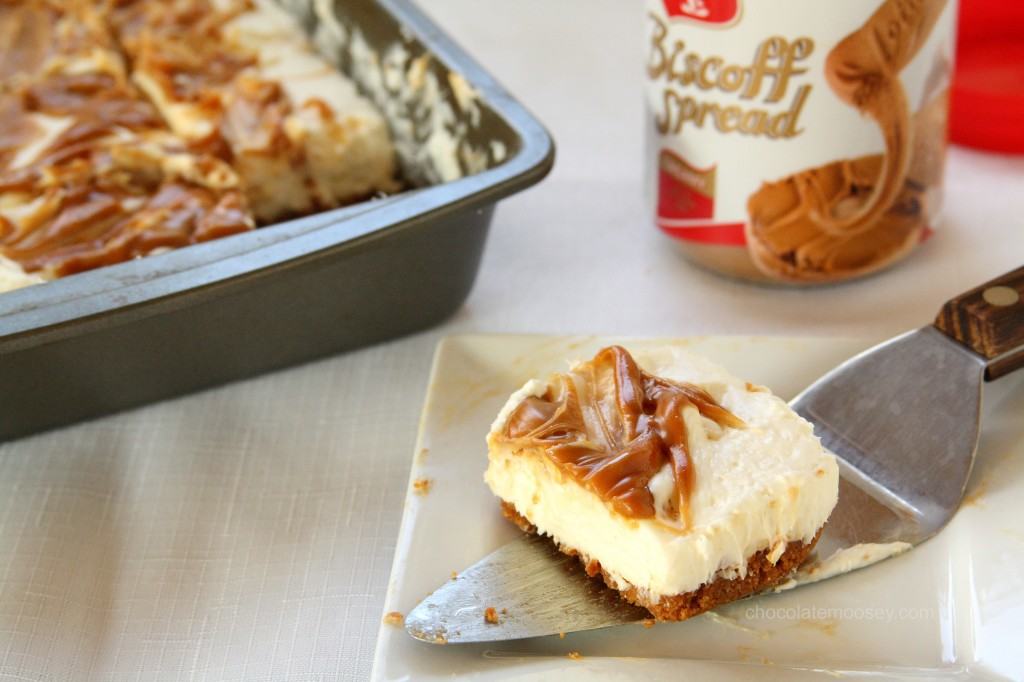 Update – the recipe is now included in this post

Is the weather still hot where you live?

It’s pretty much cooled down here in PA. I guess fall is coming around the corner pretty soon.

Maybe I’m a little late with this no-bake recipe, but it’s never too late for No Bake Biscoff Cheesecake right?

I wanted to be showcase what I do best without being too boring. And what do I do best around here? Normally I’d say cupcakes, but cheesecake is slowly taking the lead.

I don’t even know where all of these cheesecake recipes came from. I guess because I’m so terrible at pies, cheesecake makes up for it.

And what is better than making it up with eggless No Bake Biscoff Cheesecake? 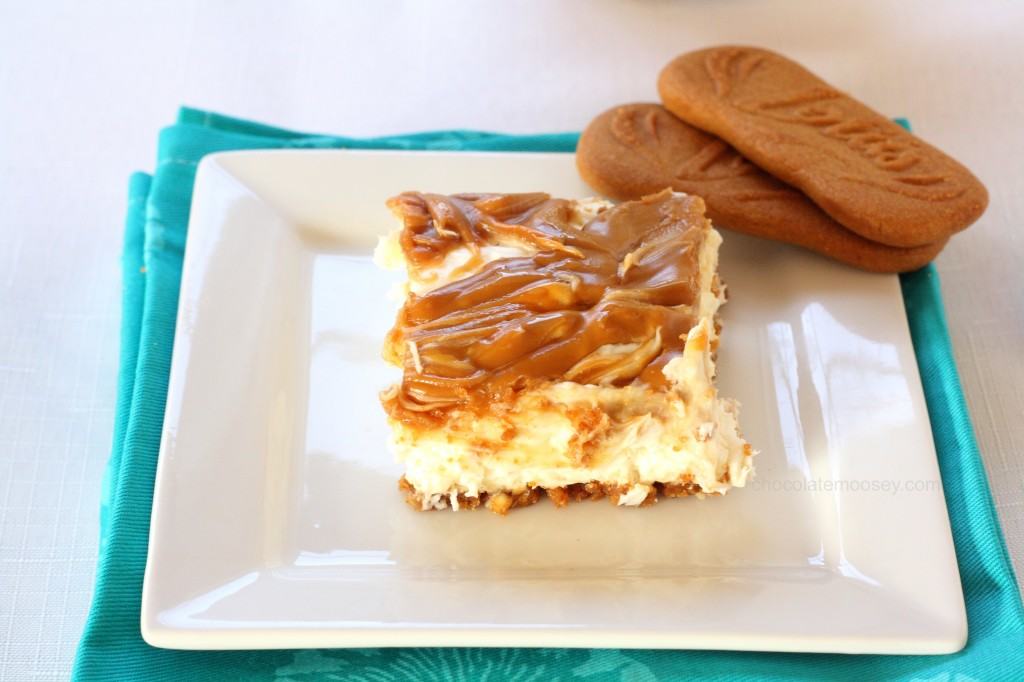 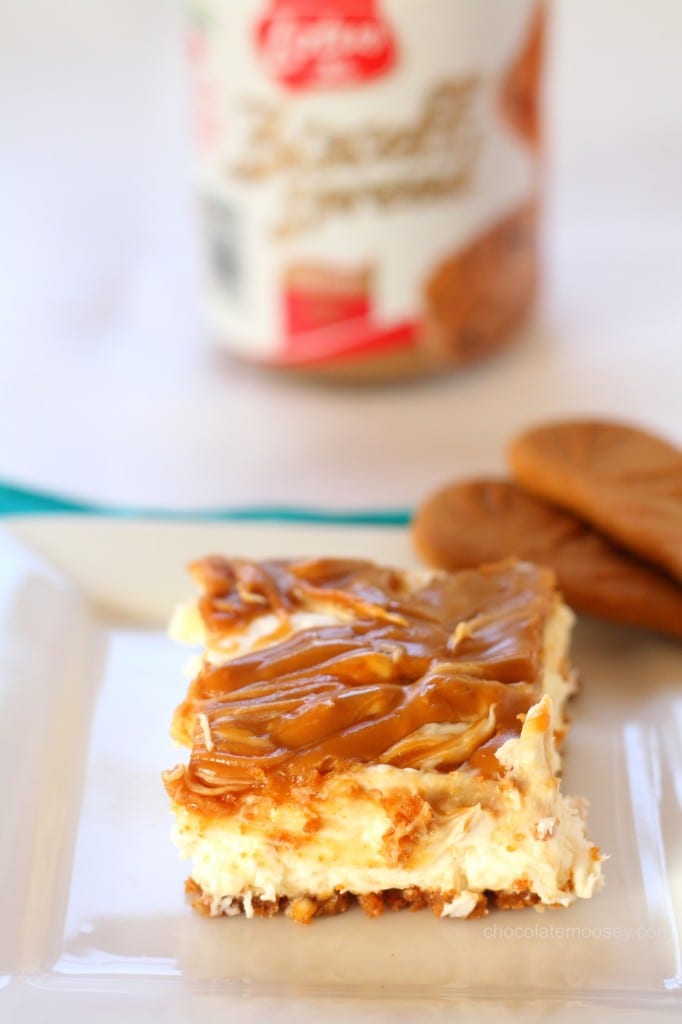 Recently on Twitter, I had someone ask me for a no bake cheesecake recipe. I personally didn’t have one, so I did some research.

Everything I found used whipped topping in a tub (commonly referred to as Cool Whip).

Now don’t get me wrong – I grew up with Cool Whip. However, I’ve heard rumors – bad rumors – about the ingredient list is, so I try to stay away from it.

Besides, you only need whipping cream, a little bit of sugar, and a few minutes to make real whipped cream.

No additives that you can’t pronounce. No mysterious ingredients. Just you, cream, and sugar.

I also know that between hot weather and people’s fears of baking cheesecake, this egg free No Bake Biscoff Cheesecake would be quite a hit.

No cracking, no water baths, no oven. Just you and your mixer (and a way to crush cookies). 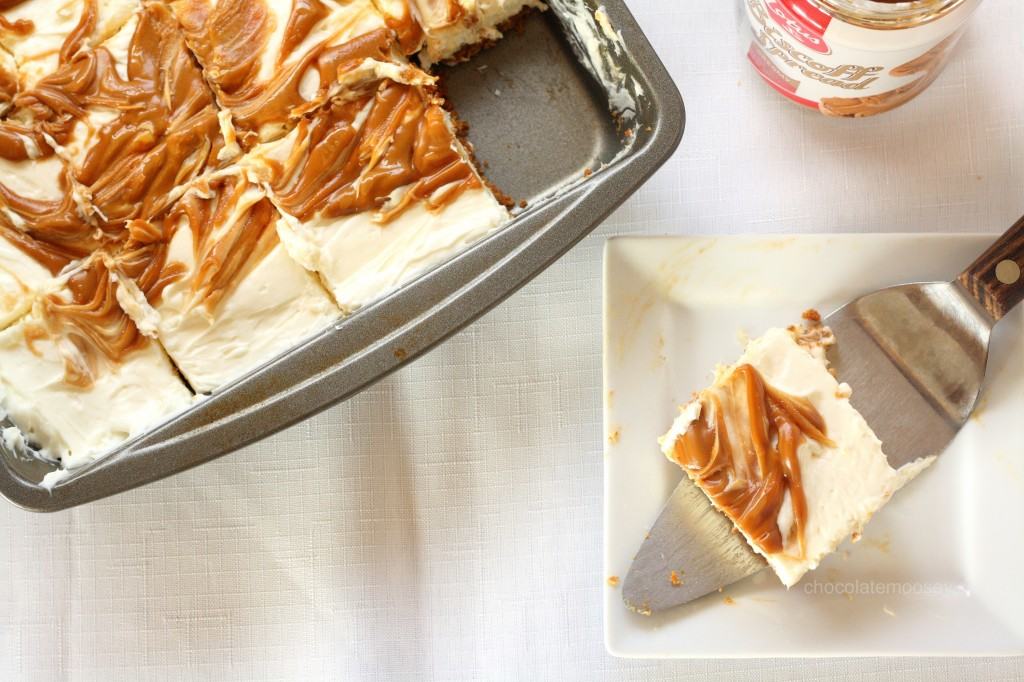 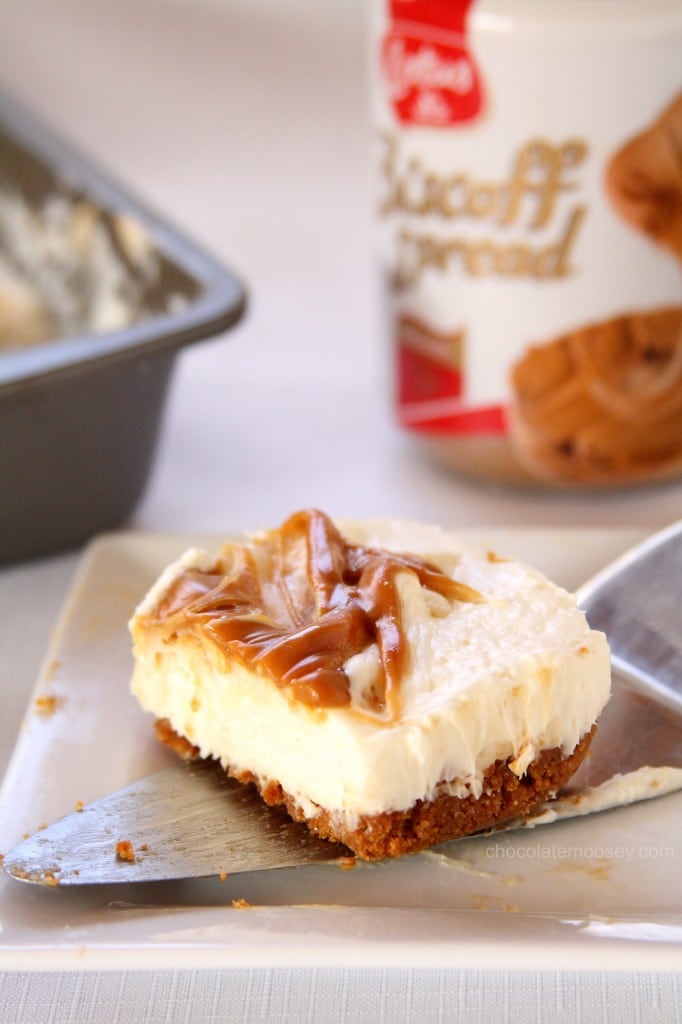 But come on. You didn’t think I was just going to give you a plain ol’ no-bake cheesecake now, did you? Of course I had to put a twist on it.

For the past few months now, I’ve been harassed…err….highly encouraged to buy a jar of Biscoff, so I did. Then it sat in my pantry unopened for a few weeks.

I know, I know. That’s like a foodie sin, but since I couldn’t wrap my head around what it should taste like, I didn’t have the urge to grab a spoon and dive in.

I bet you’re wondering what Biscoff is. Biscoff is a European company that makes these cookies you supposedly get on airlines.

I never had them and didn’t really care until everyone raved and swooned over them. Biscoff also makes a spread, similar to peanut butter but with cookies.

So what does it taste like? Graham crackers mixed with some gingersnap spice. I was hoping for more of a caramel or even brown sugar taste.

I knew I wanted to do a swirl on top, but since Biscoff makes both a spread and cookies, I used the cookies for the crust. My cheesecake needed a double-dose of Biscoff, after all. 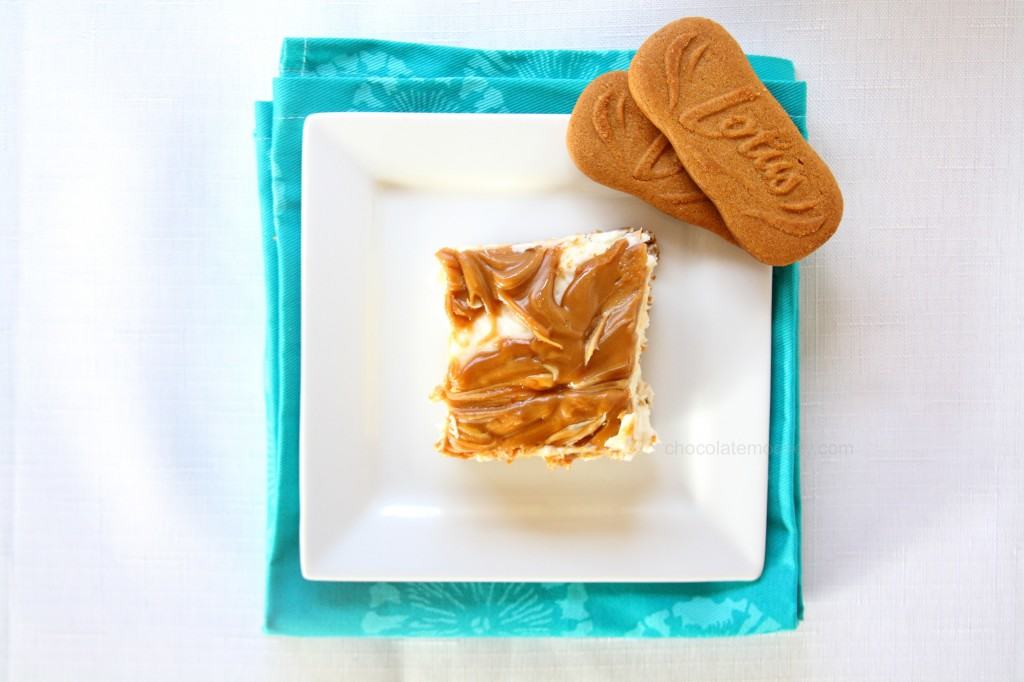 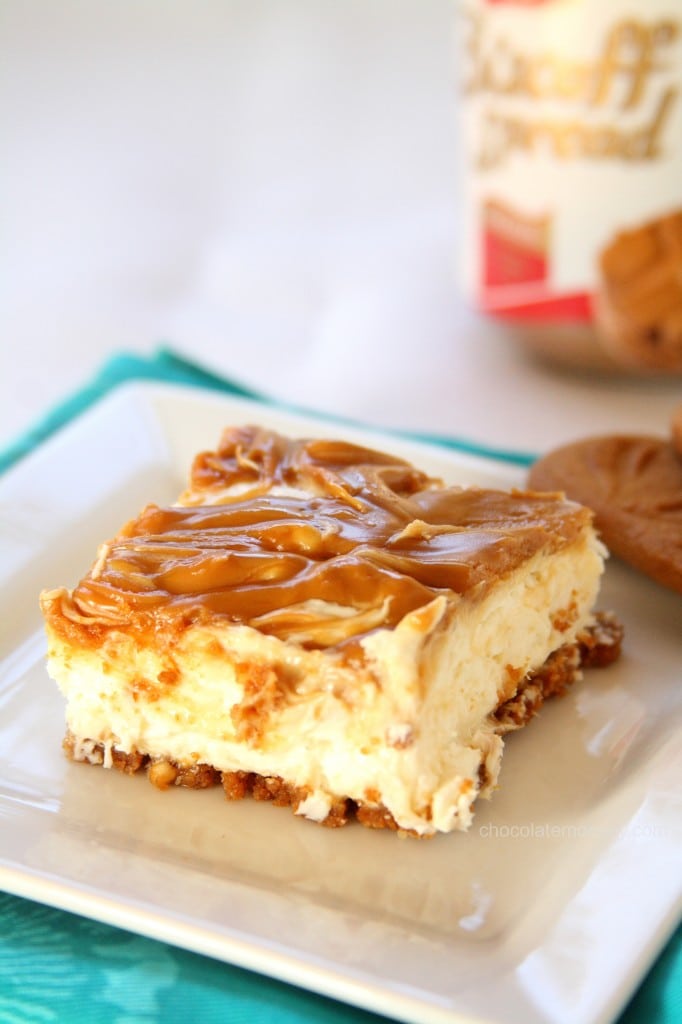 I admit I was a bit skeptical about not baking the crust, but rest assured it worked out. In fact, you wouldn’t know the cheesecake was no-bake.

When I brought them into work, everyone was all, it’s rich! it’s creamy! Then they didn’t believe me when I told them it was no-bake.

This no-bake cheesecake also translates into egg-free. I checked the Biscoff spread label, and it says vegan right underneath the ingredient list. 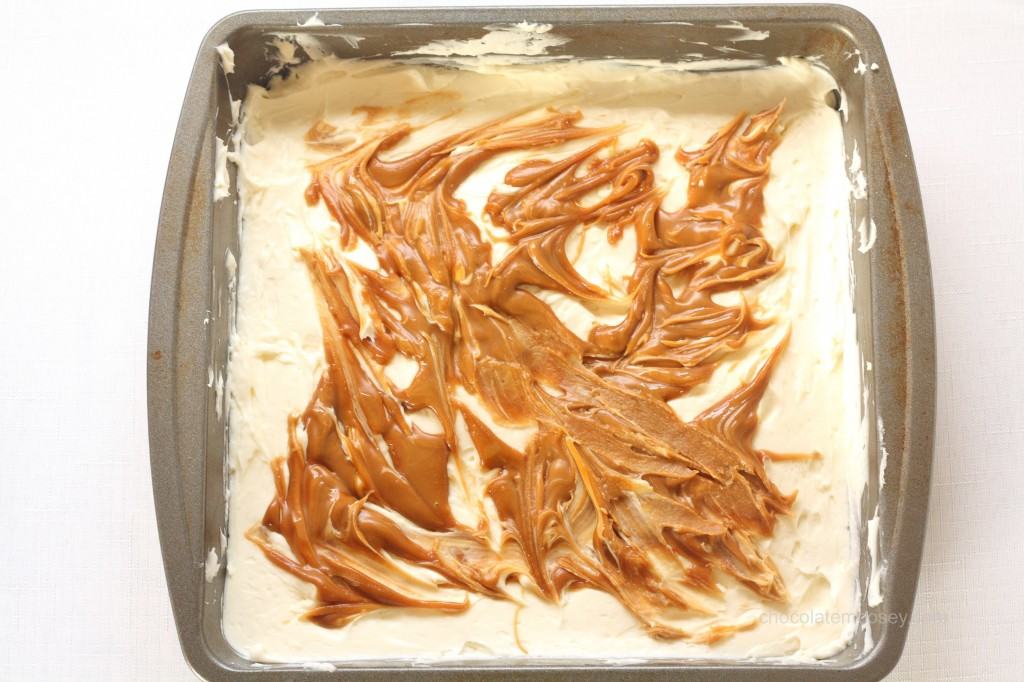 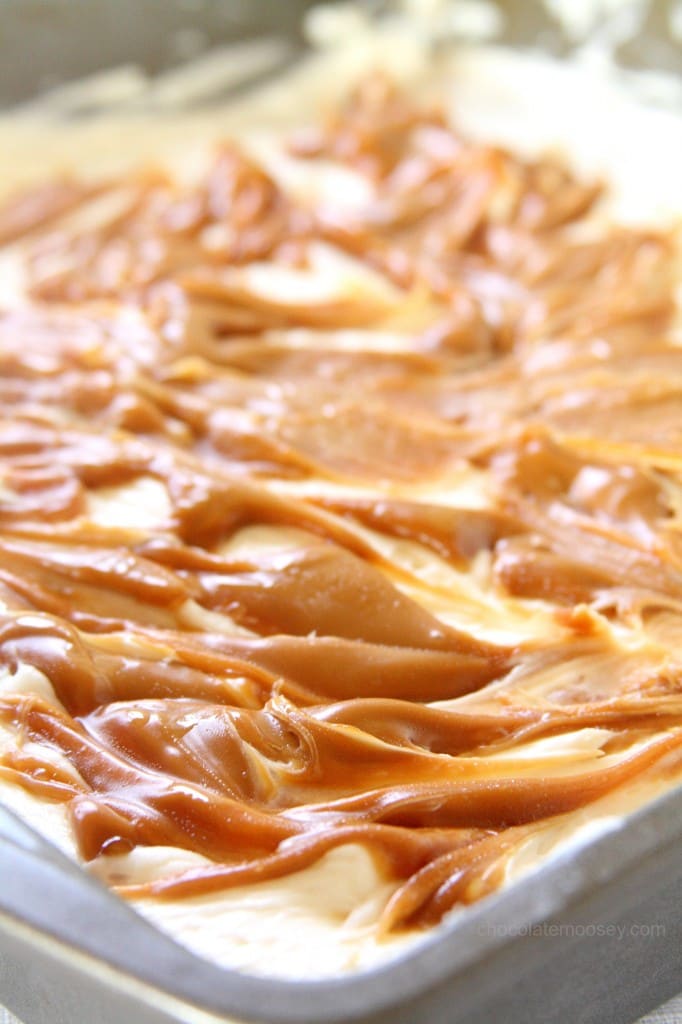 The nice part about being no-bake is there are no eggs.

I was a little nervous for the taste because typically, eggs make the batter rich. How tasty is just cream cheese, sugar, and whipped cream anyway?

I really surprised myself because even though on paper the batter sounded boring, the creaminess you expect in a cheesecake is there.

So if you don’t have time to bake a cheesecake or if you are scared the top will crack, this no-bake recipe is for you. 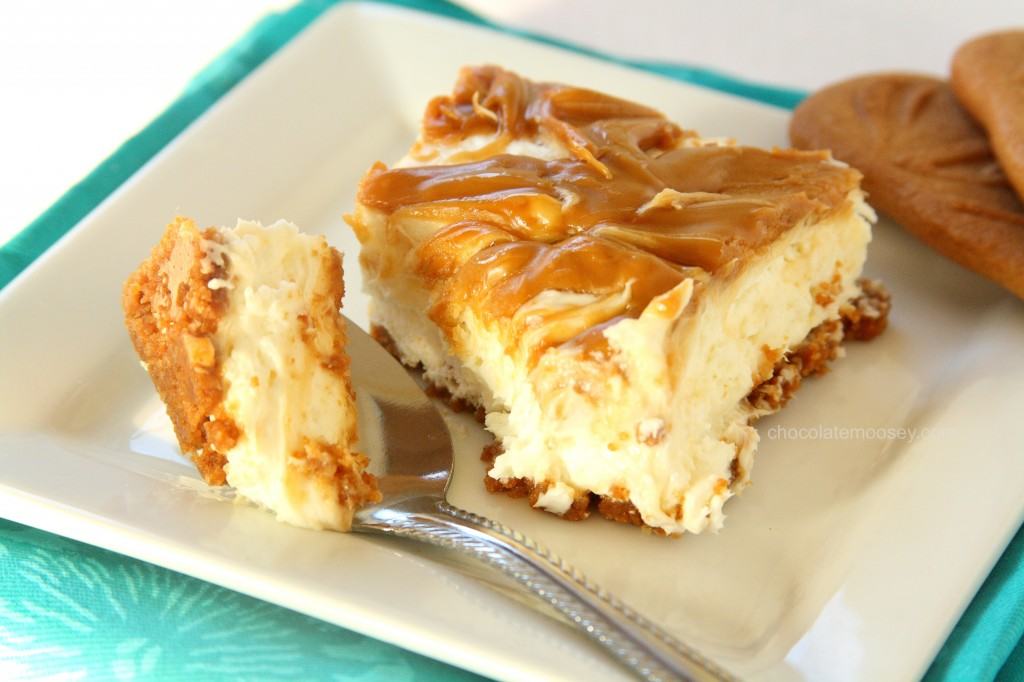 18 comments on “No Bake Biscoff Cheesecake”