This triple Chocolate Cheesecake with Oreo crust and chocolate ganache poured on top is the best dessert for chocolate lovers everywhere. 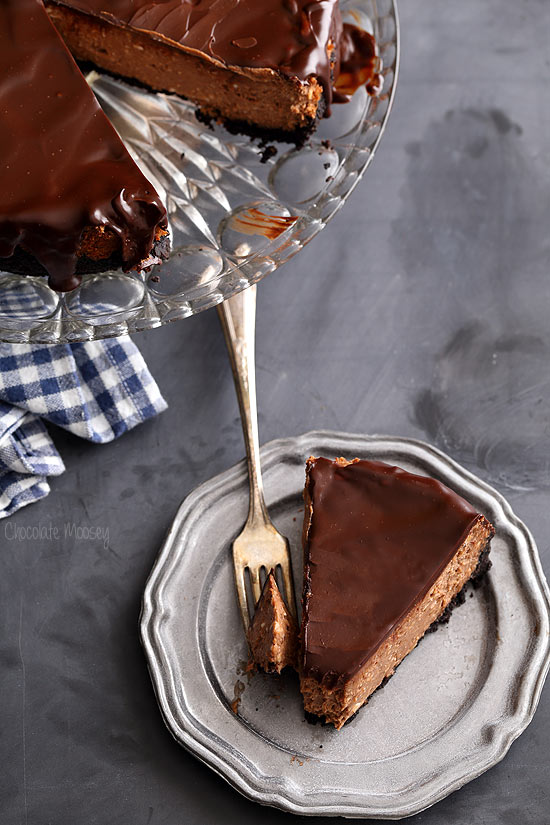 If you asked me what I do with my time when I’m not working, I must admit I’ve been on a TV series watching kick.

I don’t have a Netflix account since I pay for cable, but usually if I want to watch something not current, it’s either not on TV or I’m not caught up on previous seasons to watch a new-to-me show.

When Parks and Recreation aired its final episode ever, I decided to go back and watch the whole season again because I’m going to miss that show.

Then I moved onto The Office where I finally caught up on all of the episodes (I never watched the last season because I was bitter over Steve Carell leaving).

Now that I finished both series (again), what can I watch next?

I’ve heard great things about 30 Rock and I love Tina Fey, so I checked it out. I was hooked since the first episode – why haven’t I watched this sooner?!

The main character Liz Lemon is the head writer for a live sketch comedy show (think Saturday Night Live) who manages her crazy staff while trying to balance her work and personal life.

I love how she is not your stereotypical woman in a TV show – she’s good at her manager position, she’s socially awkward, and she’s obsessed with food.

I’m only on season 3, but my favorite line so far:

“That guy wanted to buy you a drink!
“Really? But I already have a drink. Do you think he’d buy me mozzarella sticks?”

I’m not a fan of mozzarella sticks, but if a guy bought me onion rings, I’m sold.

Too bad 30 Rock ended for good, but I’m betting that Liz Lemon would love this Chocolate Cheesecake I made.

It has an Oreo cookie crust, a creamy chocolate filling, and chocolate ganache poured over top.

A triple chocolate cheesecake for chocolate lovers everywhere (including fictional characters who subscribe to cheese and steak of the month clubs). 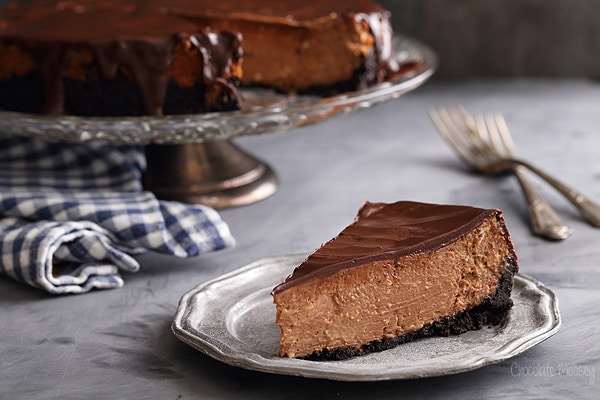 Last month I posted my recipe for Classic Cheesecake as I know there have been requests for it.

This recipe is really simple and does not require a waterbath.

As long as you follow the directions, use the correct pan size, and don’t overbake it, your cheesecake will not crack on top.

And if by some chance it does, just pour some ganache over top. 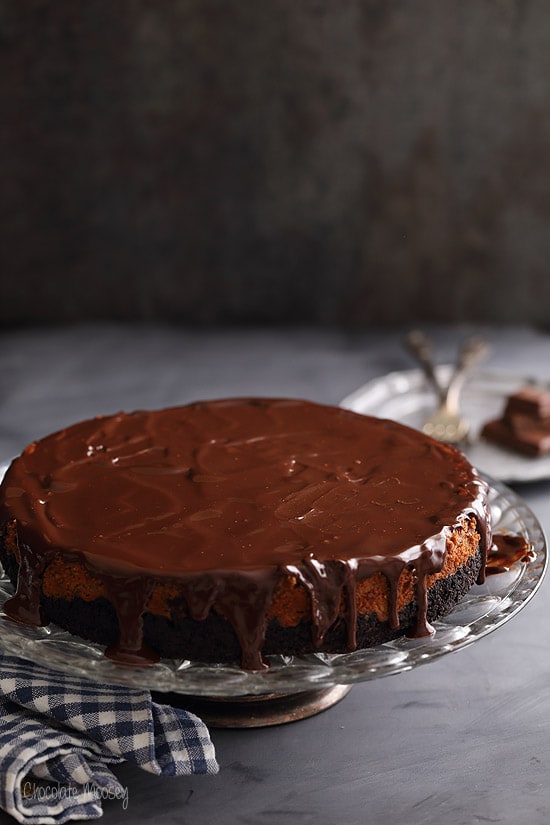 When I share my desserts and tell people there is chocolate ganache on top, they give me the deer in the headlights look.

Ganache? What is that?

It is a chocolate glaze made by melting chocolate and heavy cream together.

The ratio of chocolate to cream will determine how soft the ganache will be as it can be used either as a glaze or filling.

In this recipe, it’s a 1:1 ratio, which means it will harden just enough to be a glaze.

Not hard as in magic shell hard as it will still have a soft bite to it, but it will harden enough that you can touch it and not get melted chocolate everywhere.

For more information, learn how to make ganache complete with step by step photos. 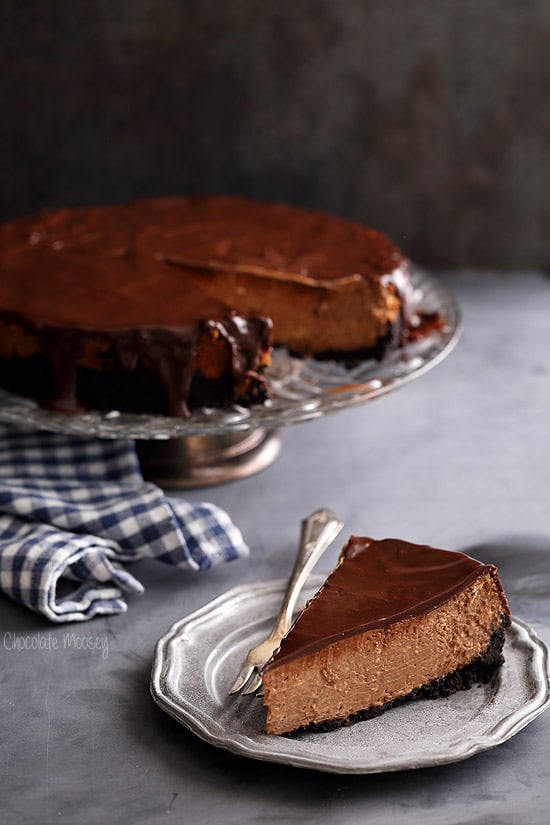 It’s not going to take me long to finish watching all of 30 Rock, so I’m going to need a list of shows to watch next. What shows do you recommend?

If you’re looking for a smaller cheesecake to serve, check out my 6 inch chocolate cheesecake recipe. 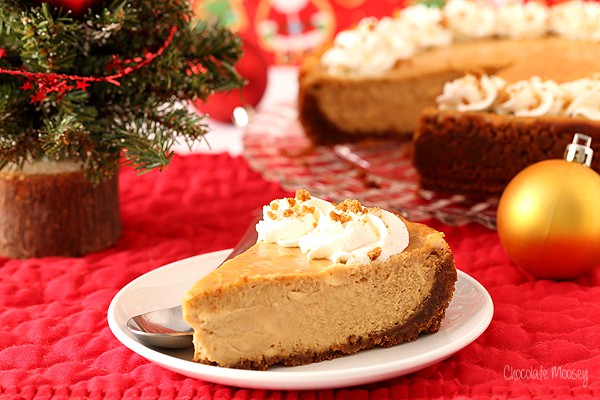 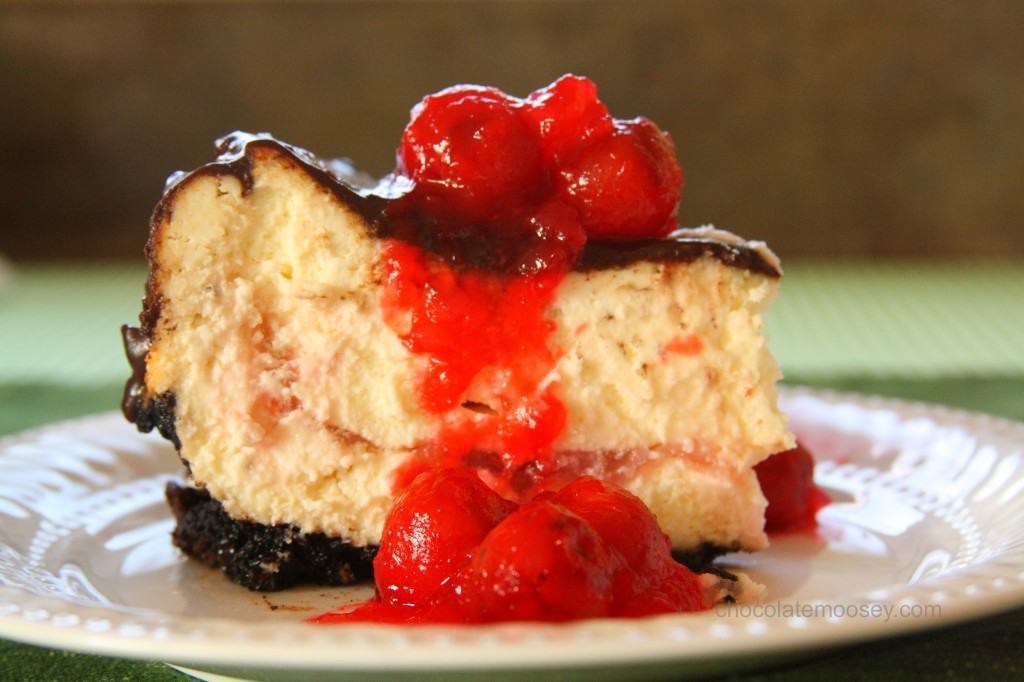 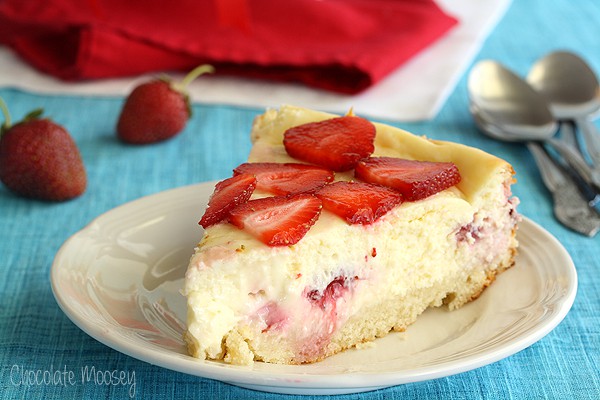 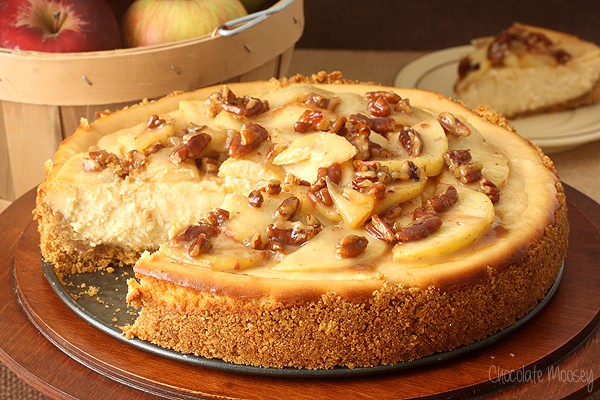 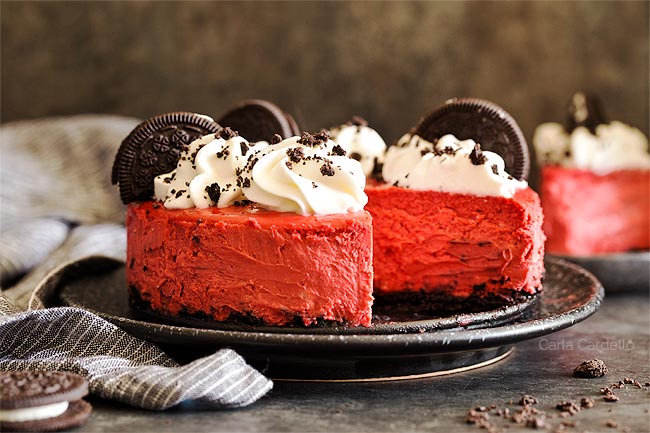