Forget the pie! Satisfy your lemon craving with Lemon Meringue Cheesecake with toasted meringue and a buttery shortbread cookie crust. 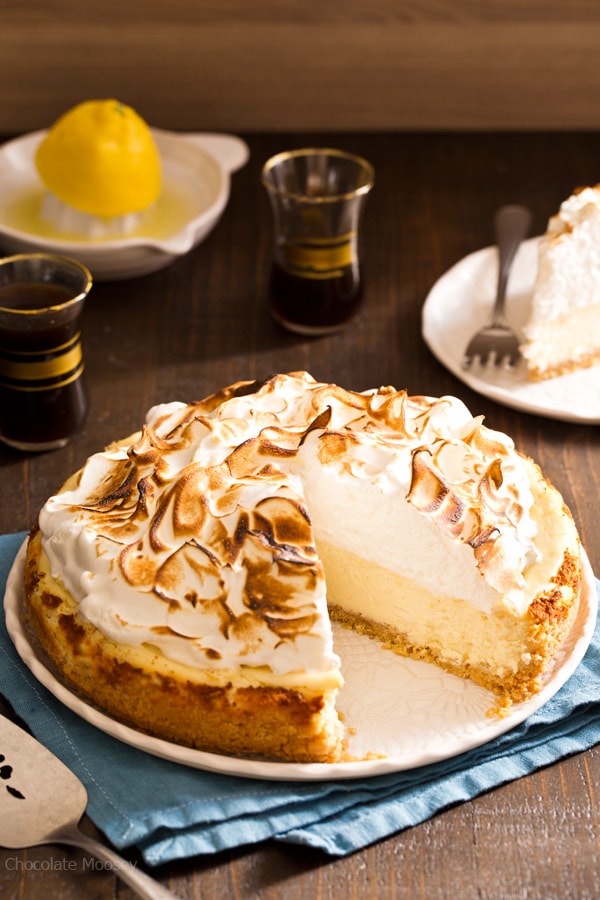 Confession – I have a slight irrational fear of working with propane. I’m always afraid it’s going to explode into a giant fireball when I light it up then I would have to explain to my landlord why his building is no longer standing. When I light the grill, I can’t walk away. So it makes total sense I would…buy a blowtorch to toast things. The things we do in the name of good food. I have an electric oven, which means I can’t mimic fire like I could with my parent’s gas broiler. Buying a torch was the next best thing (AND the apartment is still standing).

Why did I go against my fear? Because I love toasted meringue that much. I remember falling in love when I first made Baked Alaska back during my middle school cooking class. Its crisp, toasted exterior was a lovely contrast to the frozen ice cream below. That same concept applies to this Lemon Meringue Cheesecake with its cold creamy cheesecake base, crunchy shortbread cookie crust, and toasted meringue topping. It’s reminiscent of lemon meringue pie with its puckery lemony filling and buttery cookie crust. It’s like pie but for cheesecake lovers. 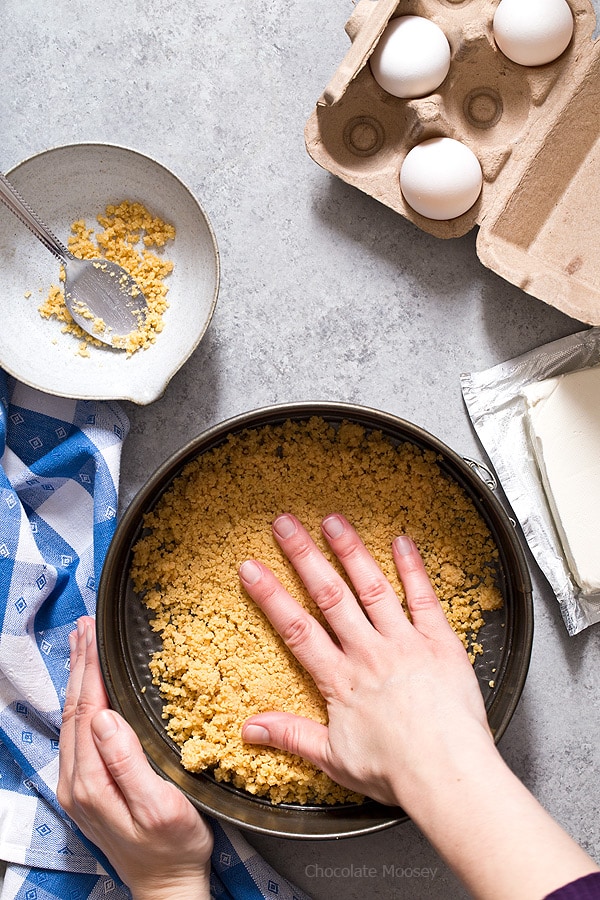 Instead of pie crust, I made a shortbread cookie crust. Still buttery like pie plus shortbread and lemon go SO well together. However, you can easily substitute graham cracker crumbs. 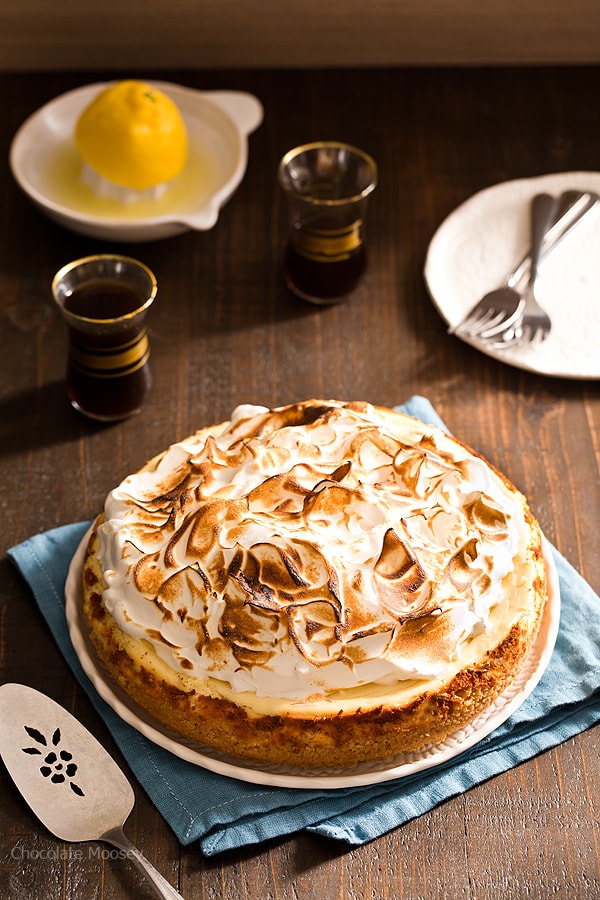 There are two ways you can toast the meringue. The first way is with a blowtorch. I bought a heavy duty blowtorch from the hardware store because I’ve been told time and again the culinary blowtorches you buy at kitchen stores don’t do a good job and are overpriced. 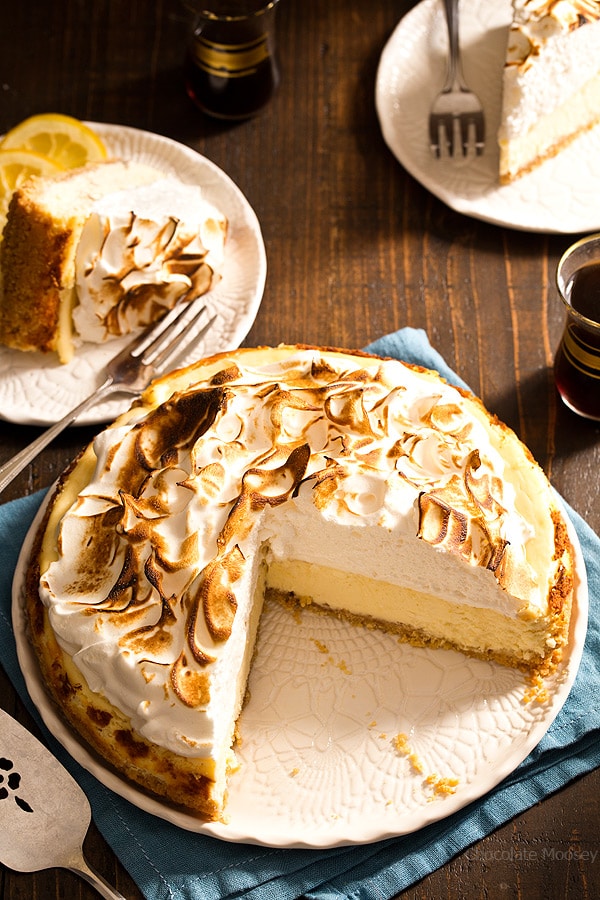 If you don’t have a blowtorch, the second way is with the oven. You’ll want to leave the springform pan intact to protect the sides of the cheesecake. Spread the meringue over the top, fully sealing without any holes. The meringue acts like an insulator, preventing the heat from getting in. 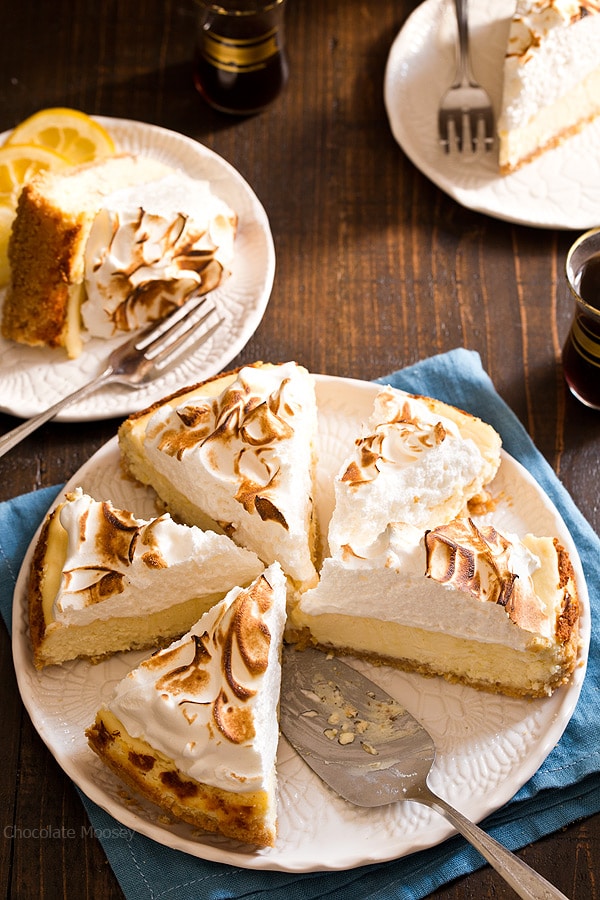 My S’mores Baked Alaska is proof because the ice cream stays frozen while the meringue is baking. Although the cheesecake won’t melt, it could potentially overbake if there are holes. That’s why it’s best to use a blowtorch, but I know not everyone has one. 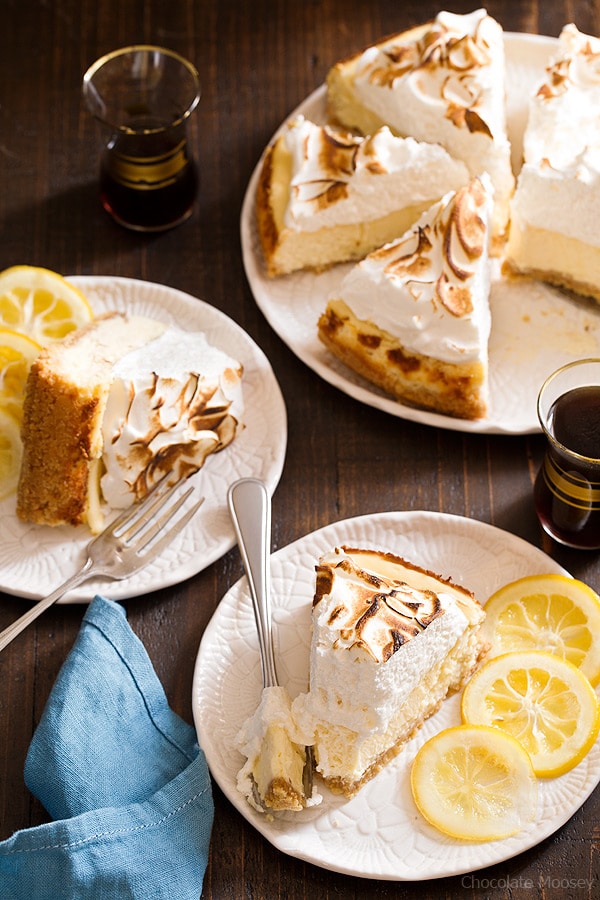 It’s best to toast the meringue right before serving as it won’t hold its toastiness in the fridge. Don’t worry – you can still refrigerate leftovers with meringue for up to 2 days and still taste good (just not as cripsy). However, the cheesecake itself is good for up to 1 week, so you can easily scrape off the meringue and replace it with whipped cream (I may or may not have done this). 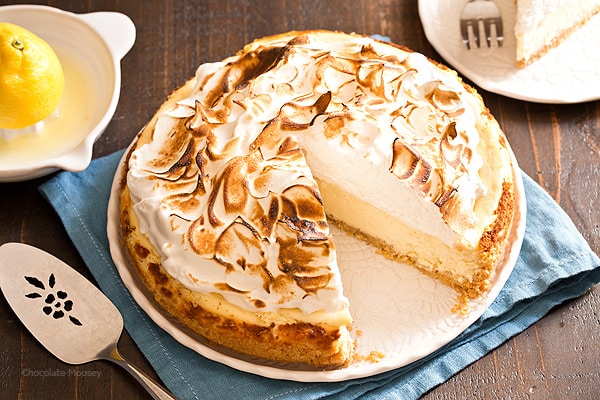