Homemade Small 6 Inch German Chocolate Cake For Two is a moist and delicious one layer chocolate cake you can make from scratch without a cake mix. Top it with a small batch of coconut pecan frosting. 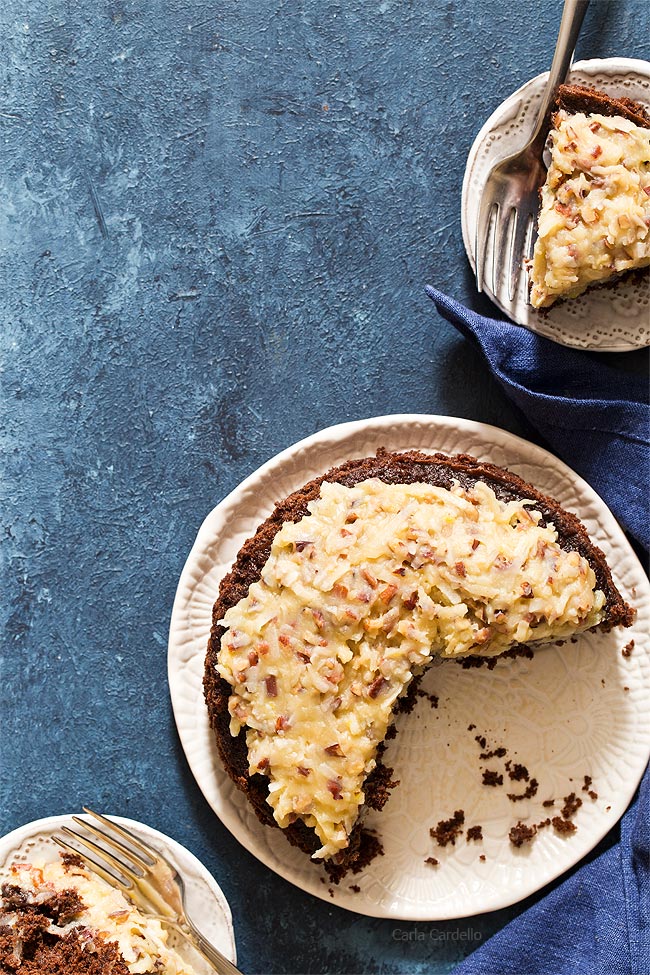 I wanted to break the recipe into two posts because I repeatedly use my coconut pecan frosting recipe in numerous recipes. I use that recipe so much, I even gave my recipes their own German chocolate category.

He always talks about some amazing slice of German chocolate cake he had at Busch Gardens. I’ve never tried that cake for myself, so I’ll never know how it compares. All I know is Dad approves of both.

It wasn’t until now I finally scaled it down into a one layer 6 inch cake, compared to the three layer cakes you find when you search for a recipe. 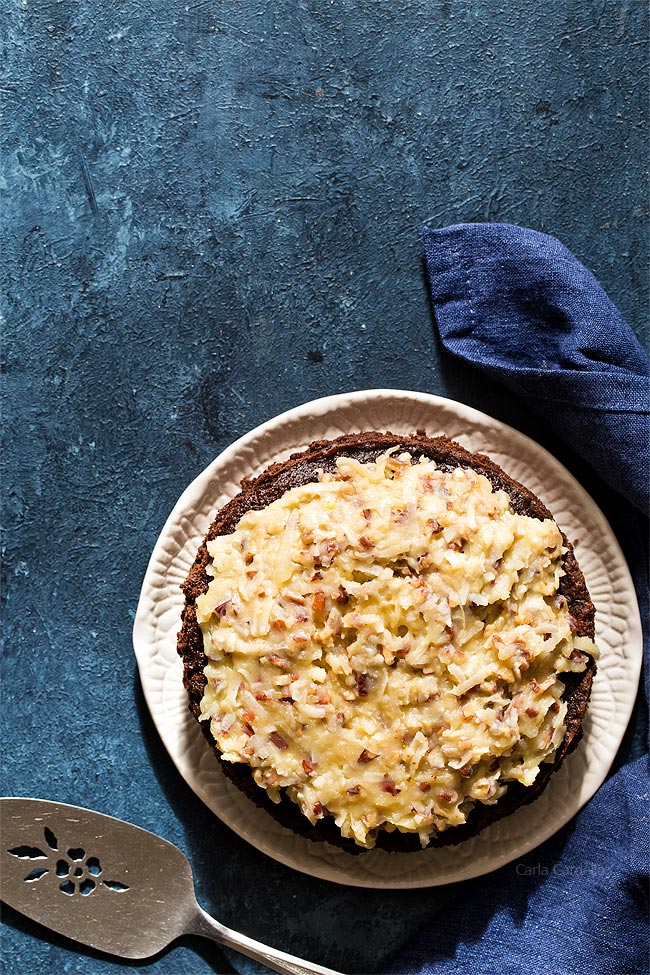 First, let’s talk about what German chocolate cake isn’t. Despite its name, it’s not German. It’s actually based off of a Texas sheet cake, also a chocolate cake with coconut pecan frosting.

The name comes from a guy named Sam German who discovered a new type of chocolate to use (in a green box strategically called German’s chocolate). It’s purely coincidental his name happened to be the word German and not in any relation to Germany.

The name of the cake started out as German’s chocolate cake, which meant the cake belonged to Sam German. However, along the way the ‘s was dropped, making it seem like the cake came from Germany.

Side note: This is why grammar matters. 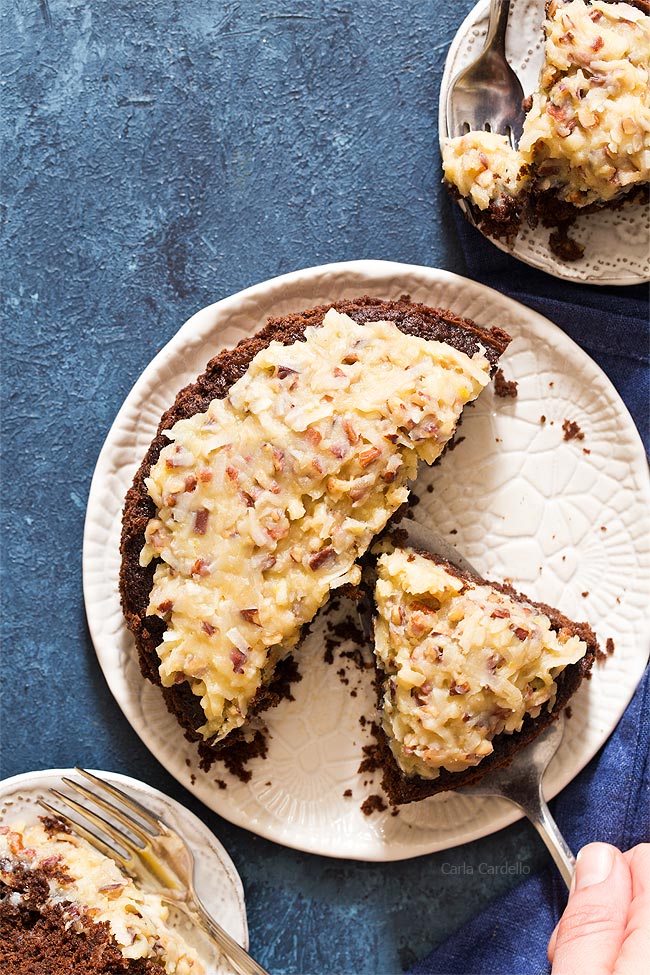 No, that isn’t a typo. I really do mean cacao, named after the cacao bean (not cocoa).

So what do these cacao percentages mean? They refer to how much of the chocolate is made from pure cacao beans and how much is added sugar.

Unsweetened chocolate is 100%, which means it’s all cacao bean and no added sugar. It’s also inedible to eat as a snack (trust me).

Semisweet chocolate is usually around 55%, which means 55% is cacao bean and 45% is added sugar.

An easy way to remember all of this is the higher the percentage, the bitterer it will be. 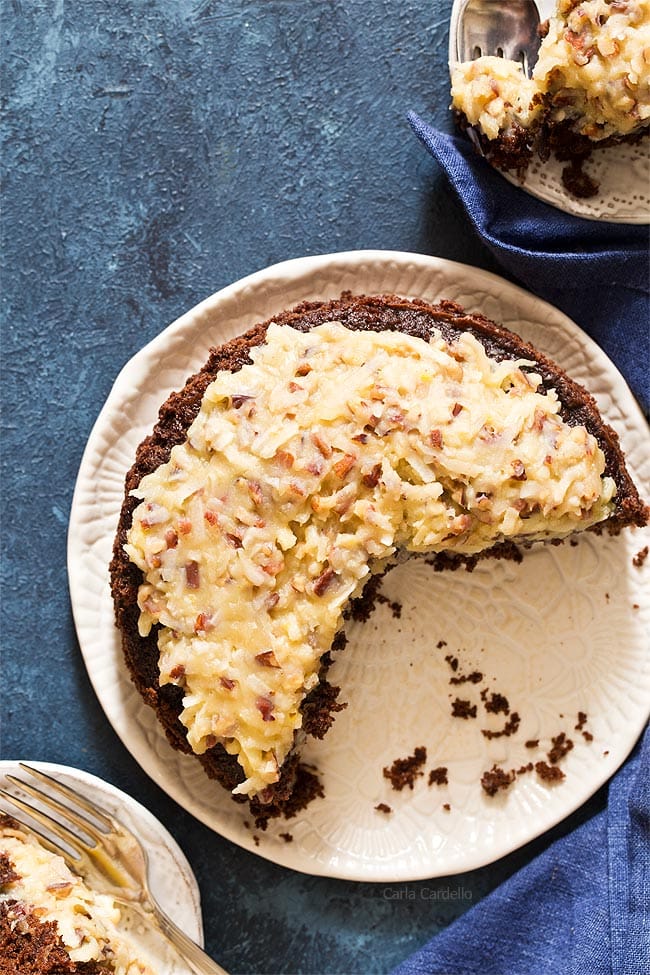 Not only does it add more chocolate flavor, but I also needed to balance the wet ingredients with more dry ingredients. Instead of extra flour, I chose cocoa powder. 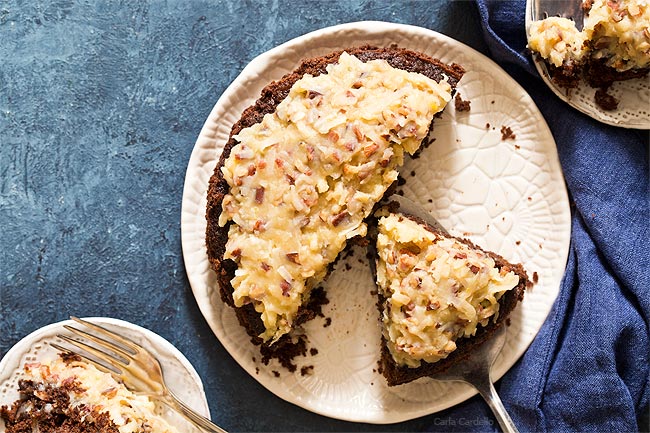 For a full list of small cake recipes, check out my 6 Inch Cake Recipes guide.