When two desserts become one with a fall twist – Pumpkin Cheesecake Brownies with a chocolate cinnamon brownie bottom and a creamy pumpkin layer on top. 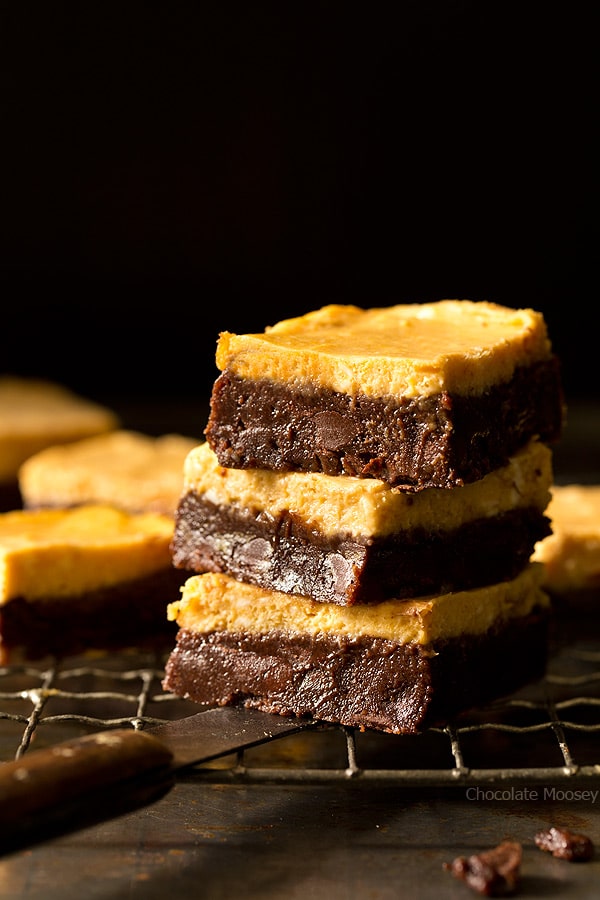 I’ve been enjoying pumpkin goodies behind the scenes but haven’t posted anything new until now. It took me awhile to even order my first pumpkin spice latte of the season.

I blame the weather because who wants to drink a PSL when it was still 80 degrees outside?

Last month I made a mocha brownie cheesecake. This time I made cheesecake brownies.

These Pumpkin Cheesecake Brownies are similar to my peanut butter cheesecake brownies but with a fall twist using pumpkin and cinnamon.

The cinnamon is actually in the brownie batter because it pairs well the chocolate. I discovered that trick with my chocolate chip pancakes and try to add cinnamon to chocolate whenever it makes sense. 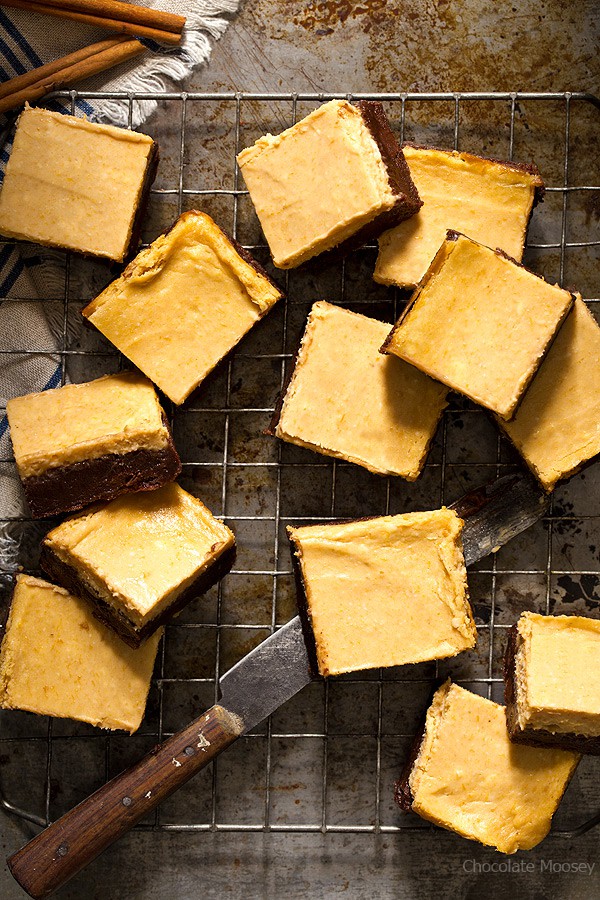 Do you have a canned pumpkin shortage in your area? I keep reading about friends frantically looking for pumpkin, but it’s everywhere here in Pittsburgh.

I bought a few cans without any issues. Maybe I should pick up a case and then sell it when Pittsburgh does run out. Supply and demand, right? 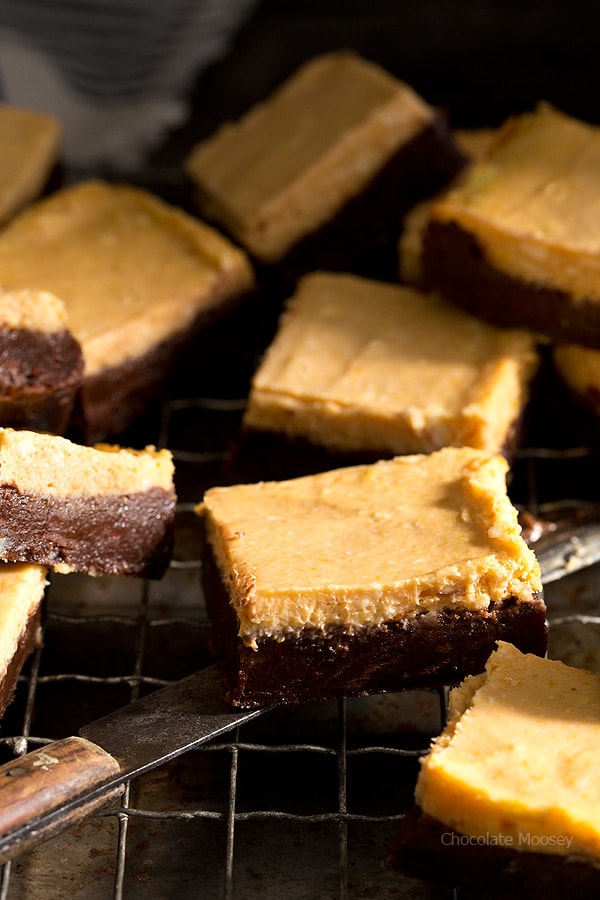 Usually when I think of pumpkin, I don’t think of semi-sweet chocolate; I think about white chocolate or graham cracker first.

However, pumpkin does work well with these fudgy brownies. I do recommend keeping them refrigerated before serving because they can be a bit messy at room temperature (plus practicing good food safety with the cream cheese layer). 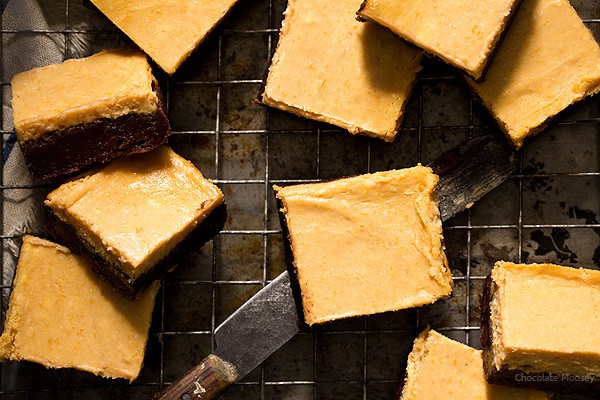