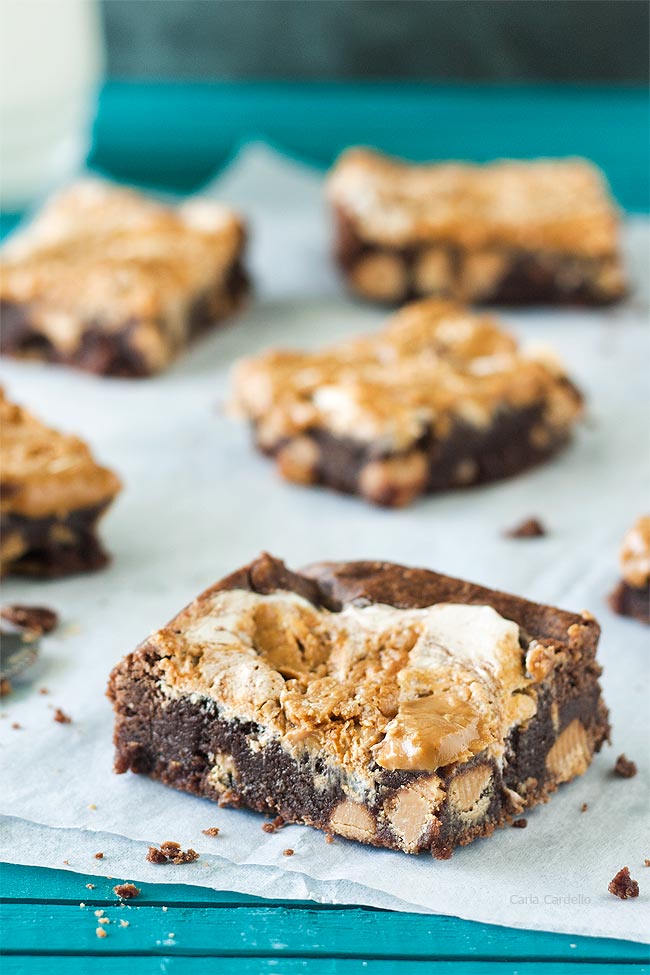 I’m not talking about choosing between chocolate and vanilla, cookies and brownies, or cheese and no cheese.

And sometimes when the decisions leave you restless and confused inside, you don’t know which way to jump.

Being an adult is hard. But you know what isn’t hard?

There are no decisions here. Chocolate peanut butter brownies with marshmallow fluff in one fudgy brownie.

See? No decisions. Just make them, eat them, and pretend the real world doesn’t exist. 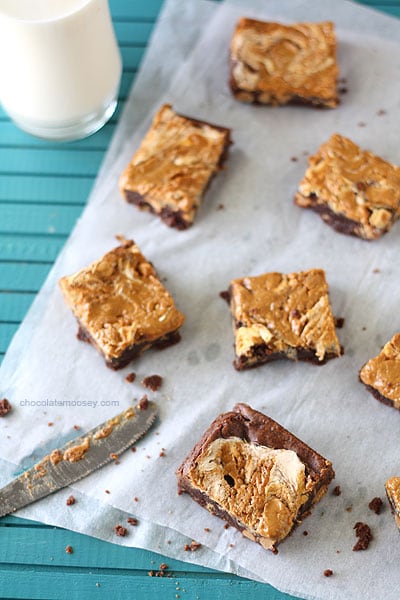 I love making homemade brownies because you only need one pot to make the batter. This brownie recipe uses cocoa powder so you don’t need to melt chocolate separately.

First, you melt the butter and peanut butter together. Then you whisk in the cocoa powder, sugar, salt.

At this point, the batter will be thick and grainy. Once you beat in the egg and vanilla, it’ll smooth back out.

Then you stir in the flour and peanut butter chips. Transfer to a loaf pan, swirl in more peanut butter and marshmallow fluff, and 20 minutes later, you have dessert.

I knew these brownies needed to be chewy and fudgy because I didn’t want to take the extra time to frost them. In fact, the peanut butter swirl on top acts like a “frosting”, which makes them ready to serve as soon as they cool.

All of this means you can whip up brownies at the last minute with little effort. Easy decision. The hardest part is deciding how many to eat. 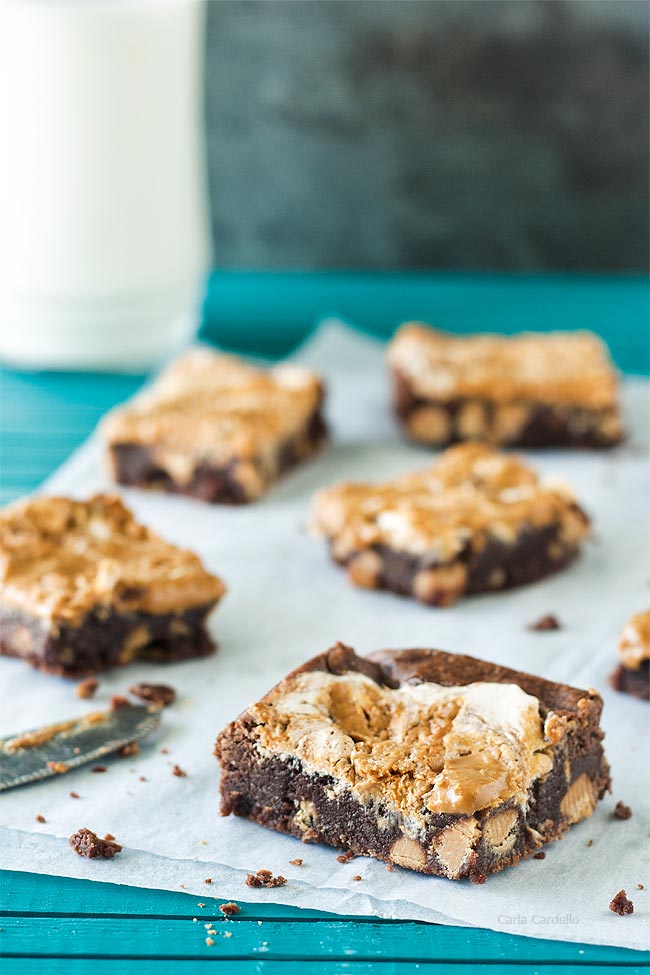 Another decision that you don’t have to make is whether you should swirl in peanut butter or marshmallow fluff. Just swirl in both!

I originally published the recipe as Fudgy Fluffernutter Swirl Brownies, but not everyone was familiar with the term fluffernutter. 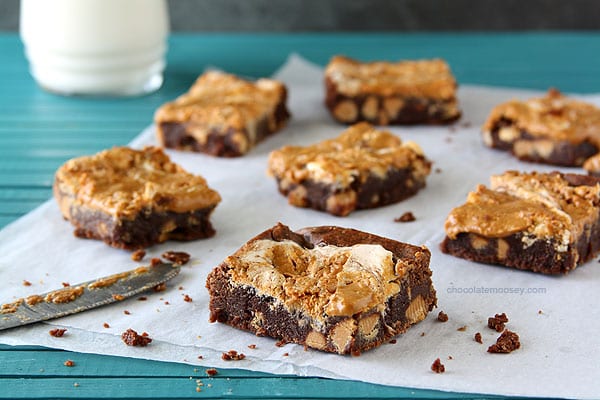 There’s a saying that if you can’t make a decision, flip a coin because when it’s in the air, you’ll know how you want it to land. Maybe I’ll flip some brownies.

To make Brownie Ice Cream, follow the directions for my German chocolate ice cream using 4 ounces semisweet chocolate. Instead of adding frosting, add about half a pan of chopped brownies.