Stuck with extra cranberries and tired of cranberry sauce? Throw together this easy small batch Cranberry Apple Crisp with pecans. Warm and comforting in every bite! 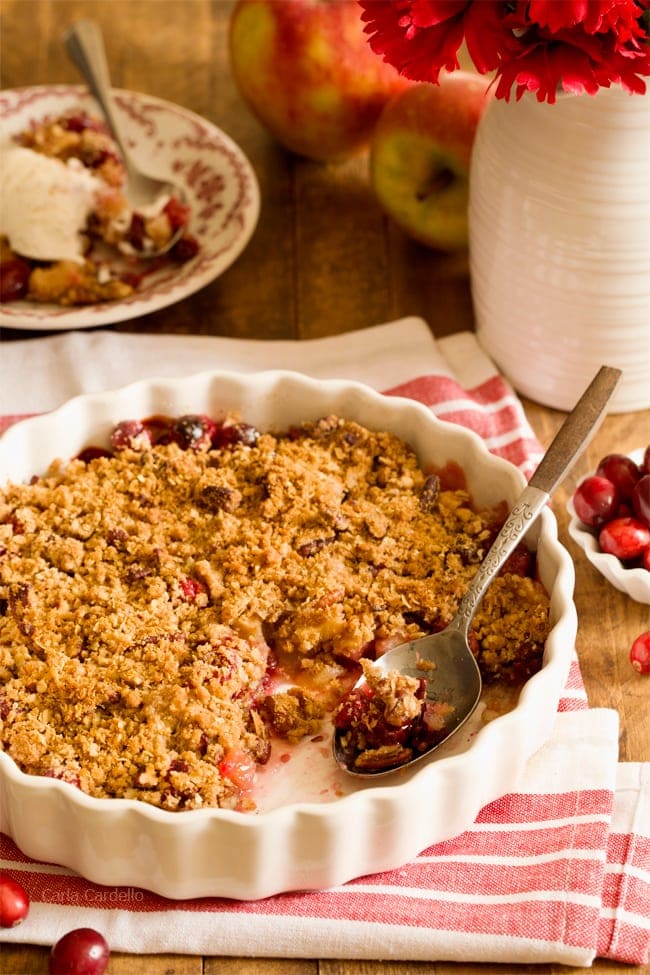 Every Thanksgiving, this scenario happens.

I buy a big bag of cranberries to make homemade cranberry sauce.

I end up with a ton of cranberries leftover. Sure I could freeze them, but then I end up throwing them out 6 months later anyway.

I can always make more cranberry sauce and use on top of Cranberry Baked Brie. That’s usually a good dinner, er I mean snack option you’re supposed to share with other people.

But with Thanksgiving coming up soon, I wanted to make a cranberry dessert as a sigh of relief from the traditional pumpkin pie.

Not that there’s anything wrong with pumpkin pie, but sometimes you want to break up the monotony.

This Cranberry Apple Crisp has all the flavors of fall in one bite. The sweetness from the apples helps balance out the tartness from the cranberries. Then you have crunchy pecans on top. Warm and comforting at its finest.

The recipe makes a small batch, about 4 servings or so. It’s ideal when you don’t want too much leftover but at the same time want more than one bowlful.

You can also serve it with your Thanksgiving Dinner For Two or even Christmas For Two. 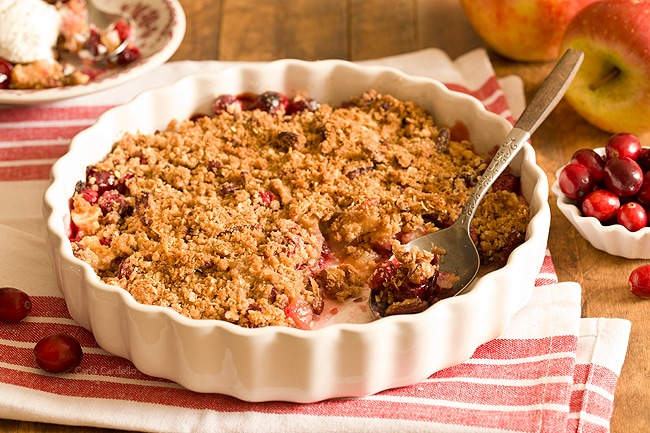 What makes a crisp a crisp and not a cobbler or a crumble or a grunt or a…? A crisp is a cooked fruit filling with a streusel topping. The difference between a crisp and a crumble is crisps have oats.

Fruit crisps are one of the easiest desserts to throw together when you don’t have a lot of time. I won’t say it’s the quickest recipe because it takes almost an hour to bake, but prepping is fast. Toss everything together then bake. No need to cook the filling separately. 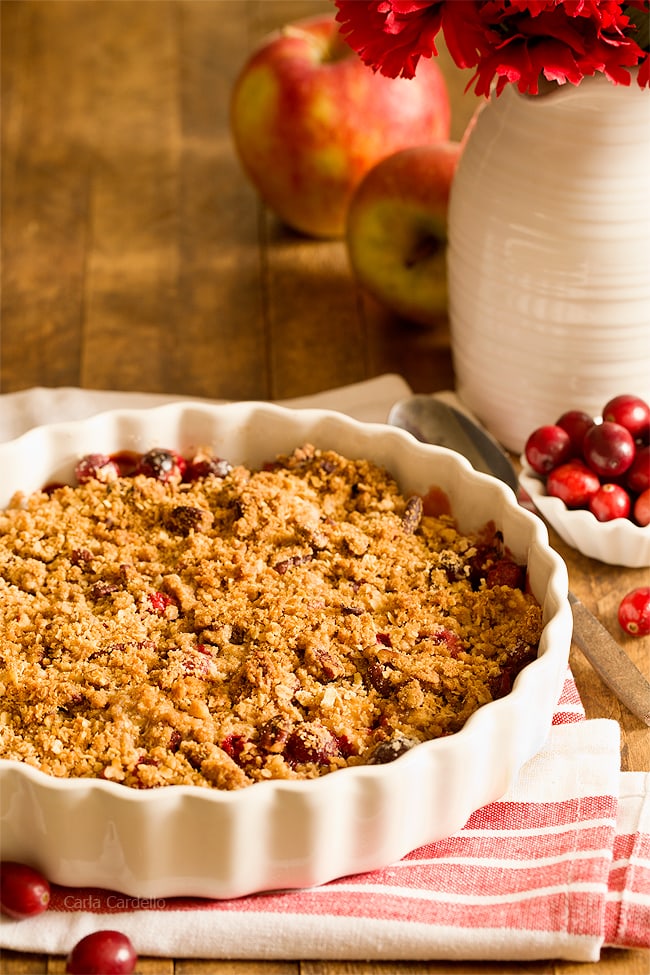 Fresh cranberries are in season from roughly October until December and can found in the berry section of your grocery store (which makes sense because they’re calling cran-BERRIES).

If you are having trouble finding them – out of season, sold out, whatever – you can use frozen cranberries. Make sure they are completely thawed, drained, and patted dry as much as possible.