Flavorful chili ready to eat in an hour? Why yes, it is possible with this Buffalo Chicken Chili recipe! Ground chicken, black beans, and hot sauce come together in this hearty one pot meal. 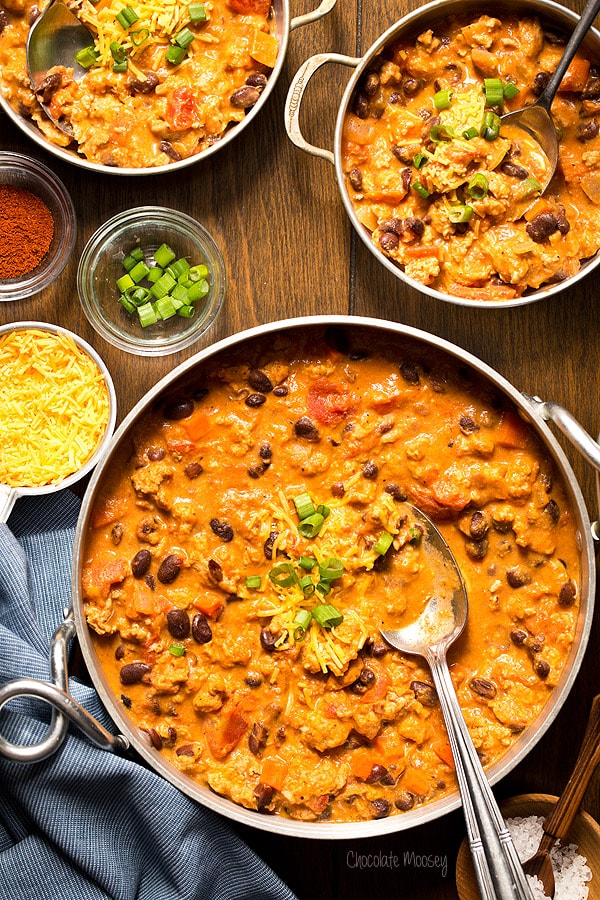 Did you make any New Year resolutions? Or rather, did you break any of them yet?

Mine are pretty boring. There’s the usual eat healthier, exercise more. I’ve been buying more bananas lately so I can make my banana yogurt smoothies and grapefruit and clementines for snacking.

I can’t go on a full sugar detox since making desserts is part of my job, so I have to balance it out with lots of produce.

For the exercise, I haven’t been walking as much since it gets dark at dinner time, so at the very least I will walk up and down my street during my afternoon break.

Then of course another resolution is the dreaded menu planning.

Some weeks I really hit it out of the park and plan out the entire week effortlessly.

Other weeks I’m struggling to figure out dinner at 4 PM when it’s time to prep and cook.

When you think of quick meals, chili may not be the first dish to come to mind as most recipes take a few hours to simmer, but since I tend to be impatient, I made a quicker version with this Buffalo Chicken Chili recipe.

I’ve had the idea to make this chili for a few years now but have never gotten around to it. Every time I put it on the list, it was soon replaced by another dinner recipe.

Finally I said January will be it – the month of buffalo chicken chili.

January felt like the ideal month to make it. One – it’s cold and dreary outside (or relatively warm and dreary, depending on Mother Nature’s mood).

Two – it’s a bit on the healthier side (or at least compared to most dinners I make). 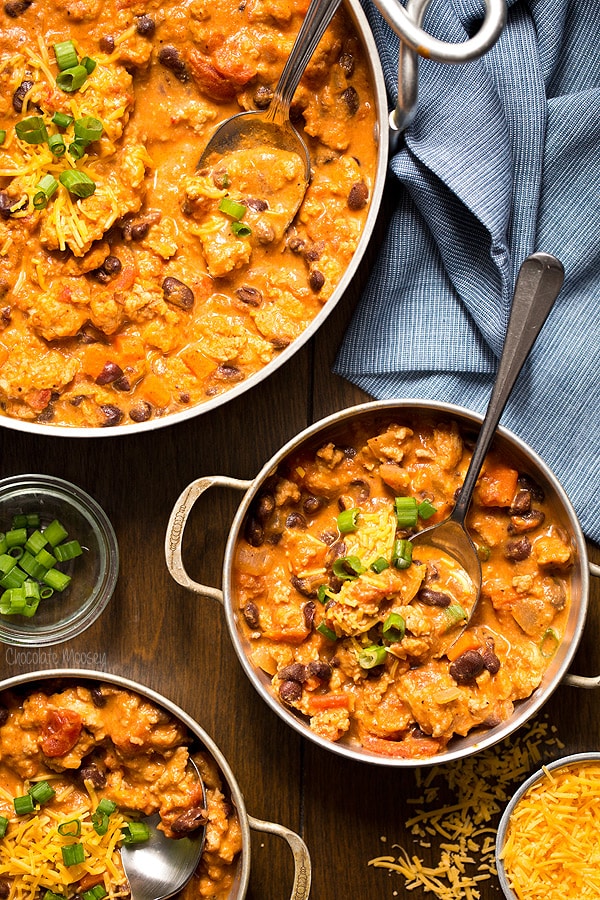 I asked this question to a group of friends, and it was pretty split.

Half said they added beans while the other half were pretty adamant about no beans.

It boils down to whether you’re from the North or South.

Since I’m from PA, I’ve always had chili with beans, so I added black beans. Otherwise it’d just be ground chicken with sauce, which sounds a lot like sloppy joes to me.

Since you’d be the one making and eating this chili, I’ll let you be the judge of adding beans. 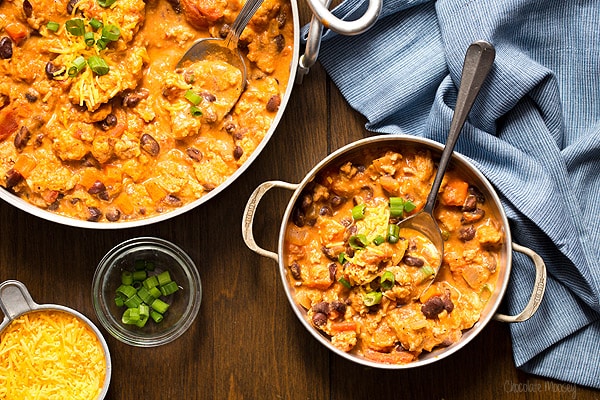 Since you’ll have leftover black beans, check out my vegetarian stuffed peppers. 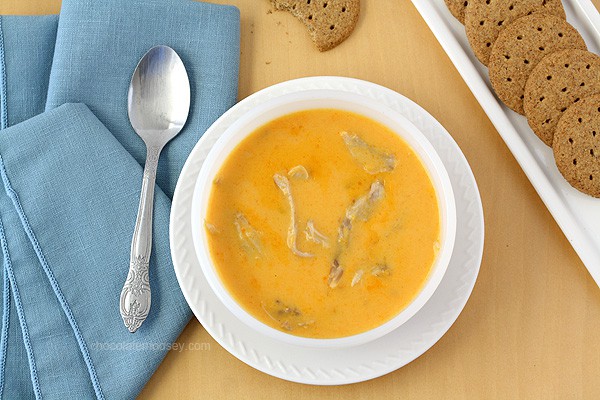 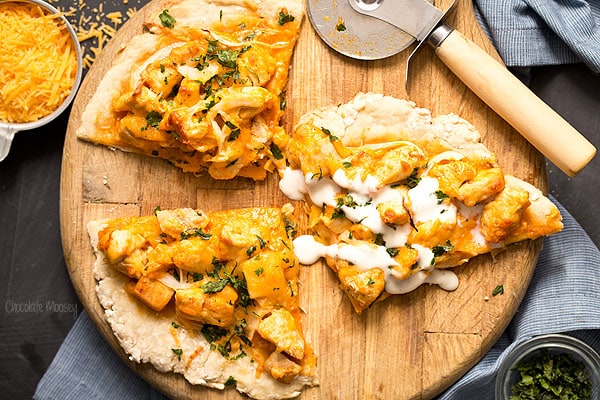 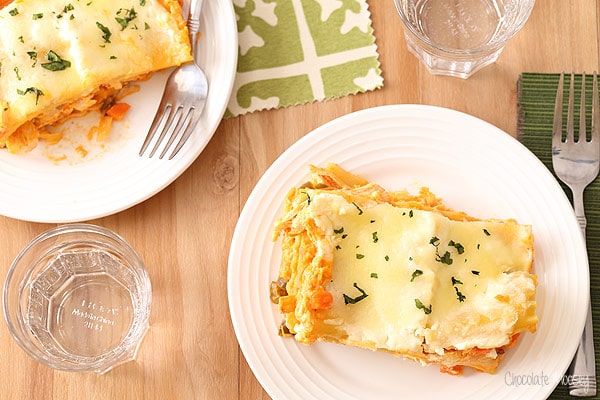 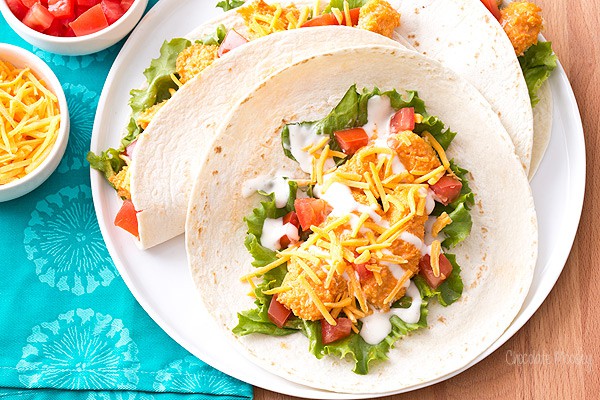 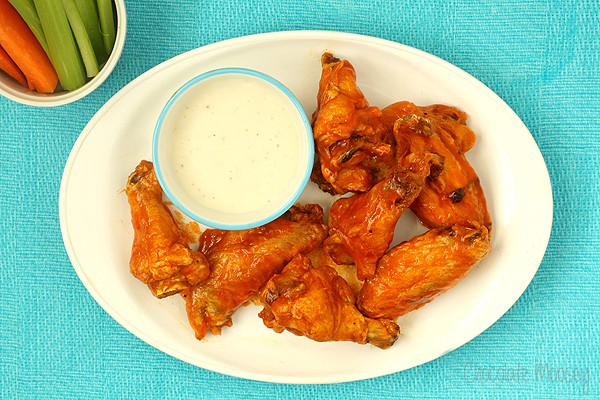