Creamy and luscious Coconut Milk Hot Chocolate made with canned coconut milk and real chocolate will be your new favorite hot drink this winter. Dairy free and vegan. 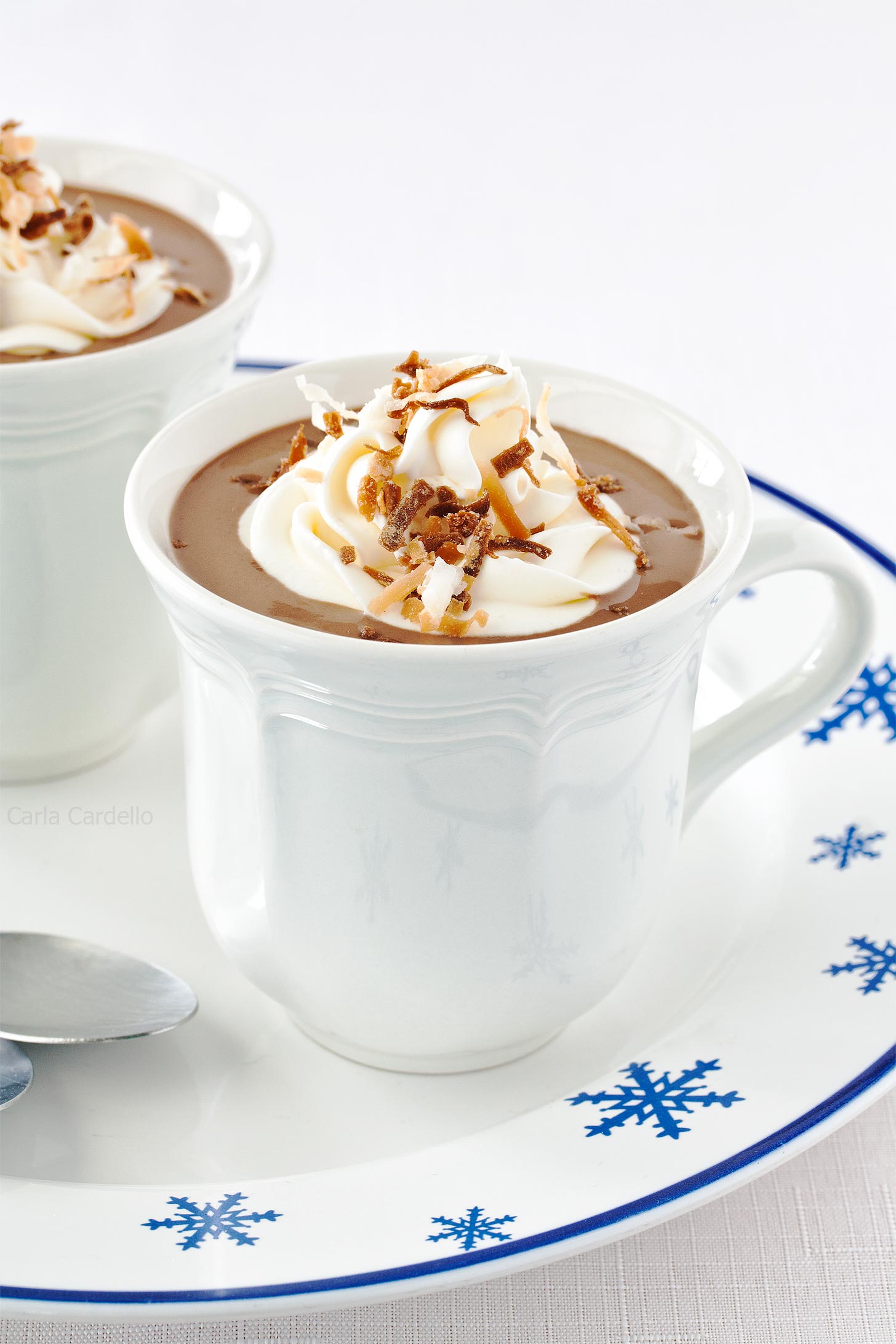 You know that moment where something tastes ten times better than you imagined, and it tastes so good that you made it again to share with everyone?

That’s how this Coconut Milk Hot Chocolate recipe made me feel once I took a sip.

I can’t get over how thick and creamy this hot chocolate with coconut milk is (almost like my Thick Hot Chocolate), not to mention the harmony of chocolate and coconut milk together.

Coconut Milk Hot Chocolate is a dairy free hot chocolate made with canned coconut milk. I added a bit of extra coconut oomph with coconut extract and toasted coconut.

As with most of my recipes, this recipe for coconut milk hot chocolate makes two servings. Make a batch for a loved one as you play board games together.

Or easily cut the recipe in half so you have one single cup for yourself while watching tv with the cat. 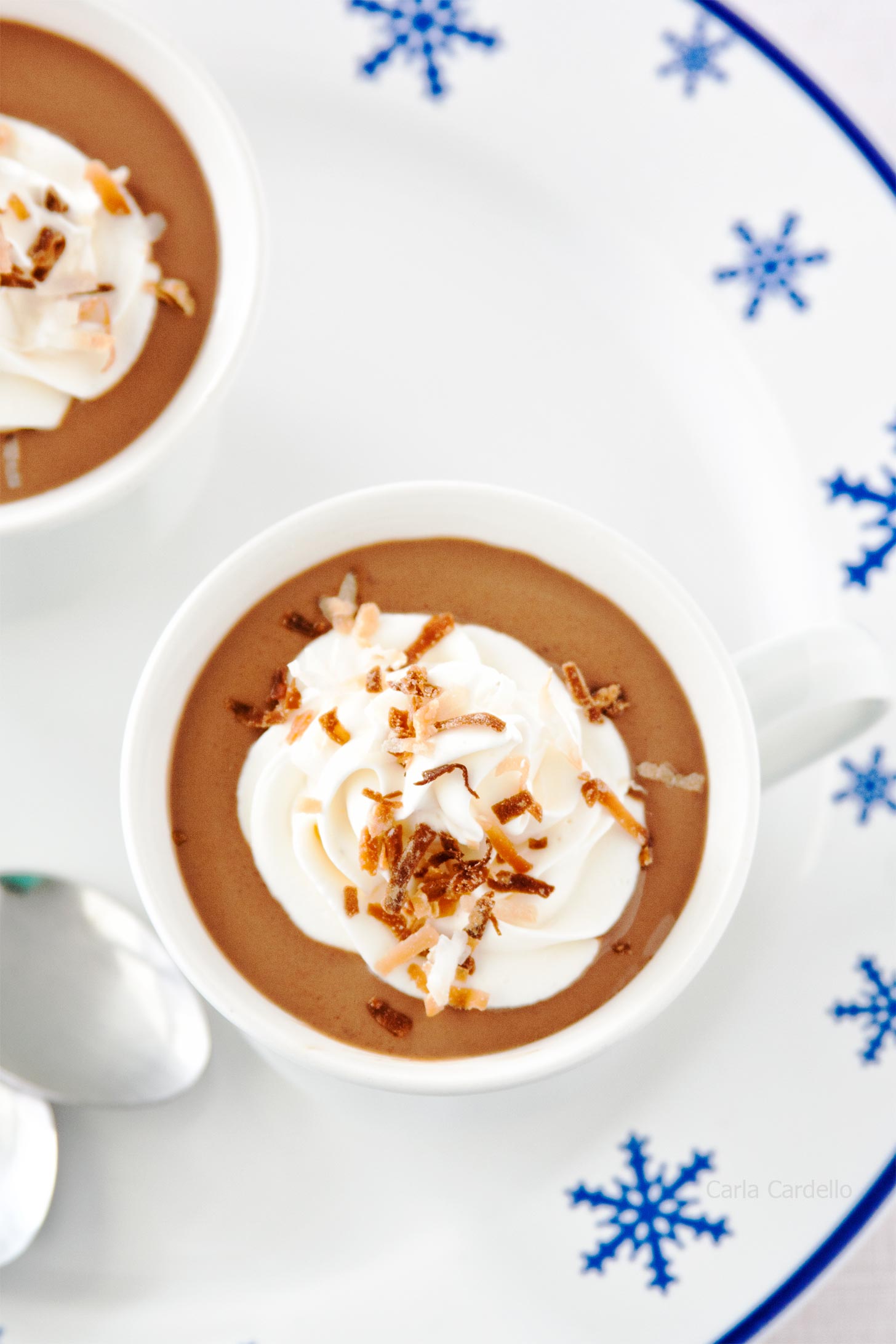 What Is canned coconut milk?

Coconut milk is coconut meat (the white part inside a coconut) mixed with water and blended until smooth.

When I say canned coconut milk, I’m referring to what you often find in the Asian, Latin, or even baking aisles.

This is not the thin milk carton kind you find in the dairy section. My recipes have only been tested with canned.

Next, double check the label. It should say coconut milk. Not cream of coconut. Not coconut water. And make sure it’s the normal version and not lite. It won’t have enough fat if it’s lite.

How To Measure Canned Coconut Milk

Most of the time when you open canned coconut milk, you’ll see the cream (the solid part) sitting on top. Once you dump the can, you’ll notice the liquid underneath.

You want to make sure these parts are equally distributed before using. You can either shake the can really well or dump everything into a large bowl or measuring cup then stir until it becomes one rich and creamy liquid.

It should now be a smooth pourable liquid you can measure, much like regular milk.

If you’re using leftover coconut milk that was refrigerated, it needs to be at room temperature. It’ll be too thick to measure properly if used cold.

What To Do With Leftover Coconut Milk

You’re going to have leftover canned coconut milk, so what do you make with it? Check out these coconut milk recipes: 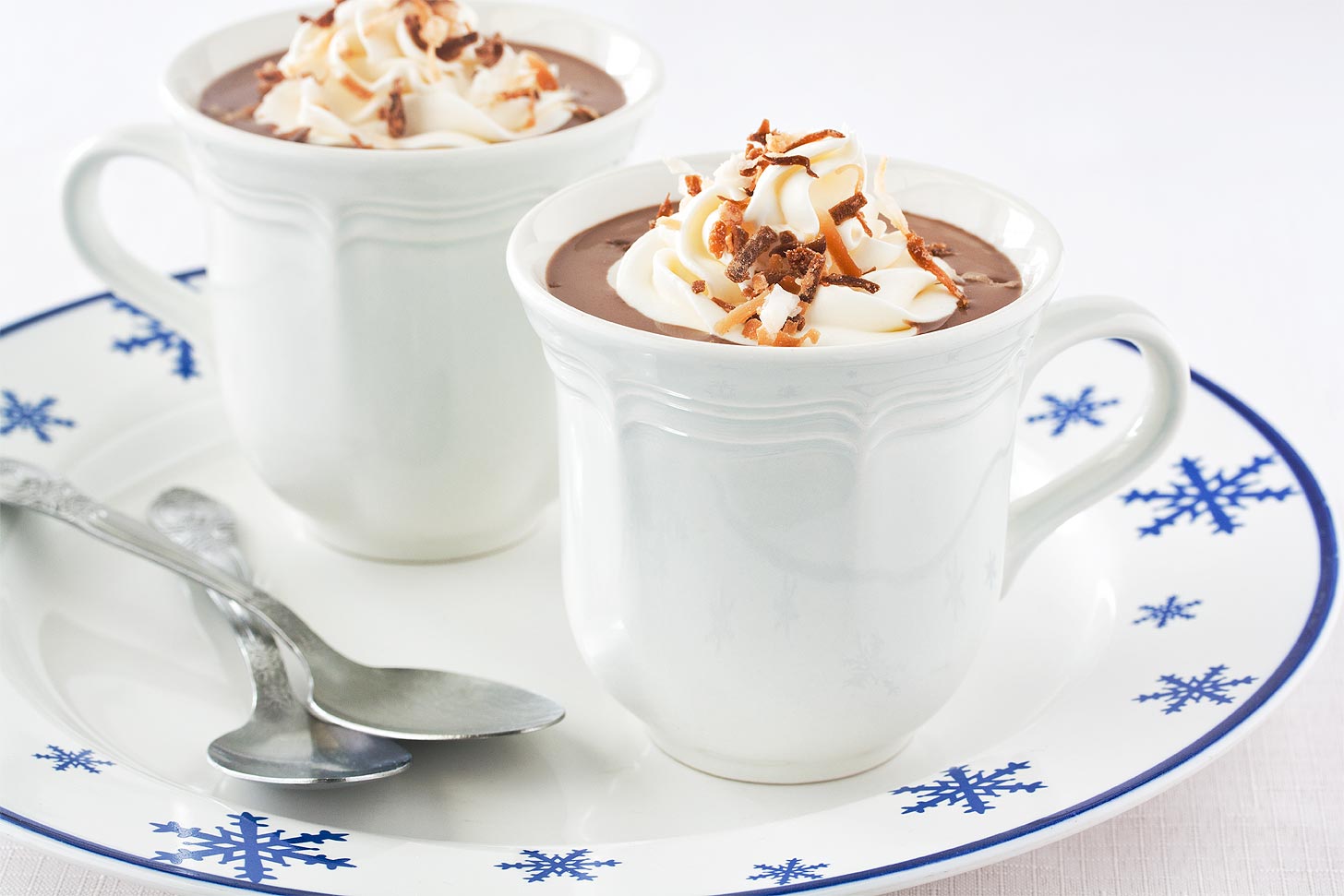 To make your coconut hot chocolate, whisk together your coconut milk, brown sugar, and cocoa powder together in a large saucepan. Bring to a boil, stirring until the sugar and cocoa dissolves.

Time to serve your hot chocolate!

Garnish it with homemade whipped cream on top.

If I don’t have any whipped cream on hand, I have no problem plopping a handful of marshmallows on top.

I also pour my hot chocolate over vanilla bean ice cream. Not only does it cool it down, it helps thin it out as it melts.

Whichever you choose, sprinkle toasted coconut on top for crunch.

Here are more hot chocolate recipes for you to enjoy: