With the weather getting cooler and schedules becoming busier, this soul-warming Creamy Onion Bacon Soup can be ready for dinner in 45 minutes. 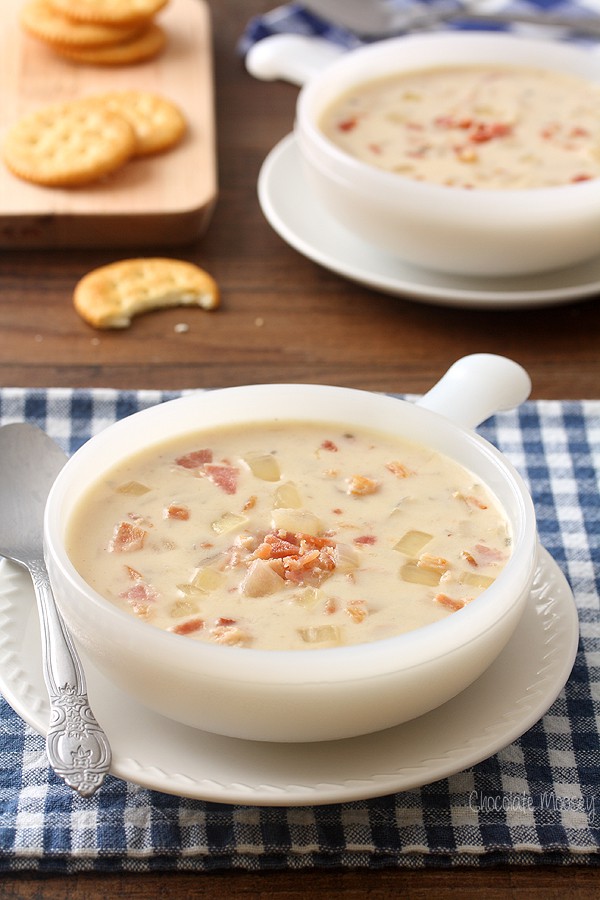 If you were stuck on a deserted island (not dessert island, unfortunately) and could only cook with three ingredients, what would they be?

Onions would definitely be on my list. Seriously, I go through so many onions for one person, a three-pound bag is nothing.

When I’m eating out at restaurants and don’t want fries (which is most of the time)? Add onion rings.

Dare I say this Italian girl cooks with more onion than garlic? Because I most certainly do.

Ever since I quit my corporate job and started working from home, I’ve been busier than ever (which is ironic because I was practically working two jobs before).

Probably because I know I need to hustle and there is sooo much to do when you work for yourself.

By the time dinner rolls around, I just want to make something relatively quick then go sit on the couch watching reruns of Criminal Minds.

Soup is my go-to quick dinner because I have a set formula for making it. All of my soups are made the same way, just different flavors.

Depending on the ingredients, soup is ready after 30-45 minutes. Since I love onion so much, I wanted a soup where onion was the hero and not just the sidekick.

This Creamy Onion Bacon Soup came to mind. Lots of onion with a side of bacon. Now that is what I call dinner. 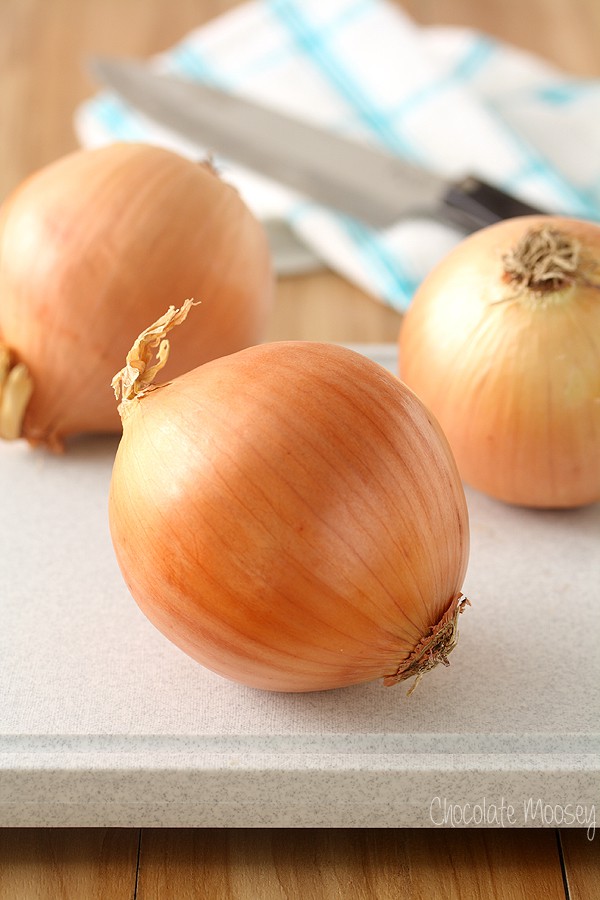 The key to making quick dinners is prepping ahead of time.

Since I use so much onion throughout the week, I chop a whole onion at one time then store what I don’t use in a container in the refrigerator.

When it’s time to cook, I just grab a handful and throw it into my pan. 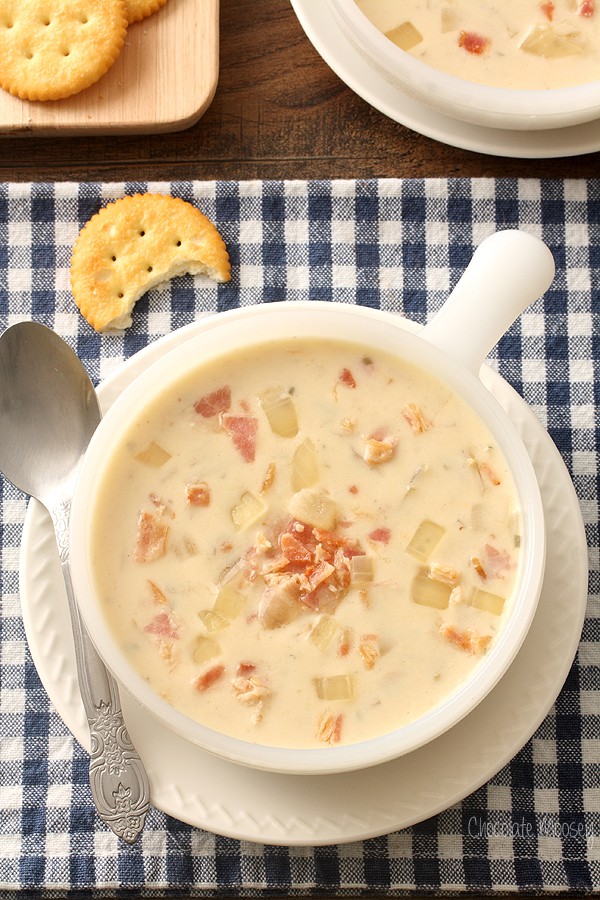 Because I wanted this creamy onion soup to have lots of flavor, I cooked bacon right in the pot and used the bacon fat to cook the onions.

That means this recipe has the bonus of being a one-pot meal. One pot means less dishes. Less dishes means more time to eat onion soup. 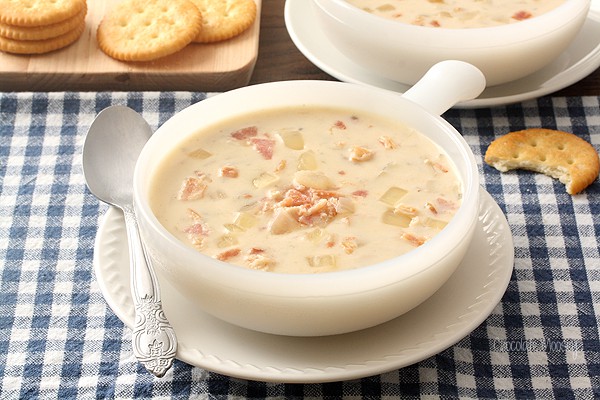 Love onion as much as I do but want to make this soup vegetarian-friendly?

Instead of sauteing the onions in bacon fat, skip the bacon and use olive oil.

For the chicken broth, use vegetable broth. For the Parmesan cheese, use your favorite white cheese, such as mozzarella or Swiss.

You can even add sliced portobello mushrooms to bring some of that meatiness to the soup. 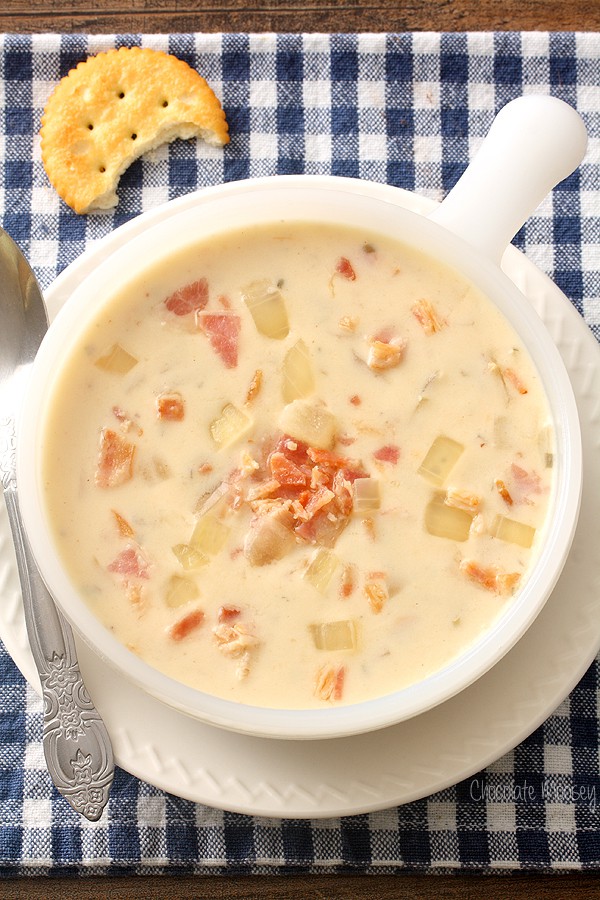 Love onions but want to make this soup vegetarian-friendly? Skip the bacon and cook the onion in 1 tablespoon olive oil. Use vegetable broth in place of chicken broth and mozzarella or Swiss cheese for Parmesan cheese.