If you’re looking for a show stopping cake but don’t like to frost cakes, this naked cake is for you! Caramel Apple Butter Layer Cake with Whipped Caramel Cream Cheese Filling and Caramel Apple Walnut Topping will impress at your next get together. 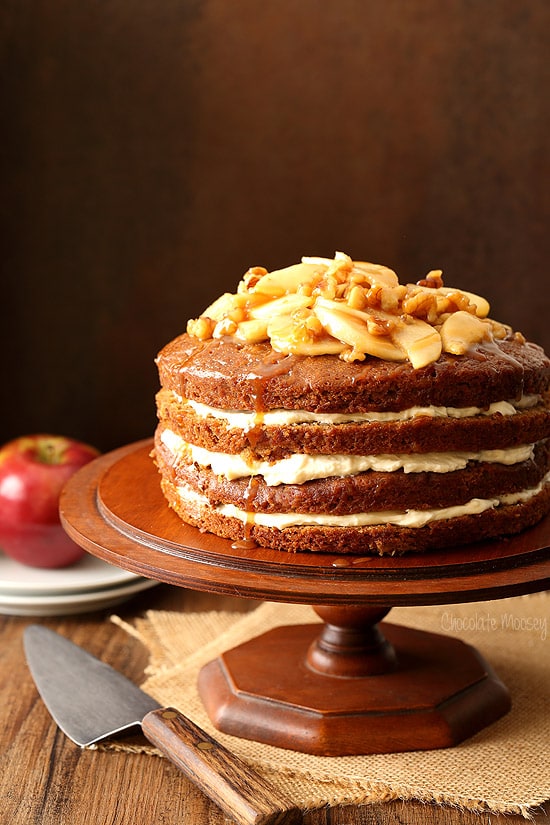 Now that it’s after Labor Day, mentally I’m ready. I’m ready to drink pumpkin spice lattes and eat the apples I picked this past Sunday.

However, it’s still too darn hot outside; it’s been almost in the 90s last week and most of this week!

I decided even though it feels like summer outside, I’m going to make it feel like fall in my kitchen. Take that, Mother Nature!

What better way to welcome fall than with a show stopping Caramel Apple Butter Layer Cake?

This isn’t your typical frosted 2 layer cake. It’s a 4 layer naked cake, which means the outside of the cake isn’t covered in frosting (hence the name).

Instead, it has a filling-like frosting that holds the cake layers together.

I personally find them more stunning than a regular frosted cake (probably because I’m still working on my cake decorating skills).

Since caramel goes so well with apple butter, I made a whipped caramel cream cheese filling (think whipped cream meets cream cheese frosting) using my homemade caramel sauce then topped it with caramelized apples and walnuts.

If that doesn’t scream fall to you, I’m not sure what will. 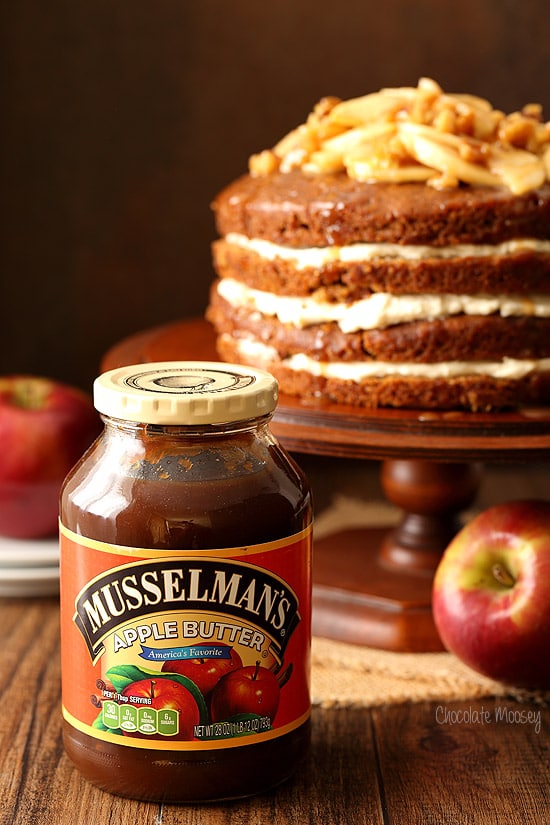 When I mention apple butter to friends, a lot of them still ask me what it is. I grew up with it, so it’s hard to believe others still haven’t tried it yet.

Apple butter is a highly concentrated form of apple sauce where the apples are cooked until the sugar in the apples caramelize, usually a few hours.

Most people spread it on toast for breakfast, but it’s also versatile enough to use in recipes.

Since I didn’t have a few hours to make apple butter in order to make this layer cake, I chose jarred to make this cake easier. 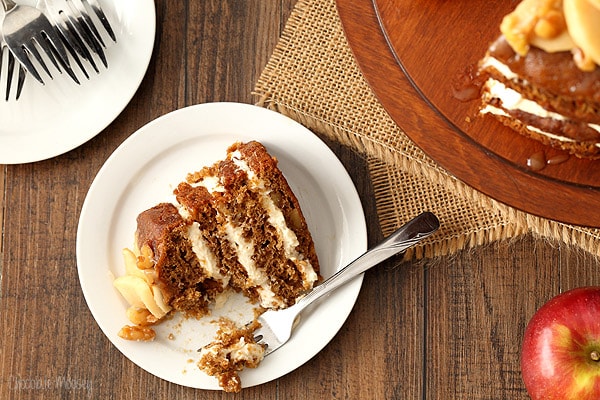 My favorite part of the cake is the whipped caramel cream cheese filling because of its fluffy and creamy contrast to the cake; it’s not a heavy buttercream frosting.

Plus it’s caramel. I don’t think I’ve ever turned down a caramel anything dessert. 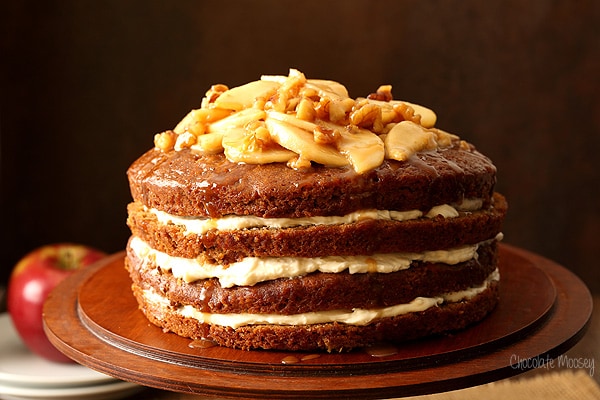 If you’re nervous about cutting the cake layers in half, don’t be! As long as you use 8 inch, 1 1/2 inch deep round cake pans, the cake layers will be thick enough (which means don’t use anything smaller or the batter will overflow).

Here’s an online guide on how to cut a cake horizontally.

If you’re still unsure about cutting the cake, you can leave them whole and make a 2 layer cake.