Sweet and tangy Apple Butter BBQ Potato Salad tossed with bacon, corn, and scallion will be the winning side dish at your next picnic. 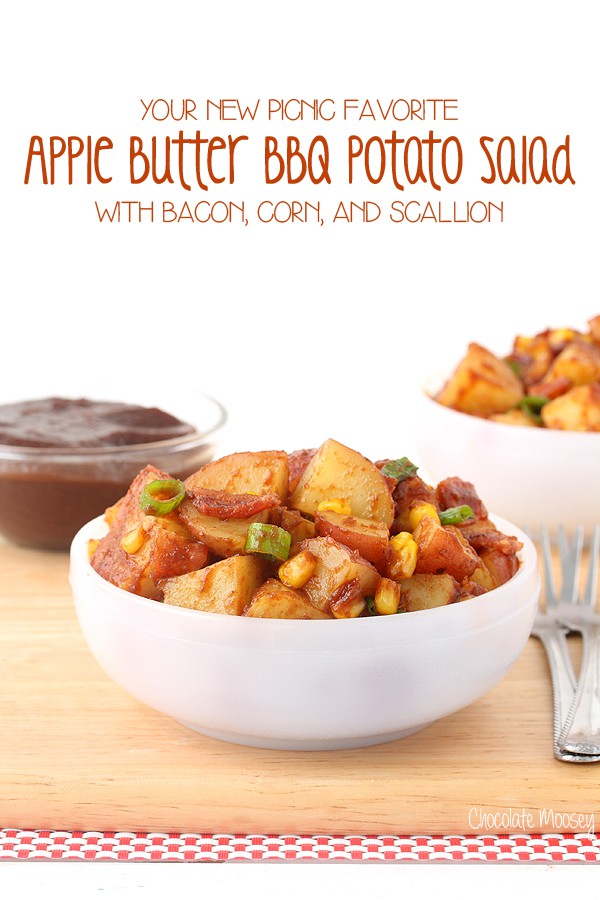 What is it about picnic food that makes us go crazy?

Is the smell of the grill, charring our iconic hot dogs and hamburgers?

Is it the roasting of fresh sweet corn that is later slathered in butter?

Is it the BBQ ribs that are smoked to perfection and practically fall off the bone?

Or is it the wide assortment of side dishes that stretch as far as the eye can see, ranging from potato and macaroni salads to coleslaw and baked beans?

Is your mouth watering yet?

My choice of meat is BBQ ribs, something I don’t have very often (which makes it even more special to eat).

My choice of side dish is a toss up between potato and macaroni salad.

Lately I’ve been craving a good potato salad. With so many variations out there – mayonnaise-based, mustard-based Amish Potato Salad, German style, even San Francisco style (that I haven’t heard of until a reader mentioned it) – how can I make mine different?

Simple – with Apple Butter BBQ Potato Salad, which is a sweet and tangy potato salad tossed with bacon, corn, and scallion.

Your meal isn’t complete without this beauty. 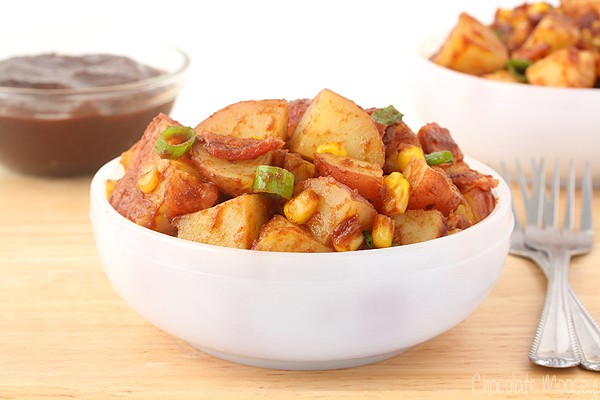 Pairing potatoes and BBQ sauce together is nothing new to me.

When my family makes ribs at home, we often serve them with mashed potatoes.

Instead of gravy, we pour extra honey BBQ sauce over. What better way to soak up all that extra sauce than with mashed potatoes?

This potato salad is just like that. The red potatoes soak up the sauce while having a party with the bacon, corn, and scallions. 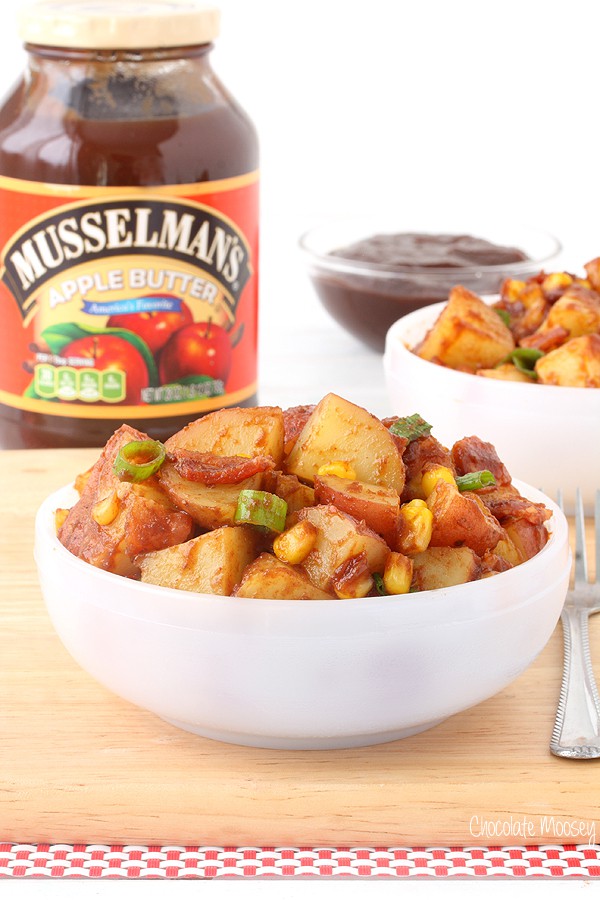 I kicked my BBQ sauce up a notch by using Musselman’s Apple Butter, which gives it a unique sweetness.

Most of the time people use apple butter as a spread or an ingredient in baked goods, but this time I wanted apple butter to shine as a savory side dish.

BBQ sauce reminds me of meat and potatoes, and although the only meat in this recipe is the bacon, the essence of the idea is still there.

I know I’ve been pushing this recipe for picnics, but that doesn’t mean you can’t serve it all year round. How often do you serve meat and potatoes for dinner?

My married friends often say that’s the only thing their husbands will eat.

Instead of serving a side of red potatoes, serve a side of Apple Butter BBQ Potato Salad. It’s pretty much just red potatoes tossed in BBQ sauce. And who can say no to that?

*The sauce can be made ahead of time. Store in an airtight container in the refrigerator until ready to use. 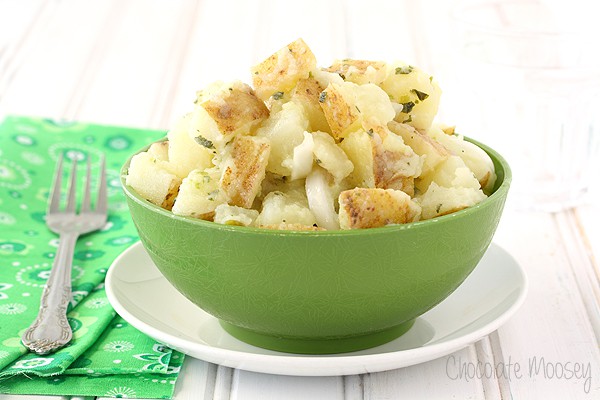 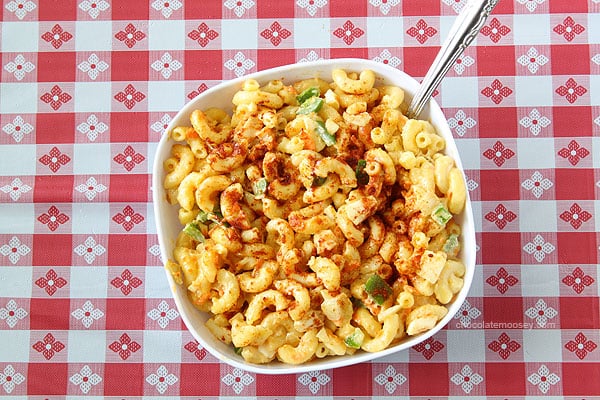 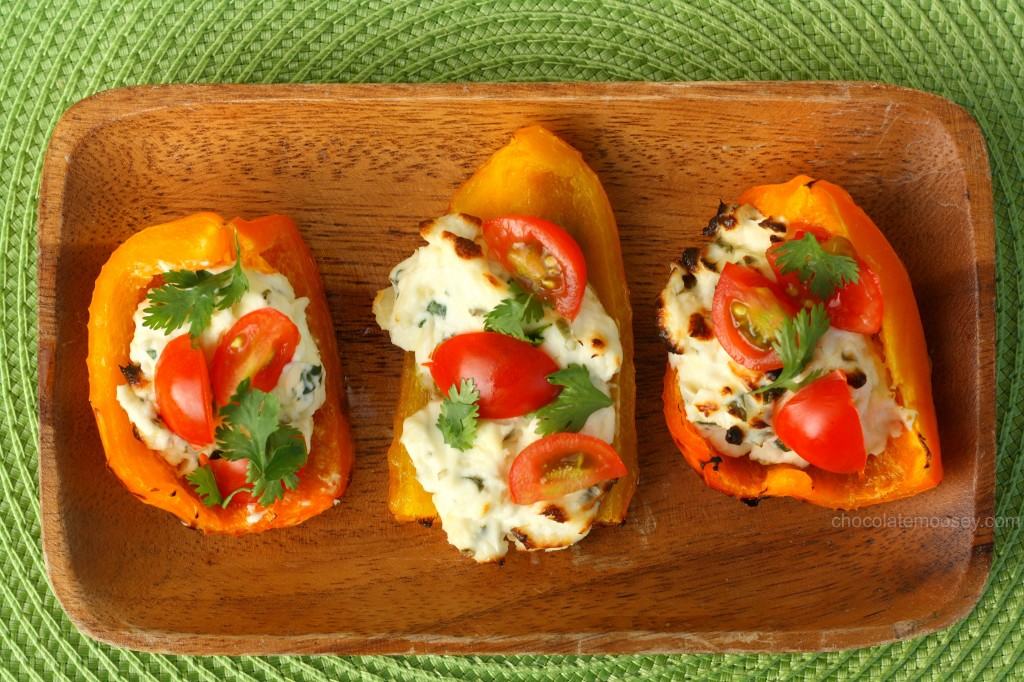 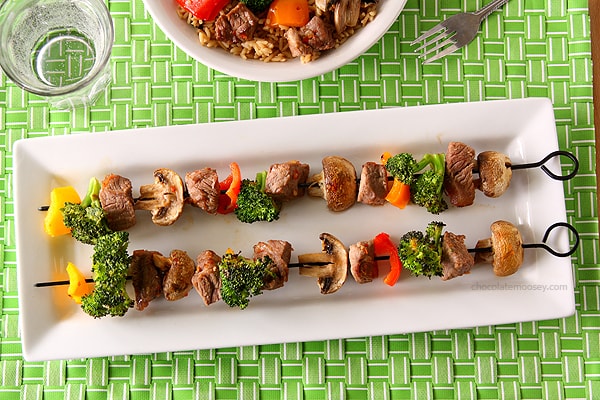 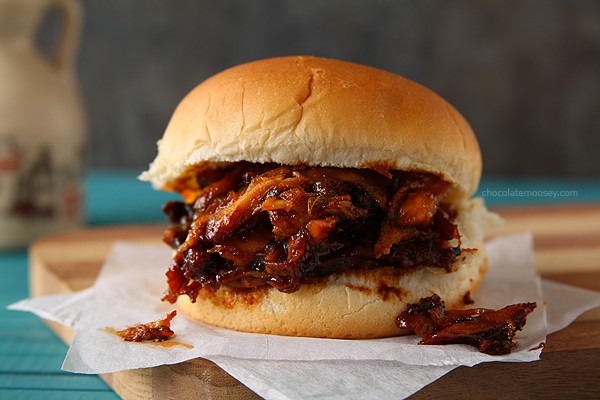 Disclosure: I was compensated by Musselman’s for this recipe. As always, thank you for reading and supporting brands I work with, which allows me to bring you more recipes. All opinions, text, and photographs are my own.