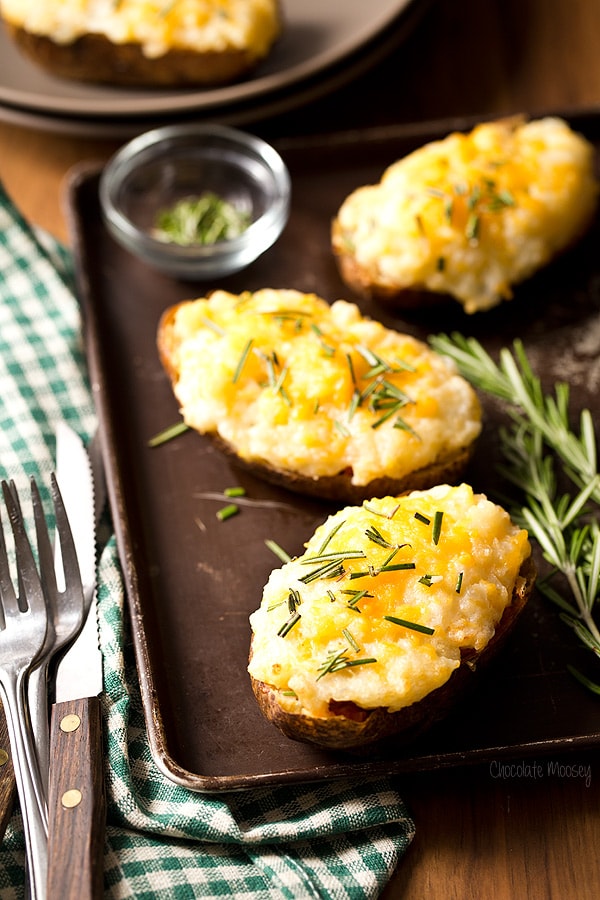 I was curious as to why we even observe leap years, and to my surprise I learned this: “While the calendar assumes the Earth revolves around the sun every 365 days, it actually takes the Earth a bit longer – 365 days, 5 hours, 48 minutes and 46 seconds.

If the calendar were not adjusted for the extra six hours by adding an extra day approximately every four years, the calendar would slowly shift and the seasons would no longer be aligned with the traditional months.”

That makes total sense, but then I wonder how scientists were able to calculate the exact time it takes to revolve around the sun, down to 46 seconds. Guess that’s why they’re scientists and I’m not.

March is a love/hate month for me, mainly because of St. Patrick’s Day. I’ve talked about it multiple times in past blog posts, but I miss Ireland.

When I studied abroad for a semester in college, it really felt like a second home; after all, I lived there for four months (plus the government made me pay them money for staying longer than 90 days).

I celebrated St. Patrick’s Day in Dublin, which ironically was filled more with tourists than locals (the locals stay far away during the parade).

Surprisingly I didn’t eat much shepherd’s pie while overseas, but every year around St. Patrick’s Day I make it at home along with my Corned Beef and Cabbage For Two and Mini Irish Soda Bread.

Shepherd’s pie is a meat pie, usually with ground beef or lamb, topped with mashed potatoes.

I decided to do a playful twist with potatoes and serve them up inside potato skins, making Shepherd’s Pie Twice Baked Potatoes. 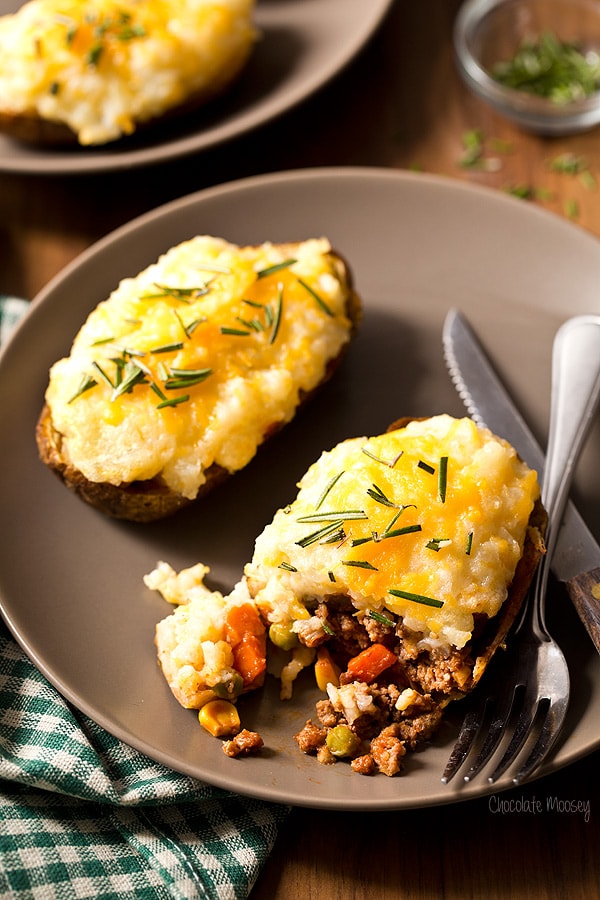 Twice baked potatoes get their name by baking the potatoes once, scooping out the insides to make a filling, then restuffing and baking them a second time.

Since shepherd’s pie is topped with mashed potatoes, it made perfect sense to make twice baked potatoes.

The meat filling is similar to my Guinness shepherd’s pie but without the beer. 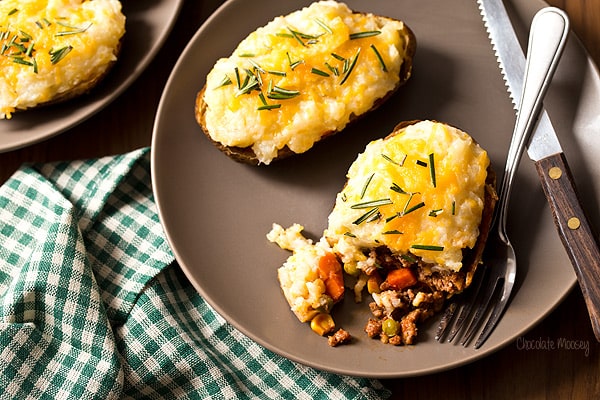 The best kind of potato to use for twice baked potatoes is Russet Burbank potatoes because they are high in starch with a fluffy interior. Make sure you select large enough potatoes to scoop and fill. 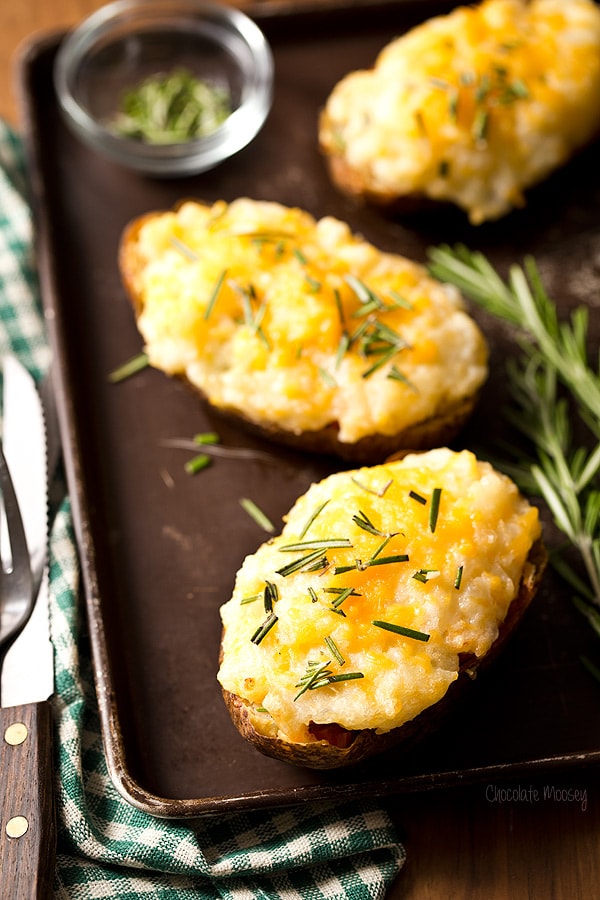 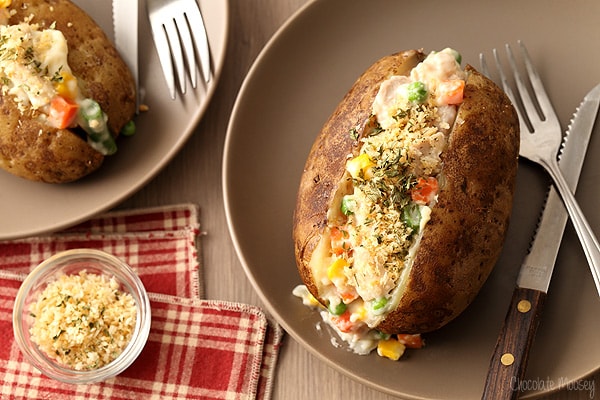 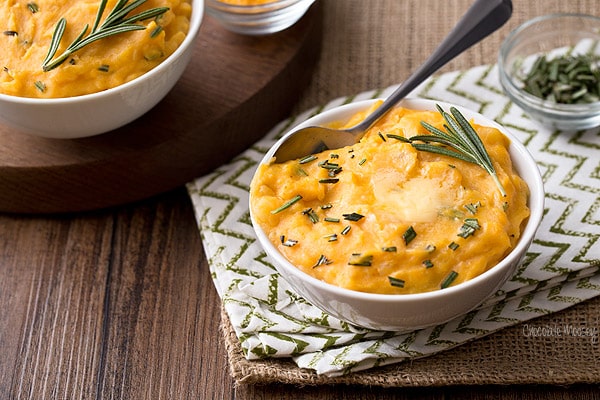 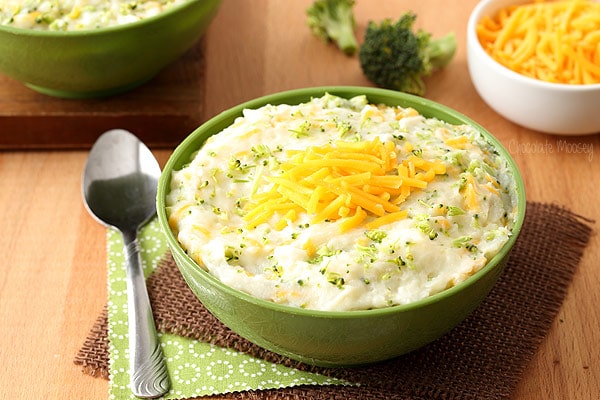 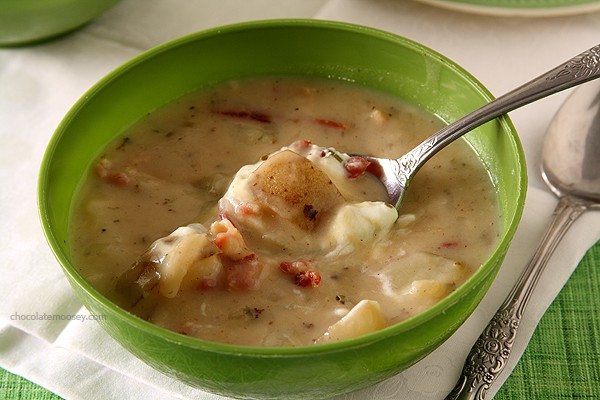 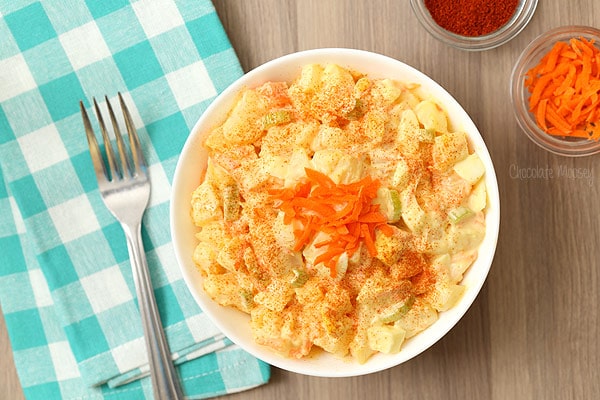