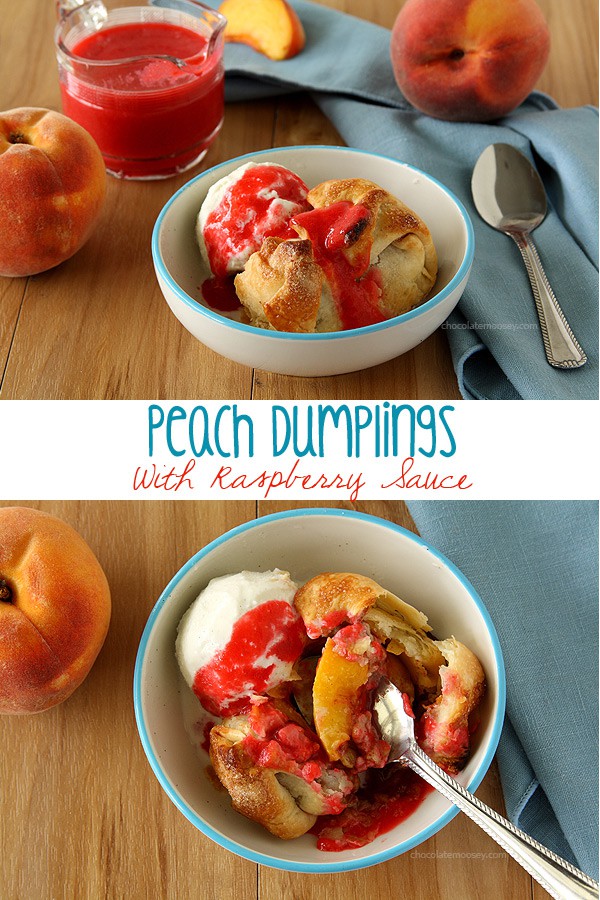 I have a cookbook addiction. Like, more than 300 cookbooks. In fact, it could be even more since the last time I counted was shortly after I moved three years ago. In my apartment I have a bookcase built into the wall, which has three shelves dedicated to cookbooks. However, over the years I ended up with books everywhere but the shelf – on the kitchen table, on the coffee table, on the living room floor, on the bedroom floor. Finally I decided to weed through the piles and put them back onto the bookcase. While organizing, I got rid of a big chunk (funny how your taste changes when you grow up). My system was simple – if it had less than five recipes I would make, I didn’t keep it. For the few recipes I did like, I either wrote down the idea or saved it digitally into my phone. The one book had a recipe for Peach Dumplings with Raspberry Sauce that intrigued me. I jotted down the idea into the August section of my recipe planner then put the cookbook into my donation pile. Now that it’s peach season, I was eager to try out the dumplings. I love apple dumplings, so I know using peaches paired with raspberry would be a winner. 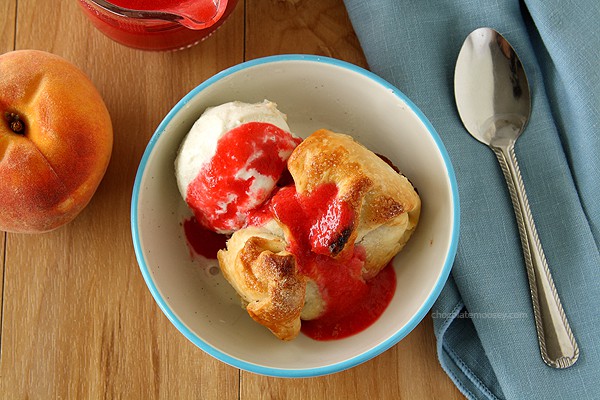 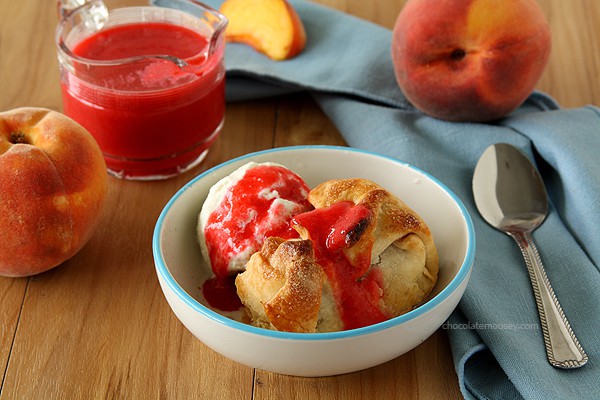 I had some pretty big peaches for the dumplings, so I actually cut them into quarters. Use your judgment when filling the dumplings, and don’t stretch the dough too much or it’ll tear and leak during baking. Peeling the peaches is optional. I usually don’t bother peeling, but if you don’t like peach skins, I wrote how to peel peaches here. 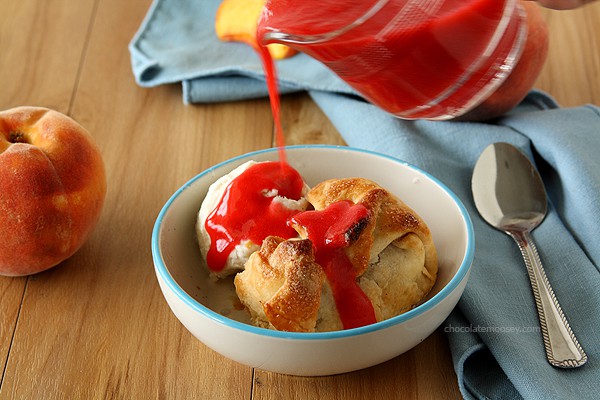 For the raspberry sauce, I knew I wanted something simple. Fresh berries, little bit of sugar, lemon juice. Put into a blender and strain – boom, done. Raspberries and peaches go so well together. If you’re not a raspberry fan, you could always make caramel syrup. 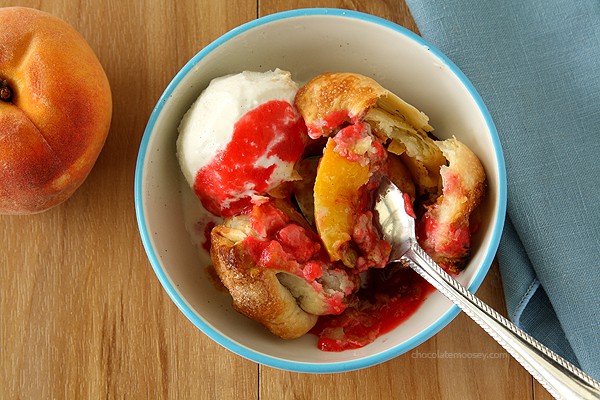 For the raspberry sauce

*If the peach halves are too big, cut into quarters. 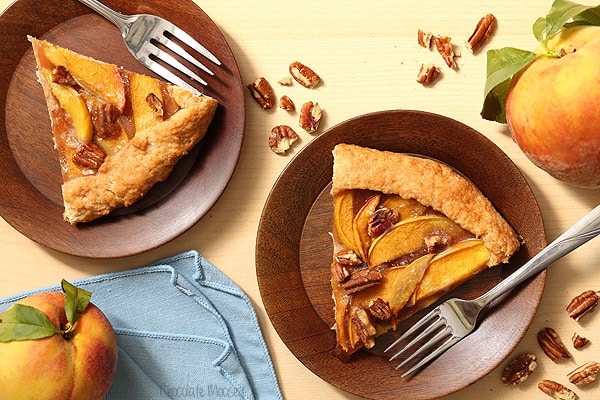 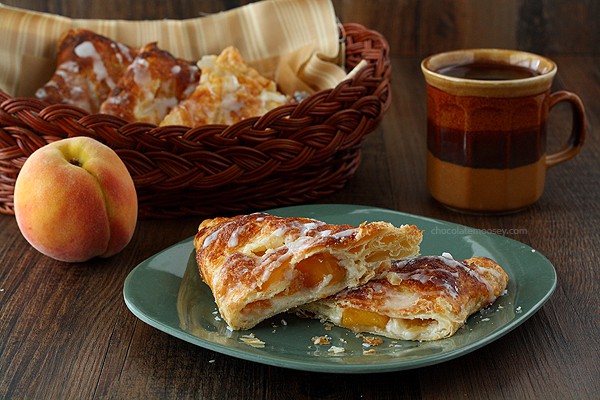 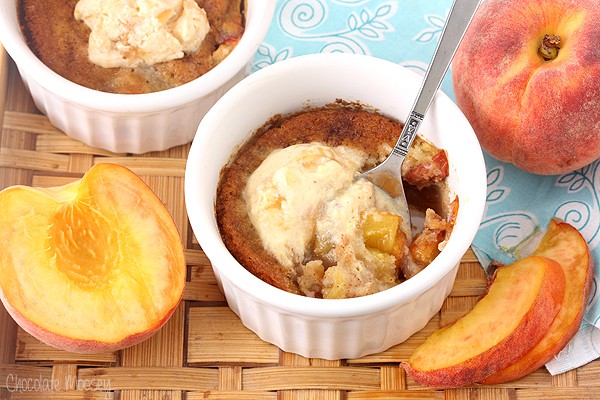