All of your favorite flavors of French onion soup in pasta form – stovetop French Onion Macaroni and Cheese with caramelized onion and gruyere cheese makes 4 servings, enough to have dinner for two. 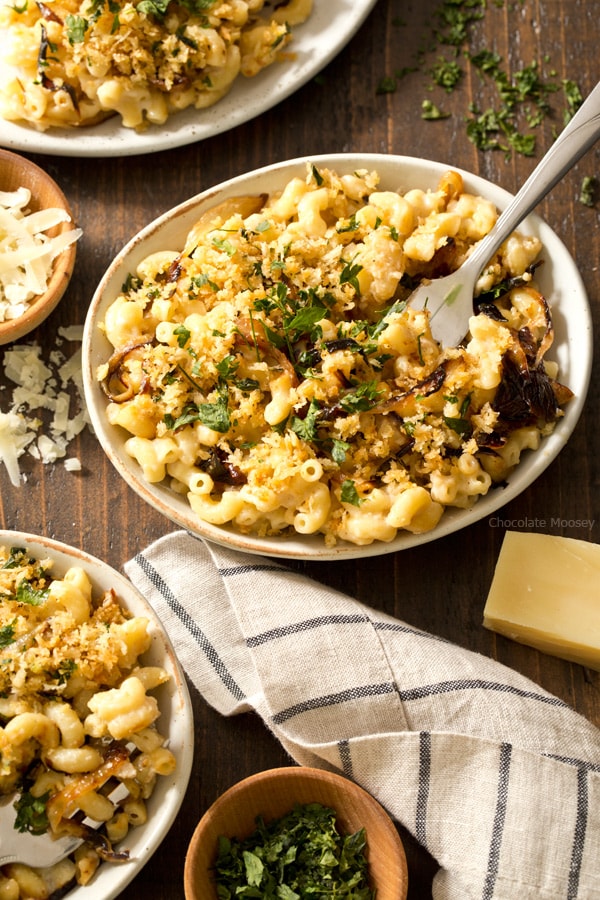 Ever have a good problem to deal with?

It’s probably better to ask what cheese don’t I have in my fridge right now? And why *do* I have so many cheeses at once?

Sometimes with recipe development, you need to use very specific ingredients without any substitutions, like blue cheese for buffalo chicken grilled cheese, Parmesan for spinach parmesan quiche, and gruyere for my French onion quiche.

Of course once I’m done with these recipes, I have plenty of cheese leftover. And if you’re ever purchased gruyere before, you know it ain’t cheap, and I wasn’t about to waste it.

Gruyere cheese is a hard yellow cheese from Switzerland known for its melting quality, which is why you often see it used in French onion soup.

Knowing its time was almost up after making my quiche a few months ago, I had to think of something quick.

There’s one rule I have – when there’s too much cheese in the house, I make macaroni and cheese. I probably make mac and cheese once a week for dinner.

Looking at the gruyere, I stayed with the French theme and made French Onion Macaroni and Cheese with plenty of caramelized onion, a melted gruyere cheese sauce, and toasted panko breadcrumbs.

It’s made all on the stovetop, so you don’t need to turn on the oven for dinner that is ready in under 60 minutes. 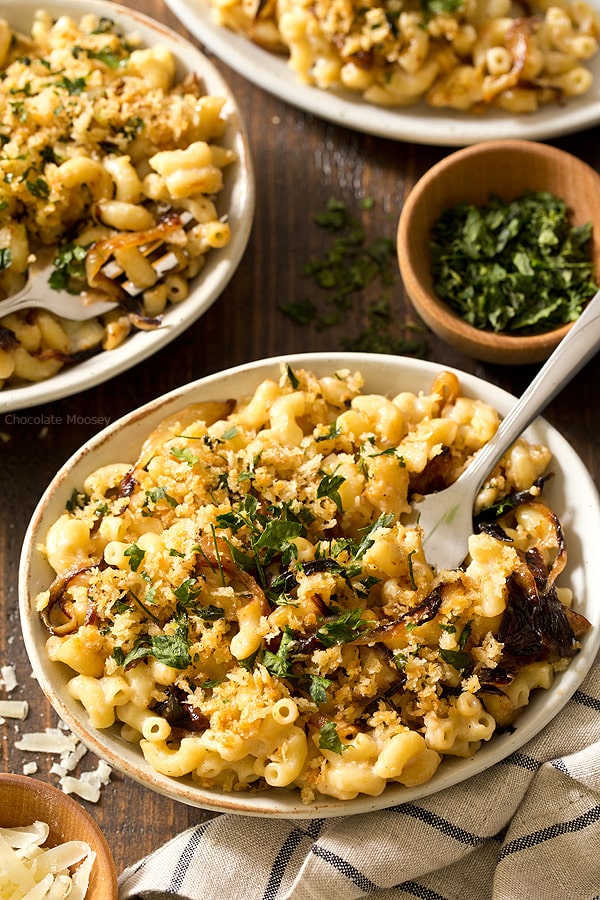 There are several key components to French onion soup – caramelized onion, melty Gruyere cheese, and a crouton on top.

Since I made this recipe on the stovetop rather than baking in a casserole dish, I used toasted panko breadcrumbs and sprinkled them on top to give it crunch, just like a crouton.

You can find panko in the Asian section of your grocery store. 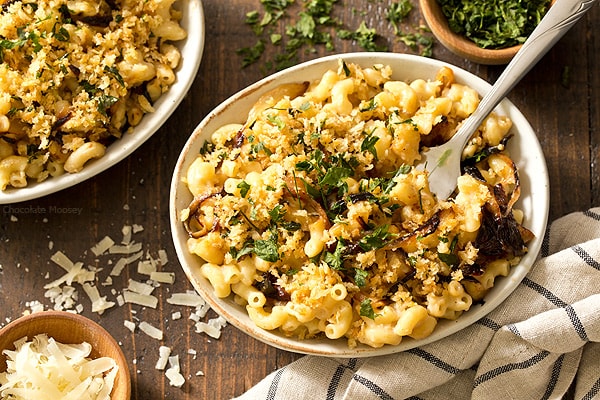 The secret ingredient to French onion macaroni and cheese is time.

Don’t rush caramelizing the onions, which takes roughly 20 minutes. You want the onions to be nice and brown without burning.

Too light of a color, and the flavors won’t have time to develop.

Good news is you can make caramelized onions ahead of time if you’re prepping dinner for the week (assuming you don’t eat the entire batch before reaching the fridge).