No need to drive to St. Louis when you’re craving St Louis Gooey Butter Cake – a flat, dense cake with gooey, buttery center topped with a touch of powdered sugar. Grab your fork and dig it! 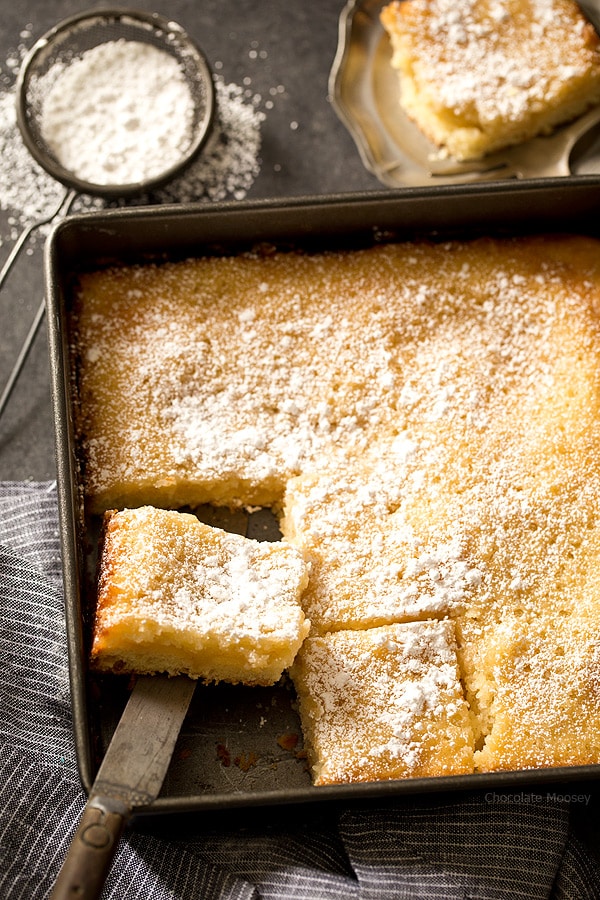 The best part about traveling is being inspired in the kitchen when you return home.

Last month, my parents, brother, and I went on a road trip vacation to St. Louis with stops along the way in Indianapolis (which is apparently shut down on Sundays?) and Louisville.

I was in charge of researching places to eat and learned St. Louis is known for gooey butter cake, which is a flat, dense cake with a gooey, buttery center (hence the name).

I made Apple Butter Gooey Butter Cake last year, but research showed me I haven’t had a true gooey butter cake until I’ve had one from St. Louis.

We definitely found the best cake in St. Louis, and to this day I still keep thinking about it, which means only one thing – time to recreate it at home so I don’t have to drive another 10 hours to buy one.

I kept going back and forth between which type to make for my post.

After much research, I decided to stick with the yeast cake as it sounds like it was the original recipe before the recipe was adapted for modern times.

Then came my next decision – do I leave it as traditional as possible or do I add other flavors such as chocolate or lemon?

Since I preferred traditional during my travels, I stayed traditional. The other cakes may come later in the future.

If I had to describe what traditional tastes like, I would say a combination of vanilla and butter, like a heavenly slice of yellow cake but with a gooey texture, almost as if it was slightly underbaked.

Then you dust it with a small shower of powdered sugar with an extra touch of sweetness, which means you don’t have to spend extra time (or ingredients) making a frosting for it.

Ready to dig in yet? 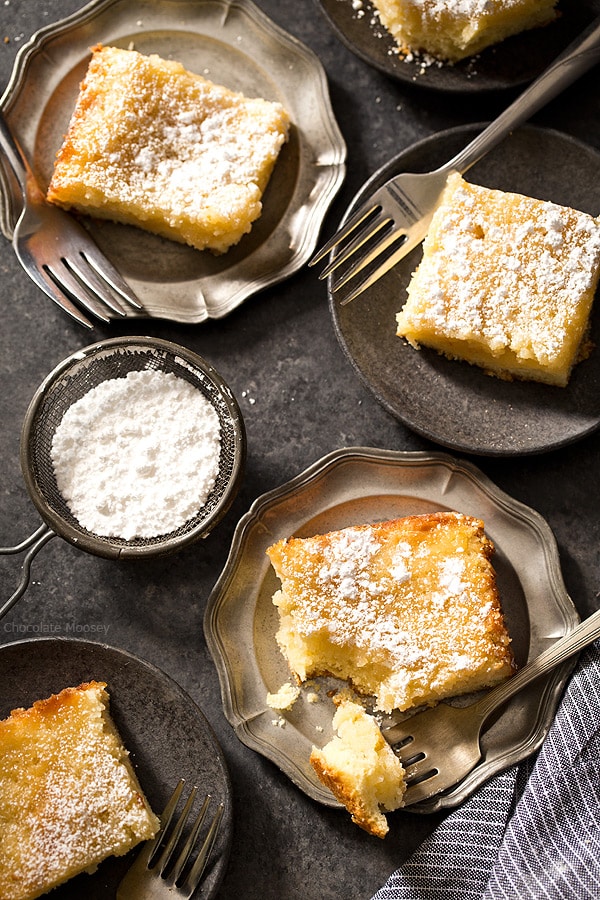 Since St. Louis is famous for gooey butter cake, we had to put it on our list to try.

First up was Park Avenue Coffee where they make over 70 flavors with 12 flavors in rotation every day.

It was much thinner than I expected, but still delicious nonetheless. Believe it or not, my favorite was the traditional one with chocolate as a close second. The raspberry was my dad’s favorite.

The second place we tried was Gooey Louie and was not what I expected.

I thought I could walk in and grab a slice, but turns out they only sell whole cakes, which worked out for the four of us.

The guy explained to me they didn’t have the proper permit to allow us to eat there, so we took it to a parking lot and dug right into the box.

I’m not kidding when I say that was probably the best thing we ate all trip.

Although you can’t go wrong with either place, if you’re in St. Louis and can only pick one, go with Gooey Louie first. 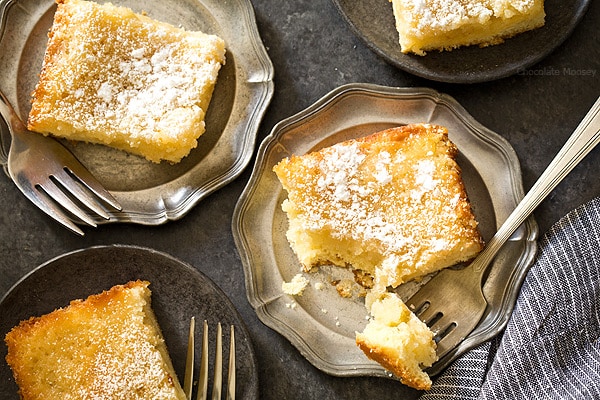 The yeast layer is a little unusual for a cake recipe, but it does make a tender crumb.

It also means you need to let the dough rise for 2 hours before finishing the cake, so you need to plan ahead of time.

It’ll be worth it though because once you finish baking and take that first bite, you’ll instantly forget how long you had to wait. 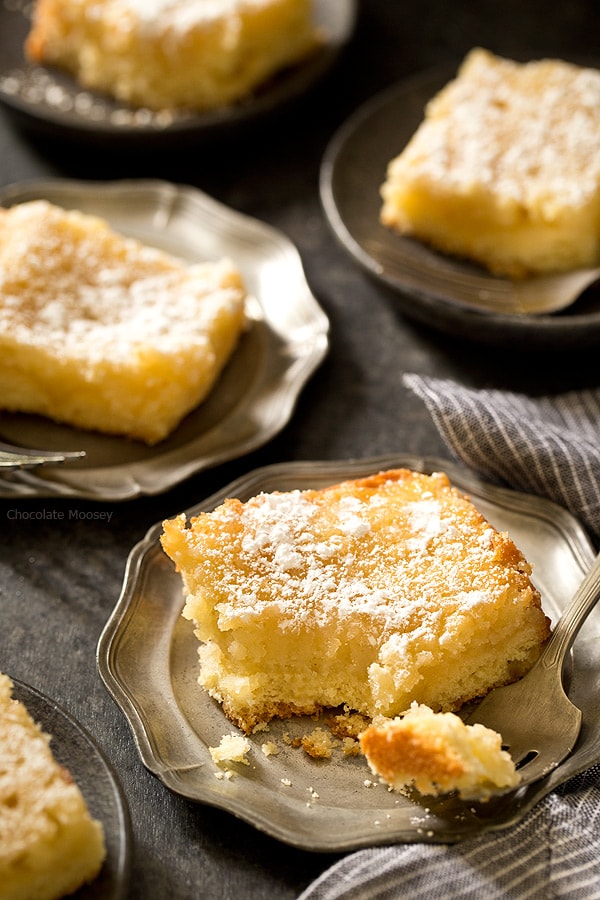 For the dough layer

For the filling layer