When is two better than one? When you combine two classic desserts into one bite with this Chocolate Chip Cookie Brownie Pie! A fudgy brownie layer topped with a chewy chocolate chip cookie layer for one simple pie recipe. 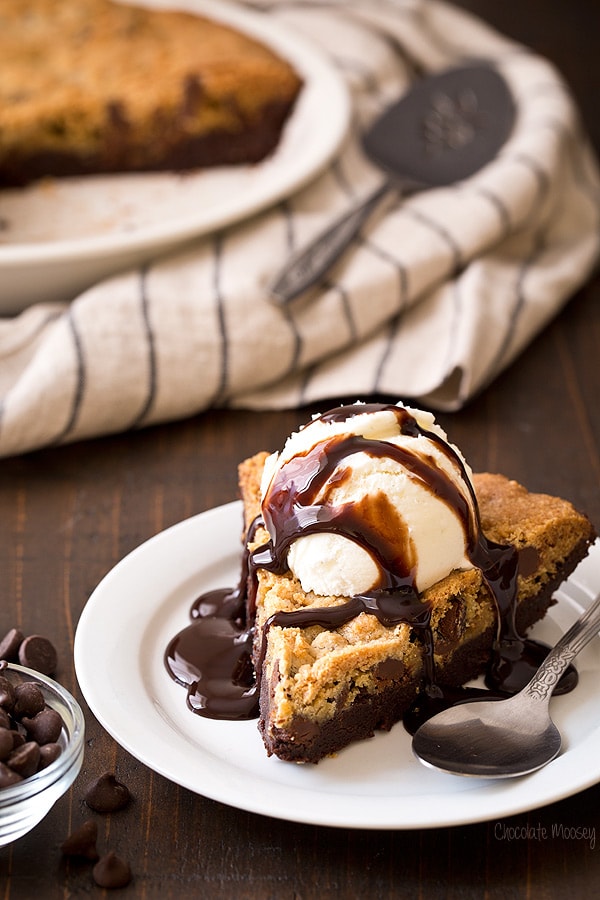 Last week it was much colder than usual, so I was only able to go walking during one semi-warm evening.

There are two places I walk – either at the nearby park or on the river walk trail alongside one of Pittsburgh’s three rivers.

As I was walking along the river, I passed a pedestrian bridge I often pass without knowing where it went.

I decided that was the night I was going to explore it (and hope I don’t stray too far from the main trail).

Turns out it led to a residential area with a pretty Japanese-inspired garden with a river view of the city skyline.

Not everything was in bloom yet, so I bet it’ll even be more beautiful once summer arrives.

The neighborhood seemed peaceful too, although they had a random dinosaur statue at the end of the one cul-de-sac. It was so random yet so cool.

Speaking of things that don’t seemingly go together (and my lame attempt at transitioning to my recipe), I enjoy mashing up my desserts but mashing up recipe names, not so much. Pizookie? Cronut? Doughsant?

I suppose I should refer to this Chocolate Chip Cookie Brownie Pie as a brookie pie, but then I also have to take an extra 5 minutes to explain the name every time someone asks about this recipe. “What did you make? A brookie pie? What’s that?”

If you’re asking yourself that question right now, it’s when you combine a cookie, usually chocolate chip, and a brownie together in one recipe.

My Chocolate Chip Cookie Brownie Bites are always a huge hit no matter the occasion, so I thought I’d go bigger and turn it into a pie. 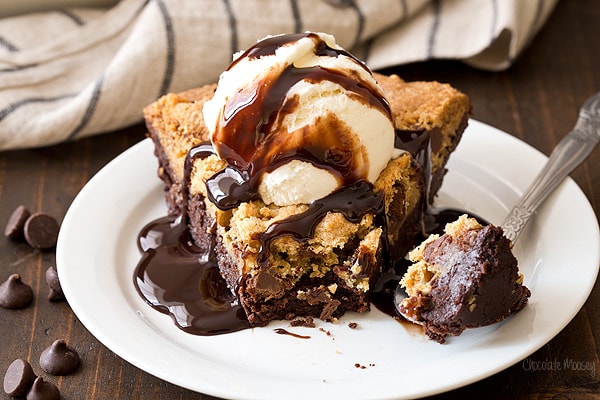 Serve it as is for a casual dessert or dress it up with some vanilla bean ice cream and hot fudge sauce for a decadent sundae pie. 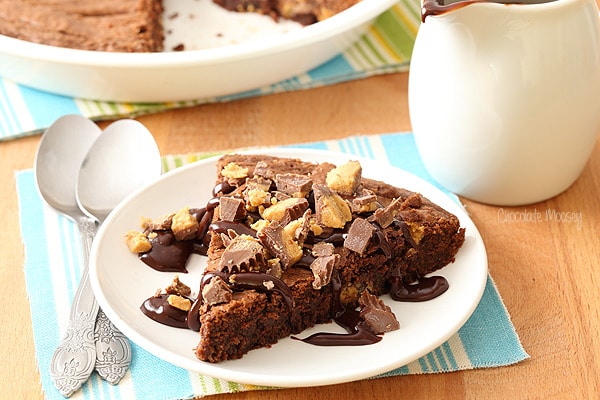 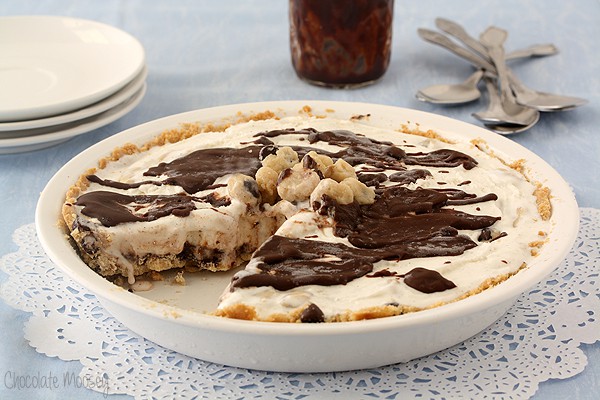 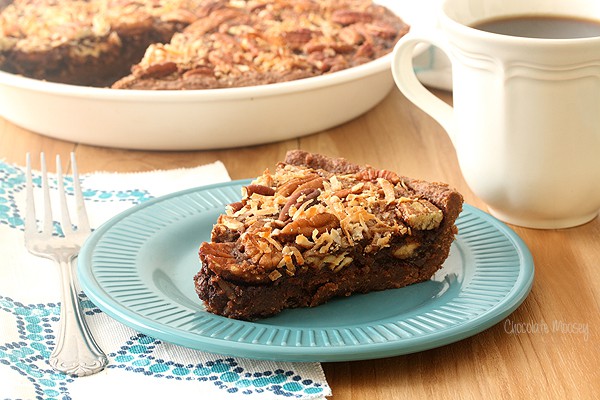