Easier than pie! Apple Butter Galette is an open-faced pie made with homemade pie crust, apple butter, fresh apple slices, and walnuts. Recipe video included to demonstrate how easy it to make a galette plus a recipe e-book with more apple butter recipes. 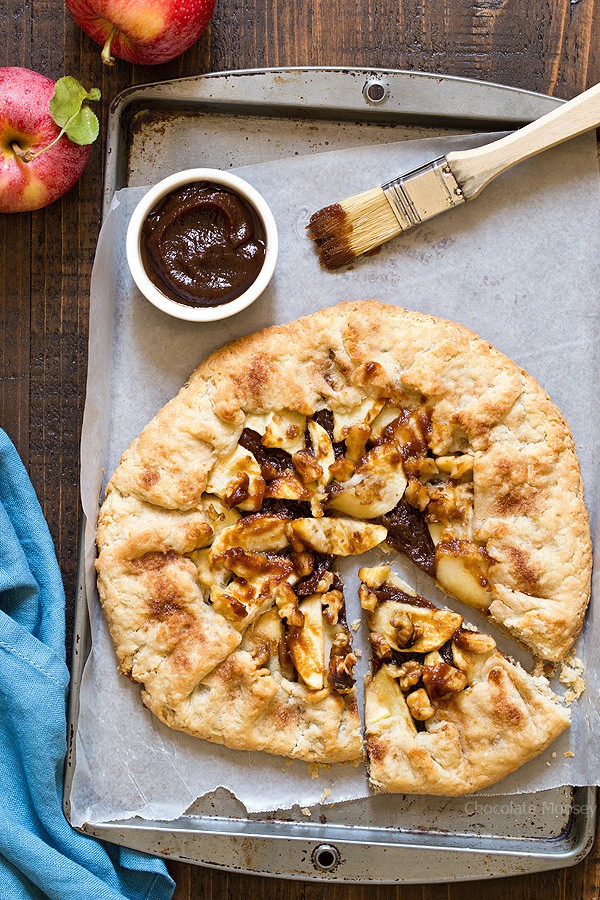 Happy Halloween! And Happy Last Day Of October. This month was a busy one for me, especially since last week I bought a new-to-me car.

I’ve never bought a car before (the one I was driving was in the family a long time), so not only did I have to learn how to negotiate a car, I also had to learn about cars in general, something I don’t care about at all.

I want a car that gets me from Point A to Point B without breaking down in between. I don’t care about XM radio, a rear back up camera, or driving keyless. I got the car below my budgeted price, so I consider that a big win for me.

Since I spent a lot of time the past two weeks adulting, it’s time to take a break and focus on what I love – baking! Since November starts tomorrow, that means we have 3 weeks until Thanksgiving.

As I was talking with some friends about their menus, I found one common theme – everyone sticks with traditional dishes for dinner but are more open to new recipes for dessert. Of course there needs to be at least one pumpkin pie, but apple desserts are pretty common for Thanksgiving dessert as well.

There’s your typical apple pie, but I’m going to share with you a dessert that’s even easier than pie – Apple Butter Galette.

A galette is a fancy French word for a flat, round pie. I like to consider it an open-faced pie.

Roll out your pie crust, fill the middle, then fold in the edges. No need to worry about presentation because the rusticness IS the presentation. 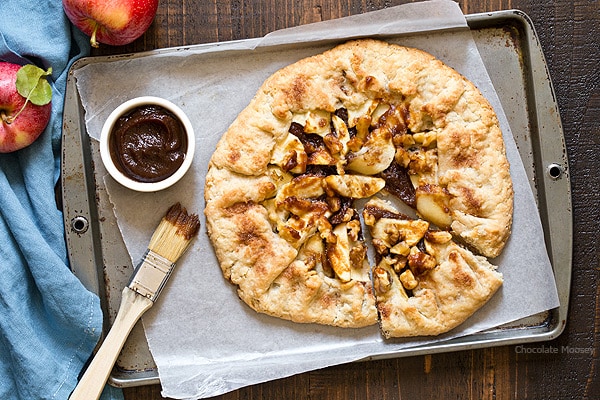 When it comes to making homemade pie dough, I make it in my food processor. It takes about 5 minutes for it to come together.

However, if you don’t own one, you can make it by hand using a pastry blender. And if you really, really don’t want to make dough or you find yourself waking up Thanksgiving morning with a dessert emergency, you can use refrigerated pie dough. I do highly encourage making it by hand before you head to the store. 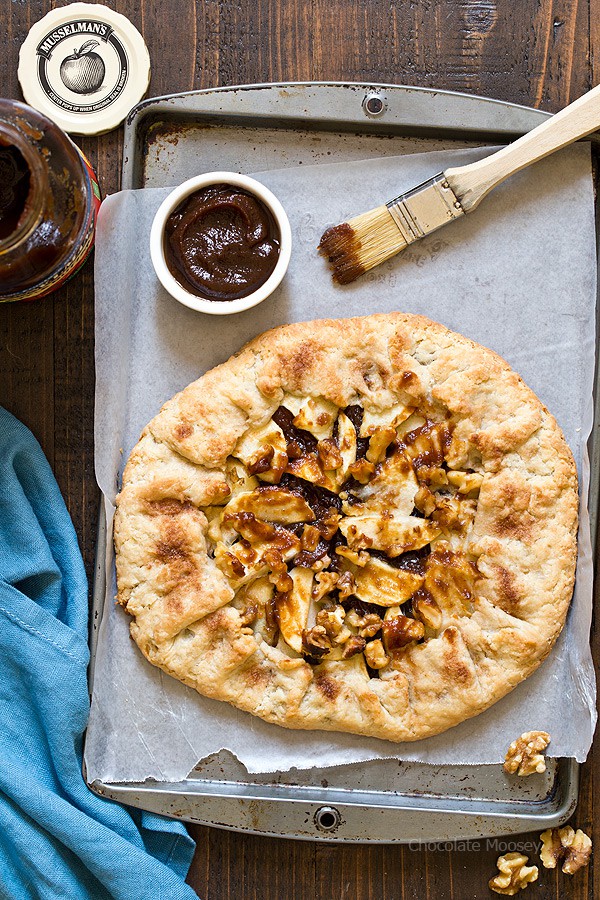 One trick I learned from making my peach galette – putting a layer of Musselman’s Apple Butter, which is a fruit puree made by slow cooking American-grown apples until the sugar in the apples caramelize, on top of the pie dough before you add the apples helps keep the crust from getting soggy.

When fruit is baked, they release juices. The apple butter acts like a barrier and will absorb those juices, keeping your crust nice and flaky. After it’s done baking, brush additional apple butter on top to keep the apples from drying out. 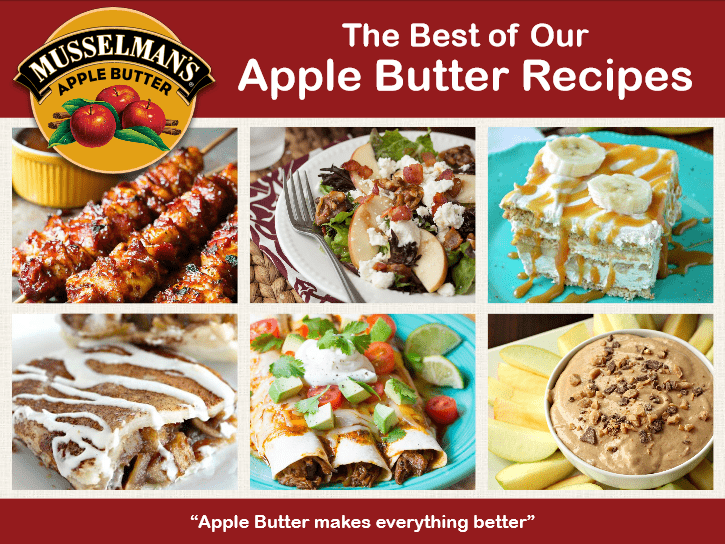 And now onto the apple butter galette recipe video demonstrating how easy it is!