Welcome fall into your kitchen with Apple Butter Dumplings – a classic American dessert stuffed with apple butter, raisins, and walnuts 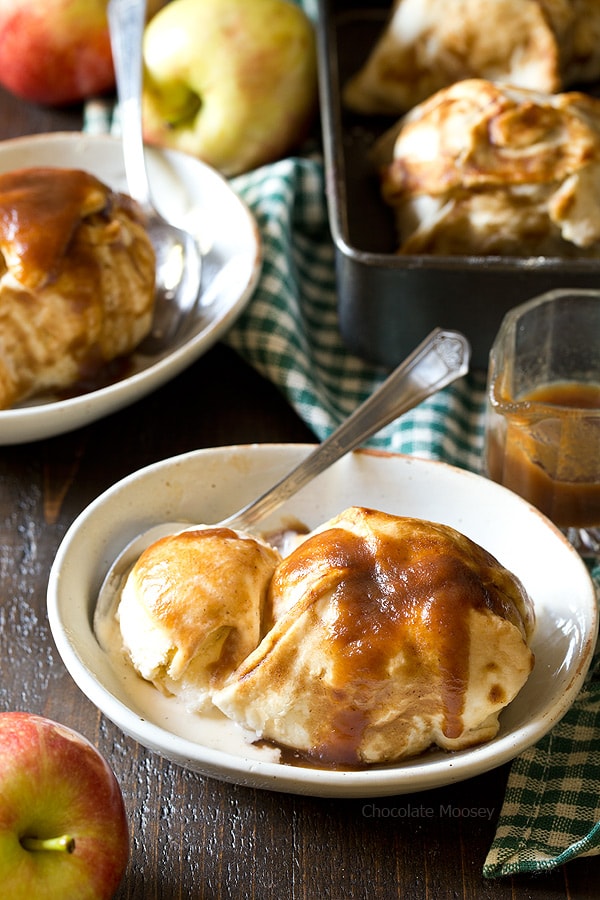 Every year Dad and I go to a local apple festival in Delmont, PA.

One year when I lived mid state, we went to a different apple festival closer to where I lived.

Although it was fine, we really liked the one in Delmont better because they let you pick at least 8-10 kinds of apples from various bins to fill your bag plus 50 cent cups of either cold or hot apple cider, depending on your mood.

Then you can buy freshly-pressed quarts or gallons of cider to take home.

For lunch, we always buy apple dumplings with ice cream and syrup on top. For the longest time, we bought ours from a church at one of the booths.

Unexpectedly they stopped showing up, and we never caught their name. Sure, there are other vendors that sell dumplings now, but every year Dad says “I really wish they brought that church back.”

Of course when you miss something that much, it’s only natural to make it at home.

Although with me being me, I wanted to do a slight twist to make them even better, which inspired these Apple Butter Dumplings – tender apples stuffed with apple butter, raisins, and nuts then baked in a pie crust topped with an apple butter syrup.

I love when desserts have contrasting elements, so pairing a warm dumpling with a scoop of cold vanilla bean ice cream really takes this dessert to the next level. 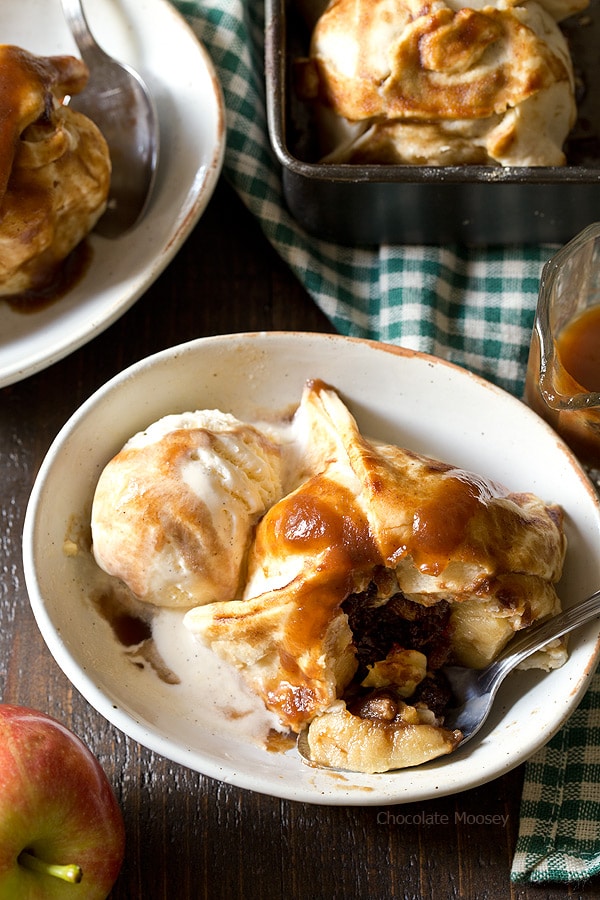 Pie crust – to make or to buy? I’m always up for homemade pie dough, especially when it takes 5 minutes via food processor, but I won’t hold it against you if you used store-bought.

Just make sure you roll it out into a square as evenly as possible to make it easier to fold the dumplings. 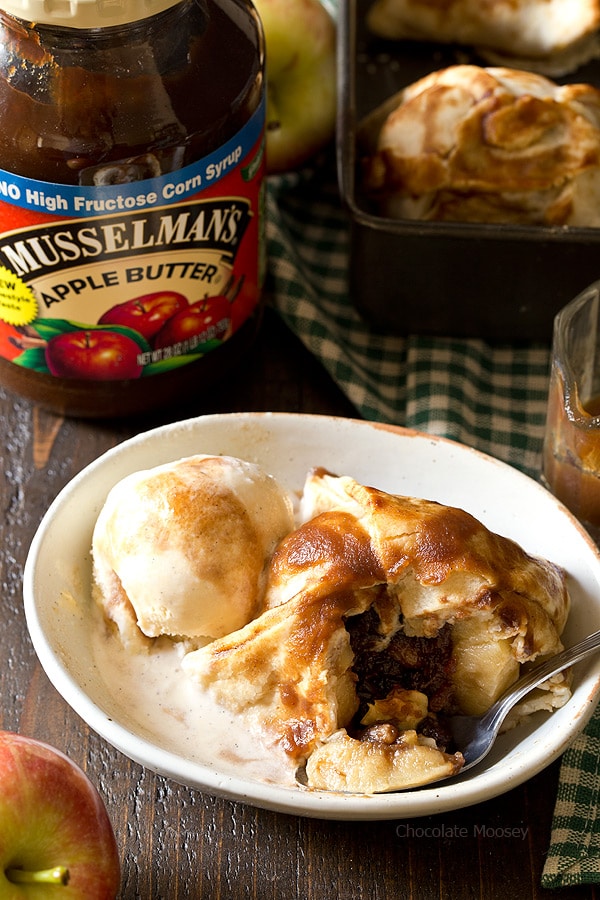 For the filling I mixed raisins and walnuts together with apple butter.

Not sure what apple butter is? It’s a highly concentrated form of apple sauce where the apples are cooked until the sugar in the apples caramelize, usually a few hours.

Most people spread it on toast for breakfast, but its versatility means it makes a flavorful ingredient for dessert too, adding another layer of fall to apple dumplings. 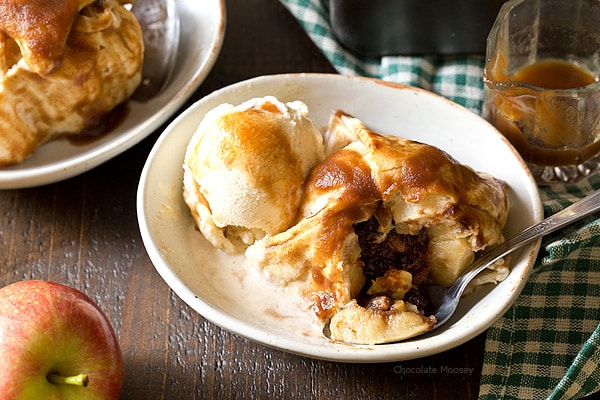