Finally – an excuse to have ice cream for breakfast! Salted Caramel Affogatos are coffee ice cream floats where cold and creamy ice cream meets hot and bitter coffee, complementing each other perfectly when you need a caffeine boost. 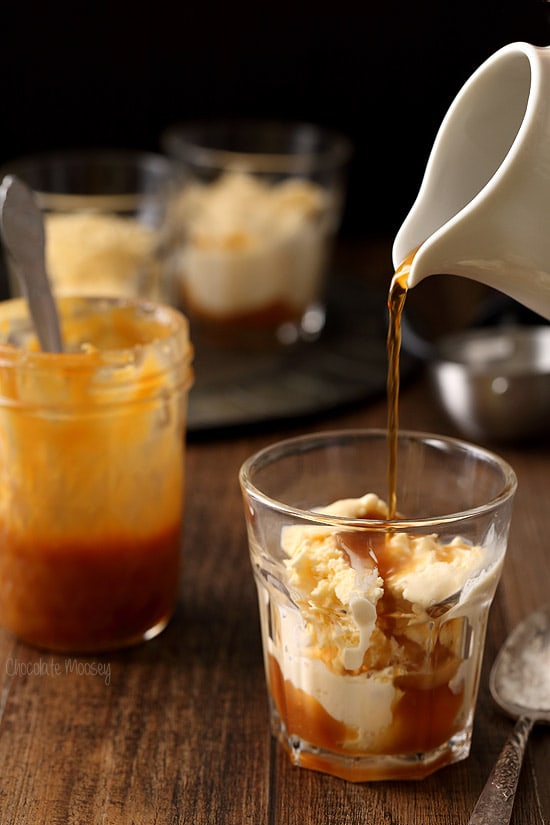 There’s a certain part of Pittsburgh that I love and often find myself shopping there, referred to as The Strip District.

I used to only go once every few months when I moved away to cow country, but now that I’m living in the city, I’m there 1-2 times a month because it’s only 5 minutes away.

It’s always funny explaining The Strip to non-Pittsburghers because almost every single person thinks it’s a bunch of strip clubs. I promise you it’s not!

Rather it’s named for being a narrow strip of land confined by natural boundaries.

The part that I visit is where a lot of the local businesses are set up in a row, almost like an outdoor strip mall. Here you can find ethnic-based grocery stores, produce stands, meat and fish markets, local artisan shops, restaurants, bakeries, and of course my favorite – coffee shops.

Although I’ve been to all of the coffee shops, I keep going back to the same one.

As I was waiting in line for my usual small latte this past weekend (their coffee is so good they don’t even offer flavorings!), I noticed they were offering a new seasonal drink – affogatos.

Ah affogatos! I haven’t had one in a long time. An affogato, which translates into drowned as in drowned in coffee, is an Italian based drink where you pour espresso over ice cream, much like an ice cream float but with coffee.

I didn’t order it, but as I was walking past another coffee shop, they too had affogatos on the menu. More affogatos! This is how you know summer has (unofficially) arrived.

The first time I had an affogato was when I was studying abroad in Ireland. My campus had a coffee shop that also sold ice cream and apparently you could order the two items together in one drink.

This is quite genius if you think about it; instead of using sugar and regular milk or cream in your coffee, you use it in frozen form aka ice cream.

With affogatos on my mind, I took my favorite latte flavor and made Salted Caramel Affogatos with vanilla ice cream and >a href=”https://www.chocolatemoosey.com/homemade-caramel-sauce-for-sundaysupper-5-ingredients-or-less/”>homemade caramel sauce.

Affogatos are meant to be served as dessert, but I look at it as probably the only excuse in the world where I can have ice cream for breakfast and still be totally legit.

After all, I can’t go through a morning without coffee. 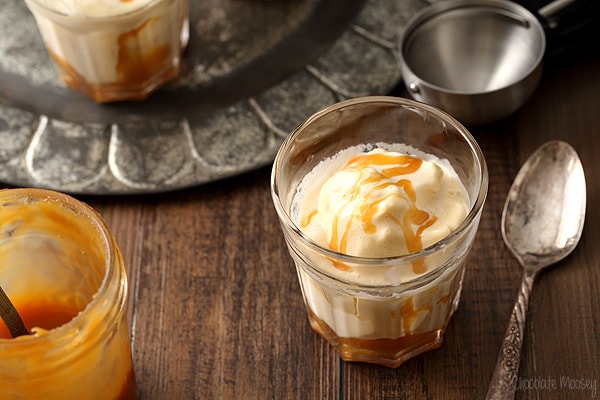 As much as I love hot coffee, it gets to be too much in the summer with the sun beating down with temperatures in the 80s or even 90s.

I know you can make iced coffee, but I hate ice in my drinks. Yes, all drinks, ranging from water to pop to even lemonade.

As long as the drink itself is cold, I don’t add ice.

I can handle frappuccinos from a certain national coffee chain as it all gets blended together; I just hate drinks served over ice.

I do, however, love drinks served over ice cream. 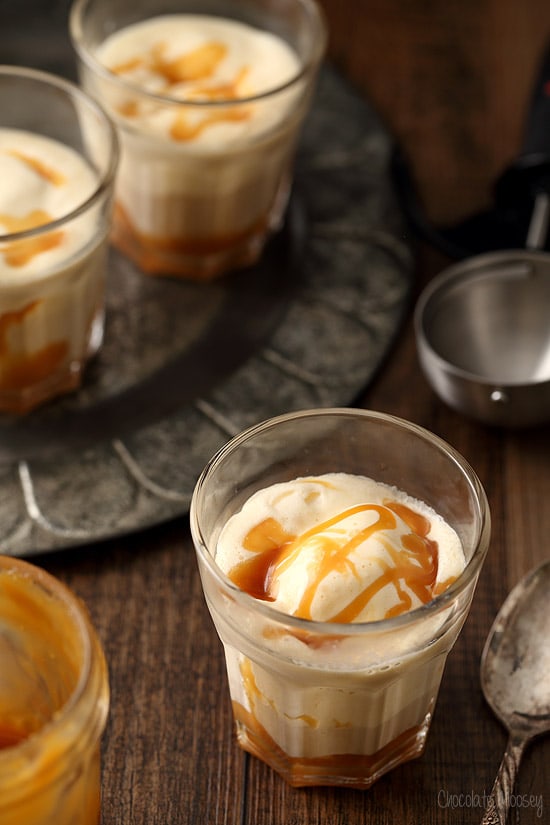 Traditionally, affogatos are served with espresso, but I used strong brewed coffee because 1. Not everyone owns an espresso machine and 2. my espresso machine is out of order, perhaps forever.
Continue to Content 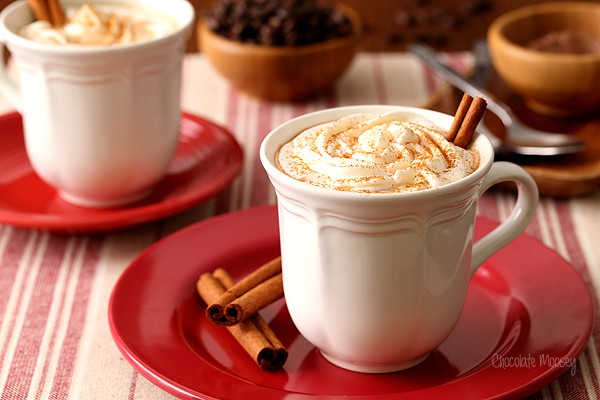 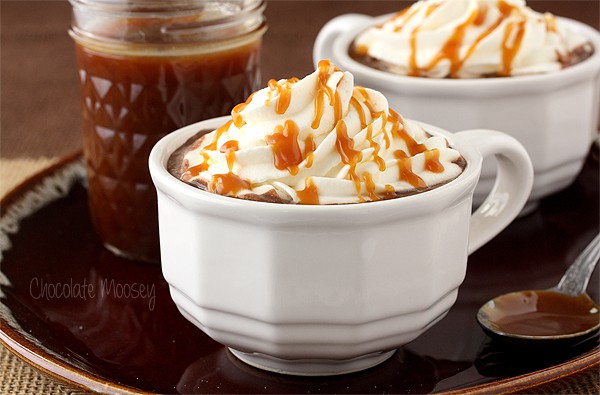