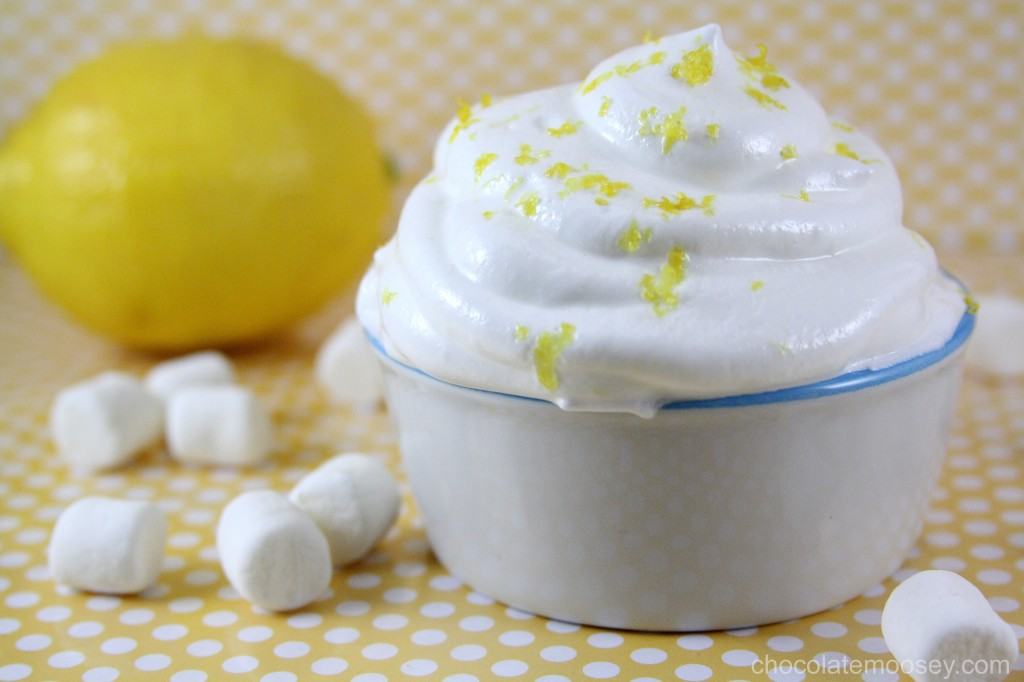 When it comes to dessert, it’s no surprise that I love chocolate (not that my name gave it away or anything). Lemon and marshmallow are pretty high on the list too, so what happens when you pair up these two flavors like in this Lemon Marshmallow Fluff? Move over, chocolate. Hello, beautiful. Seriously, I just wanted to take a spoon and eat it like ice cream. You can eat it with spoon, use it as “sauce” on ice cream, make a fluffernutter sandwich, stuff cupcakes, eat some more with a spoon. The best part is it uses up some of those egg whites you probably have stashed in the freezer like I do. 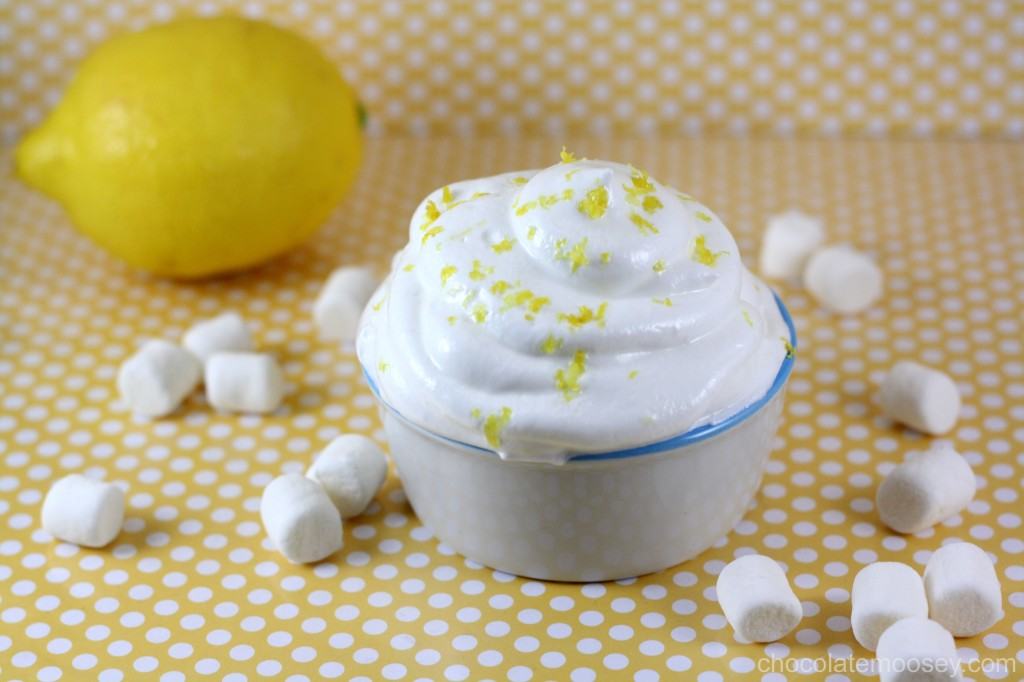 To be honest, I had no intention of making lemon fluff. Sure, at one point I asked, “what can I do with my egg whites?”, but that was probably a month ago. As I was planning my Mother’s Day cupcakes, I needed a filling. Didn’t want custard or a mousse. No jam in the house. Marshmallow fluff sounded good. When I went to the pantry, no fluff. Hmm now what? I have a marshmallow book, so I checked the fluff recipe. As long as I could decrystallize the marshmallow syrup I made probably a year ago, this could work. 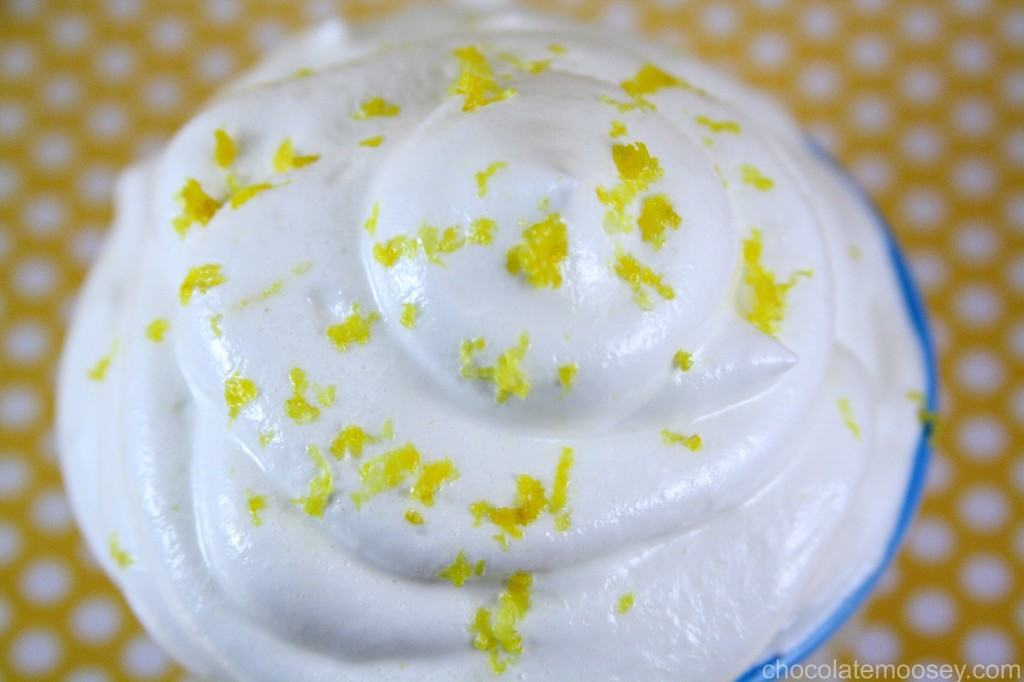 This recipe is the perfect example as to why I need a stand mixer because you have to beat the egg whites for almost 10 minutes, but the hand mixer did just fine. That poor soul has taken a lot of beating. I can say this recipe is a little dangerous because you boil the syrup at 250F. Because the syrup is sticky, if you get some on you, it’s hotter than boiling water and won’t shake off. I did it once with caramel. Just be safe, okay? 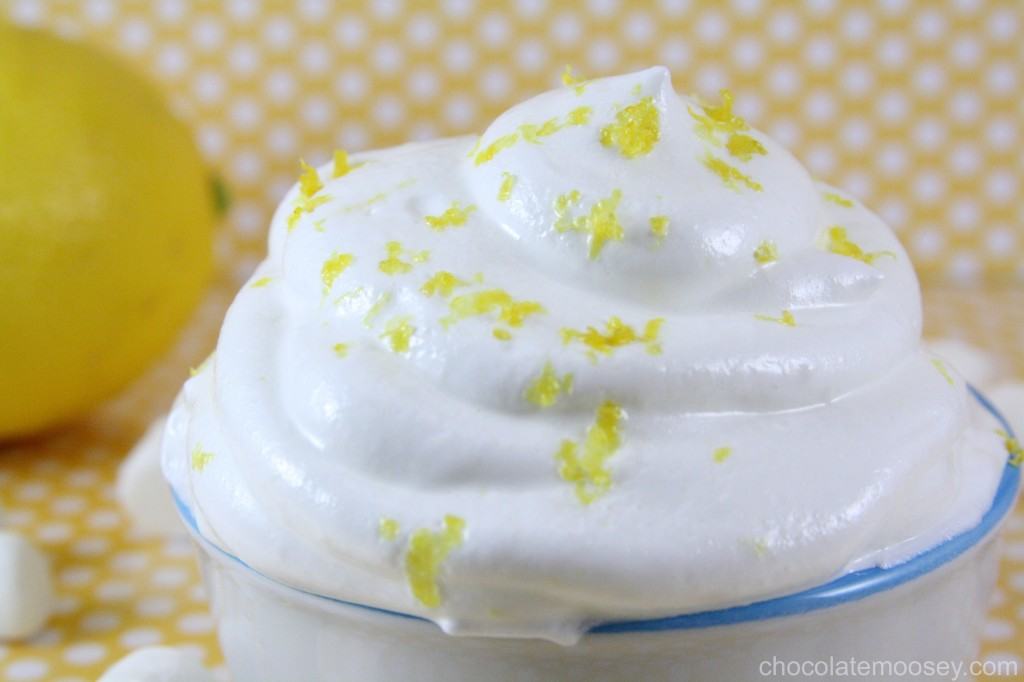 Believe it or not, I had the toughest time plating (bowling?) my fluff. First I tried spooning and styling with a fork. Nope. Then I went through two pastry bags with two different tips. Nope. Frustrated, I finished emptying the pastry bag and was getting ready to attack it with my fork again when I paused. It…it looked like that? Perfect fluff that looked like a bowl of ice cream? Who am I? How did I do that?? Not wanting to question the fluff gods, I gently added lemon zest and off for pictures it went. It held up pretty well too because I was expecting it to melt everywhere. 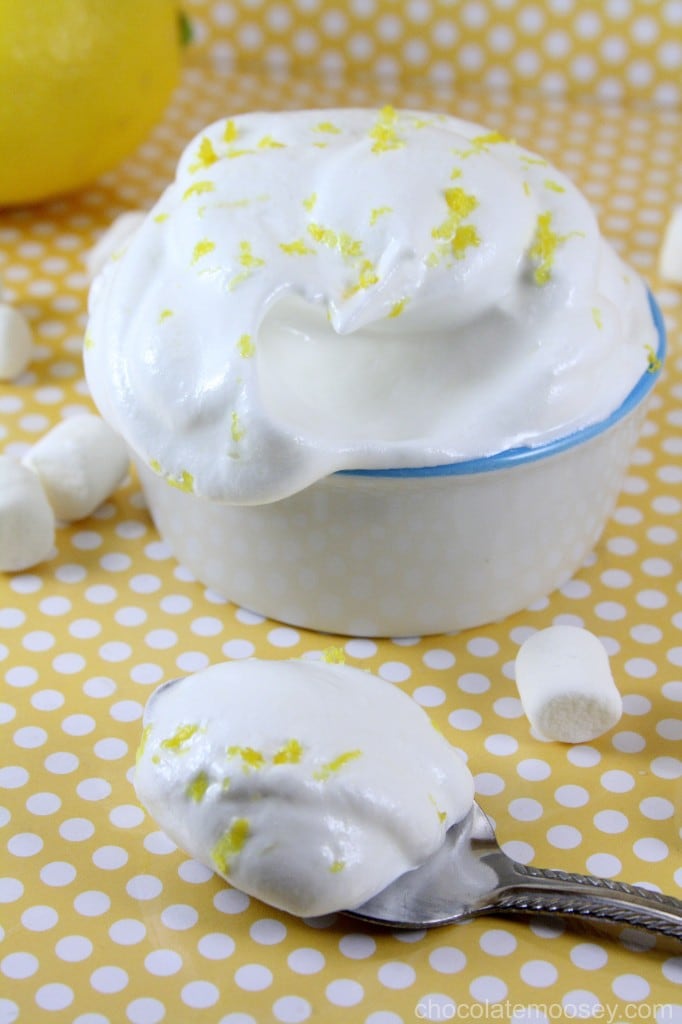 Now that I know making fluff was easier than I thought, I have all kinds of flavor ideas in mind. I do have about one more dozen of egg whites left in the freezer plus more to come from making ice cream. 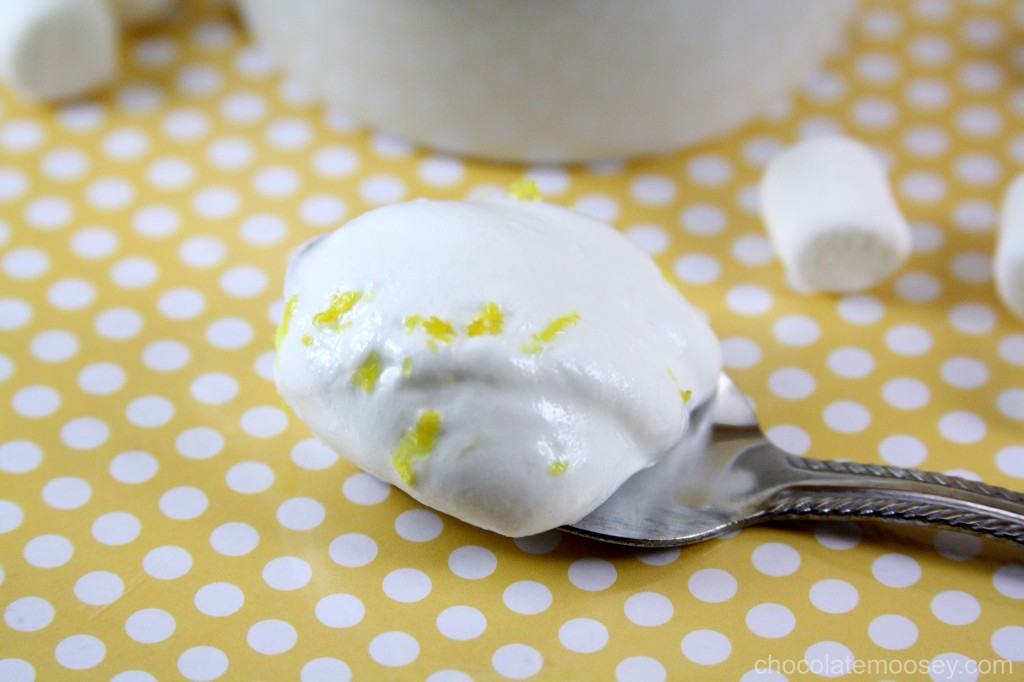 What kind of fluff would you like to see me make? 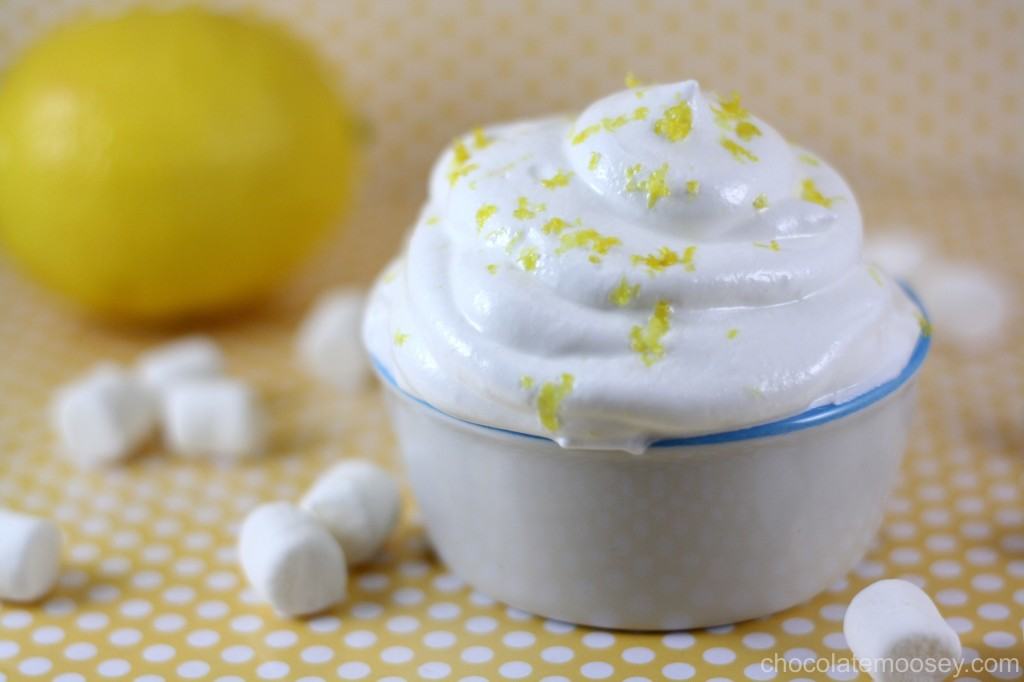