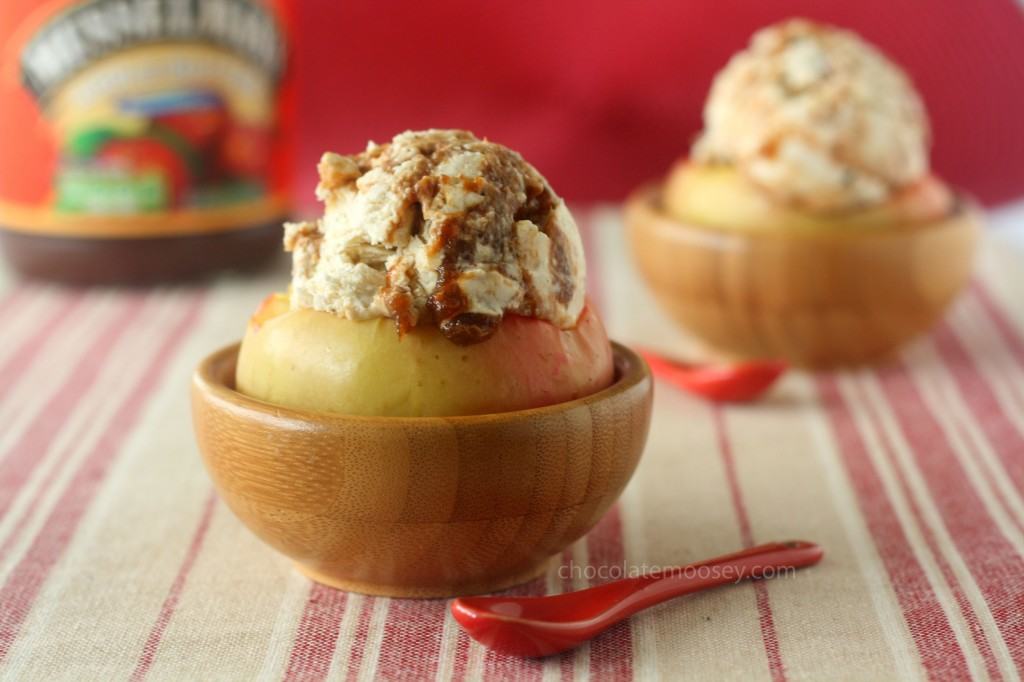 What comes to mind when you hear apple butter? Do you imagine the leaves becoming vibrant, the days getting shorter, the weather getting chillier? What about eating it? Can you think of anything other than spreading it on toast? Most people tend to think about apple butter as a spread eaten during September and October. However, it is much more than that. Musselman’s is here to prove that apple butter is such a versatile ingredient, you can use it any day of the year, in both savory and sweet recipes. Take this Apple Butter Cheesecake Ice Cream for example. All of these ingredients can be found any day of the year, so it can be made whenever I want it. You can eat it right now with your slice of warm apple pie or you can make it during summer for a nice cold treat. 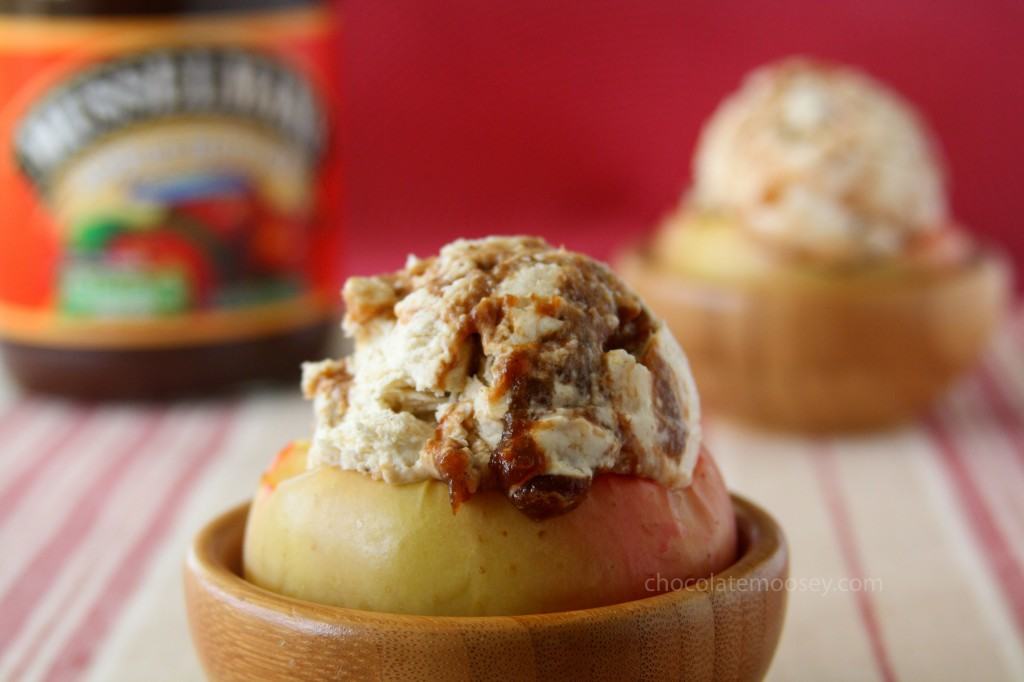 We eat all kinds of fruit during the summer, why not apples?

I know what you’re thinking – fresh apples aren’t available until September, why (or how) would I want to eat apples in June?

That’s the point of apple butter! Sometimes you can’t get fresh apples when you need them. Apple butter is readily available all year round and can curb those apple cravings.

Right now, it is mid-October and I want a peach cobbler. There are no more local fresh peaches, so I have to settle for canned.

Same thing with apples. If I want apples in June, apple butter is the next best thing.

Trust me, one bite of this ice cream, and you’ll learn there is nothing wrong with that. 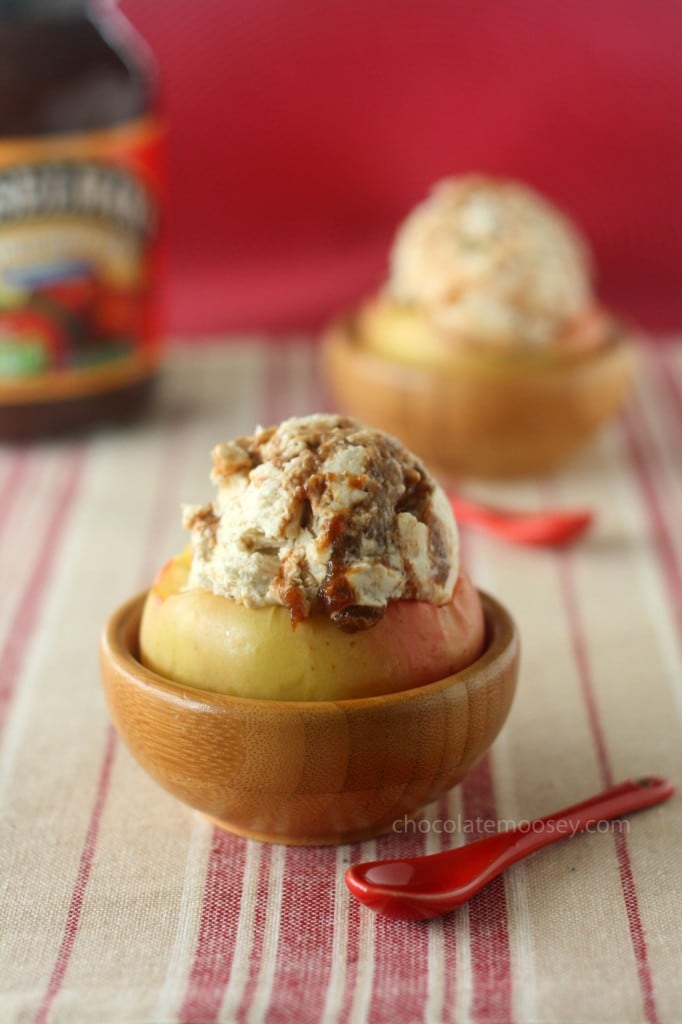 Did you know apple butter is a highly concentrated form of apple sauce? The long and slow cooking of the apples caramelizes the fruit sugars for rich taste and texture. It is available in stores nationally all year round, so you don’t have to wait for fall. 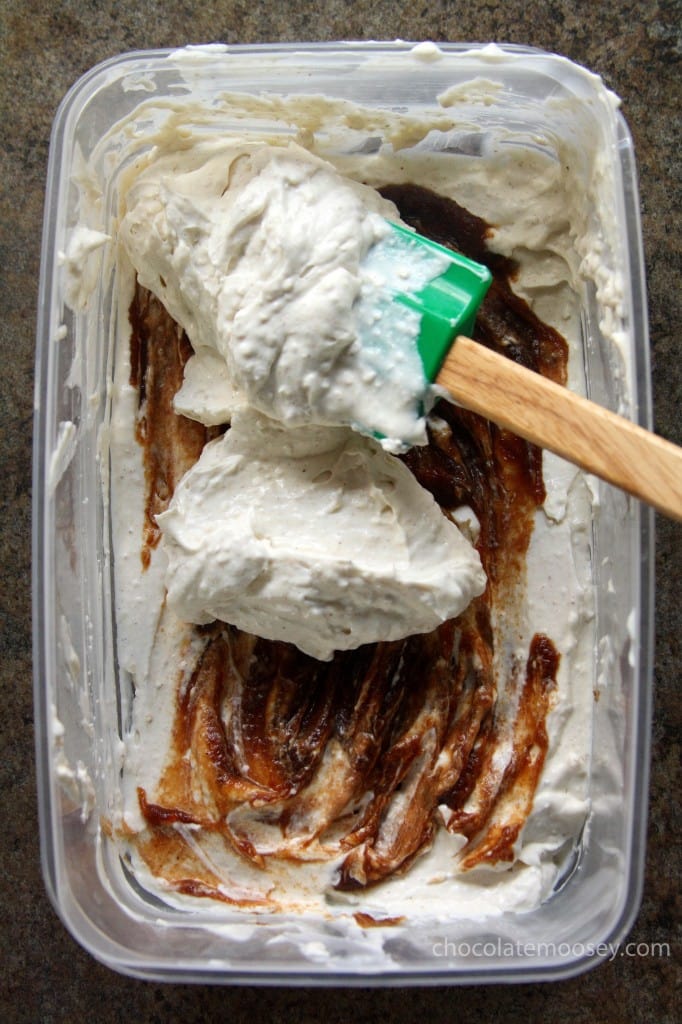 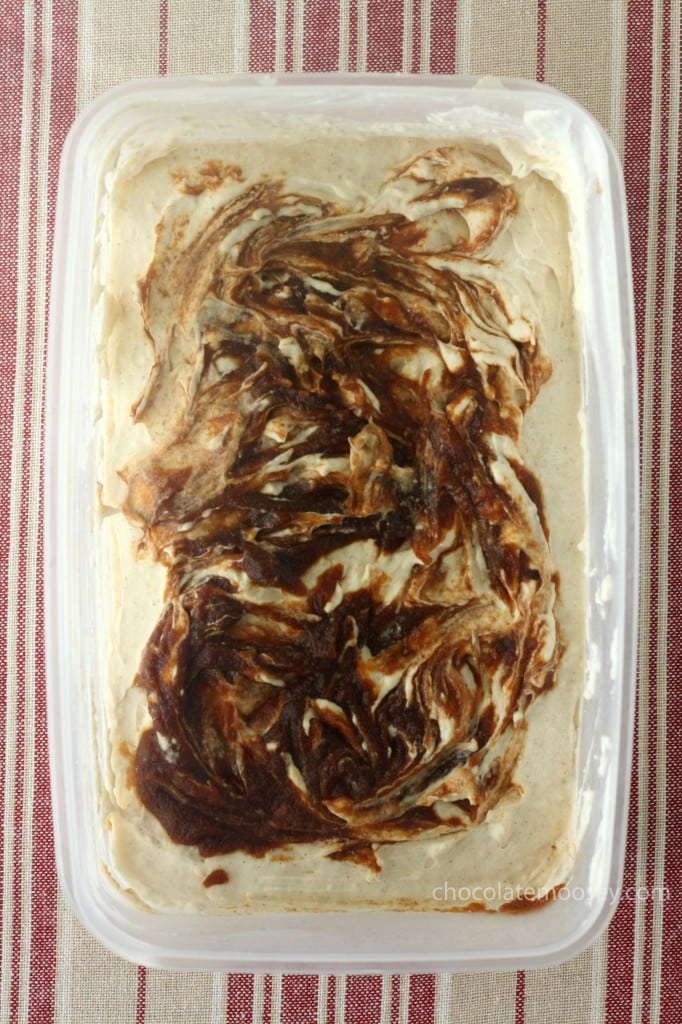 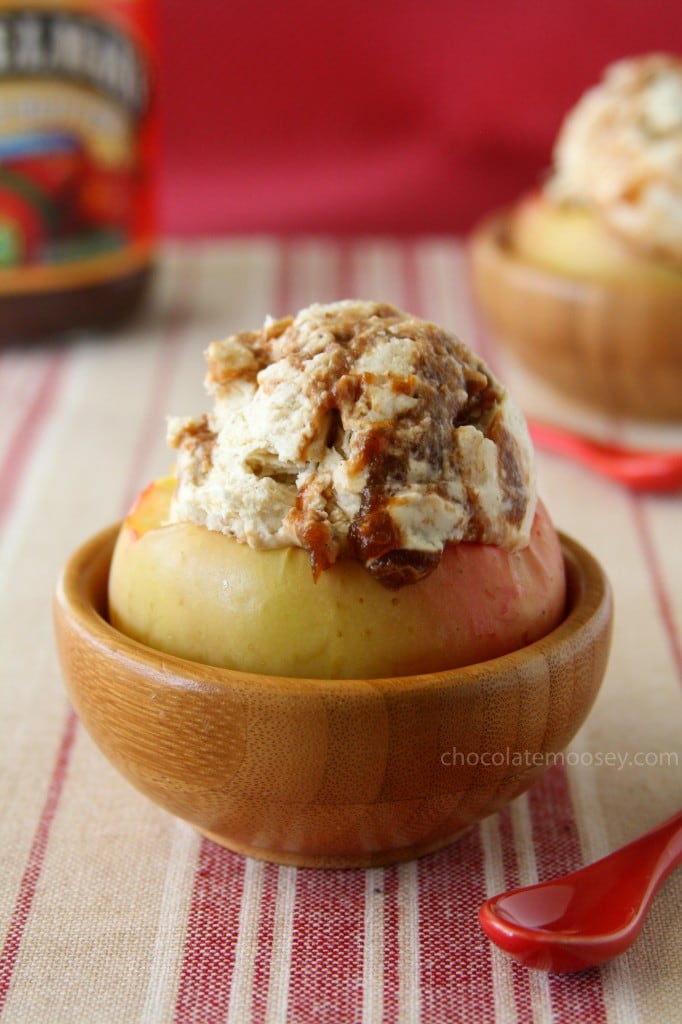 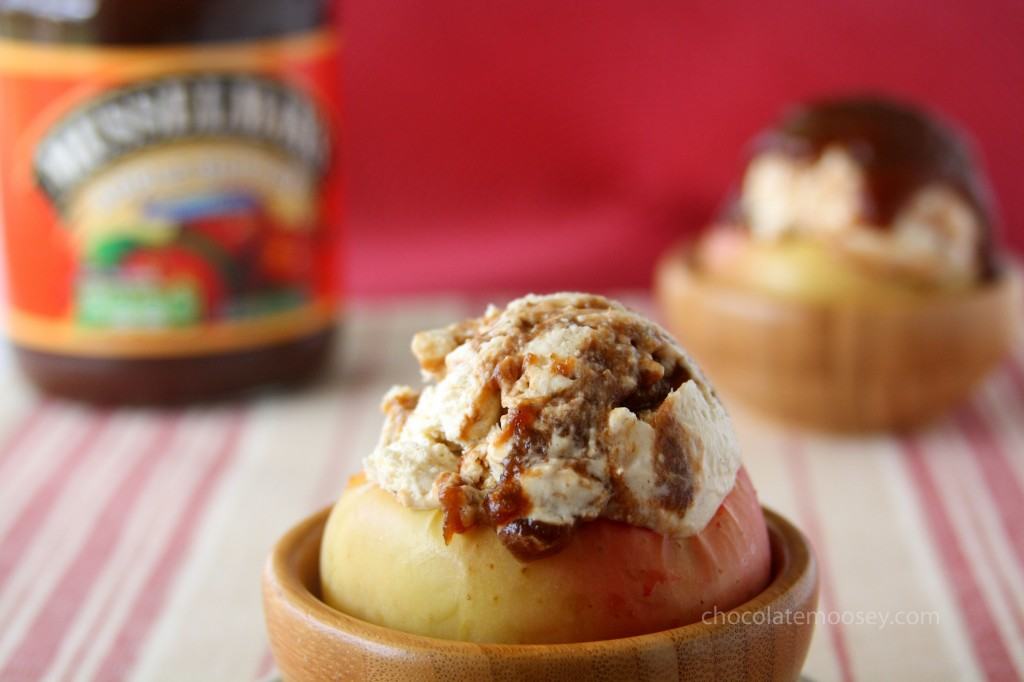 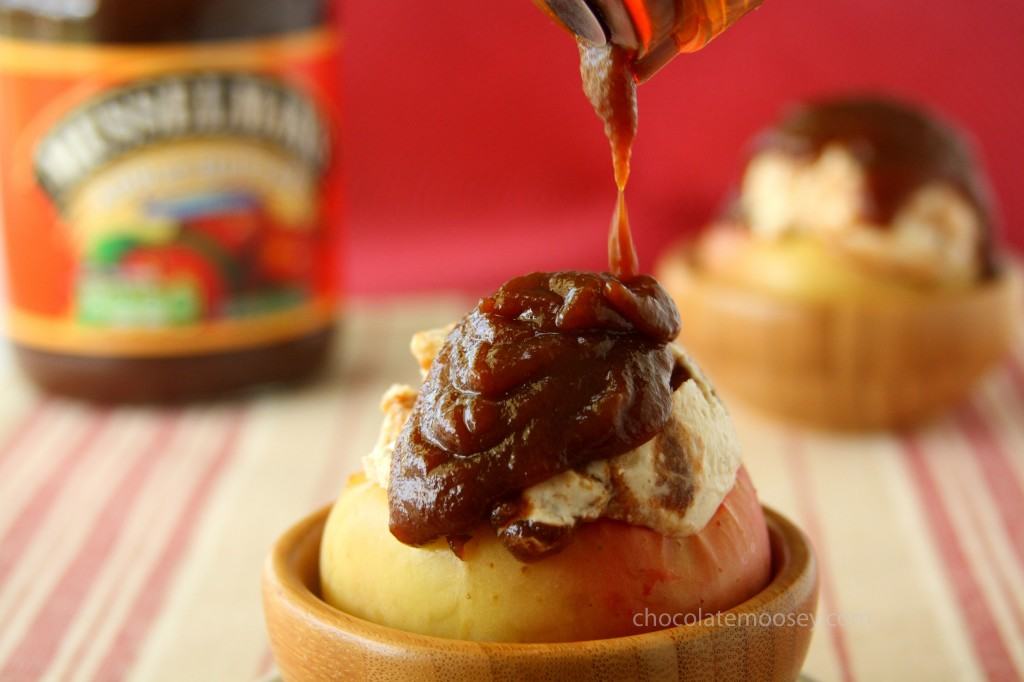 *To freeze by hand, place the ice cream mixture into the freezer. Whisk every 30-45 minutes until the mixture is just about frozen.