So I’m sitting at my kitchen table yesterday morning and decided “hey I should prob look up the latest TwD challenges, especially since today is Tuesday.” I realized yesterday’s challenge was white chocolate brownies and knew if I ran out to the store, I could make them in the evening. Plus I had some apricots I wanted to use, so I figured I would sub them for the raspberries. I did bake these last night, but due to some unfortunate news that caused me to stress out (rescheduling stuff with a tight schedule), I was too upset to take pictures and upload them. Hence why they are being posted Wednesday evening. 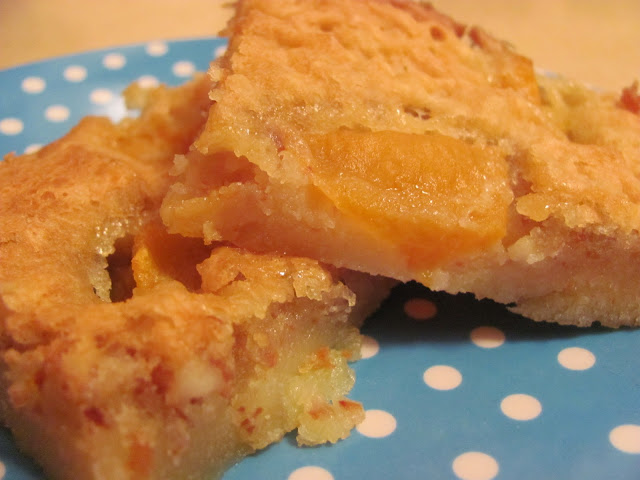 I tried doing the meringue, but the egg whites wouldn’t even whip to soft peaks. I think it was because the house was too hot. I couldn’t whip them the other day for a pie I made. Or maybe I just need to buy a bowl just for egg whites so it doesn’t get used for food storage.

I cut this recipe in half bc I didn’t want all these brownies in the house when I made cheesecake the other night. I don’t know if they had enough white chocolate in them. Plus they are super thin. I did use lemon zest instead of orange bc it’s what I had, and I hate oranges.

It’s hard to say I liked this recipe. I don’t think they turned out the way they were supposed to, so I’ll have to hopefully try this again the right way. Thanks Marthe of Culinary Delights for hosting this week! You can find the recipe in Baking: From My Home To Yours on pgs. 110-111 or on Marthe’s blog.