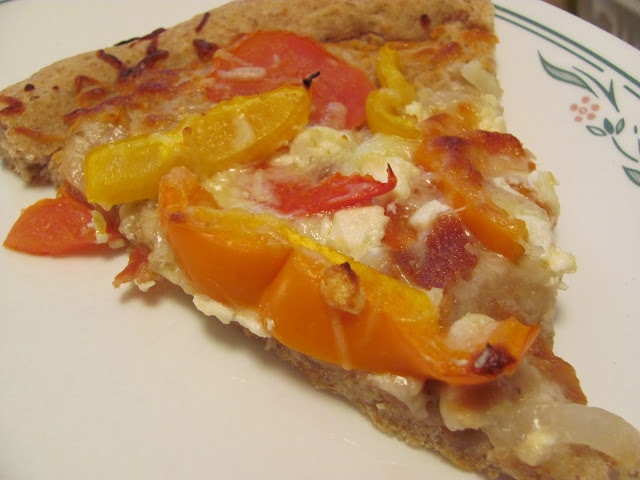 If you were to ask me what my favorite cheese is, I’d immediately say goat cheese. Some people are turned off just by the name, but it’s just cheese made with goat’s milk rather than cow’s milk and tastes like a savory cream cheese. There’s really nothing wrong with goat; I’ve even had goat curry before.

Going through a pizza cookbook, I found a goat cheese pizza. It’s almost vegetarian because it has bacon, but I’m sure you could omit that and make it all veggie. Or even sub mushrooms. Upon reading the recipe, I thought this pizza would be a little… weird (for lack of a better term) because there is no sauce. You just brush olive oil on the crust. I was surprised since I was expecting it to be dry. The olive oil definitely helps, but the toppings give it such a powerful flavor profile, you don’t miss the sauce. As far as the dough, CA Pizza Kitchen does give their recipe, but I was busy and tired, so I made the one I usually make in my bread maker. 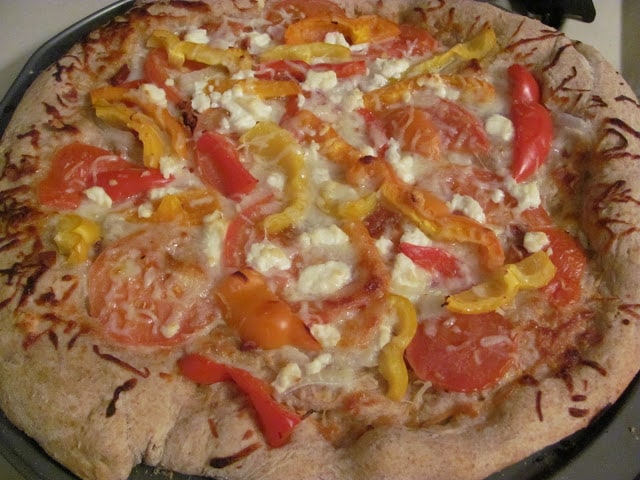