This week’s challenge is Dorie’s Toasted Coconut Custard Tart, which called for dark rum. Now I rarely drink alcohol, but I know dark rum has a specific flavor profile compared to other types of rum or even rum extract. I’ve been debating on spending money for something I rarely use but decided since I’ve had really good rum cake in the Bahamas, maybe I could duplicate it. They don’t sell tiny bottles of dark rum, so I bought a regular bottle of Myers Dark Rum (which is the only brand of dark rum I could find). 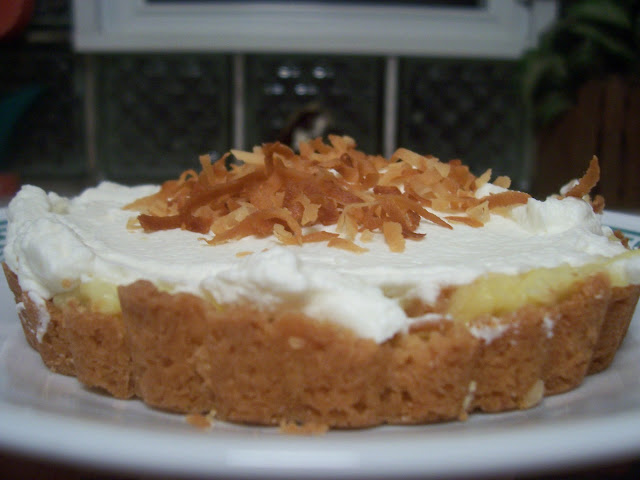 Rum is not something my family enjoys either, so I made two mini tarts,seeing as only my dad and me would be the ones eating them. Boy was I wrong. They lasted maybe 10 minutes because my mom and brother had a bite and decided to eat more. Cutting the recipe into thirds made the perfect amount for two mini tarts. As far as flavor, some TwDers said there wasn’t a strong coconut flavor, which makes sense. If you think about it, it’s really just a normal custard with toasted coconut folded in. One person suggested using coconut extract, so I substituted that for vanilla. It would be interesting to see if you can make the custard with coconut milk. I know skim milk is frowned upon because of the fat ratio.

The amount of rum used is debatable. The rum is kinda strong, so if you love rum, great. If not, you may want to scale it back to 1 Tbsp instead of 2. I left rum out of the whipped cream because the custard was strong enough. I did use coconut extract in both the custard and topping. 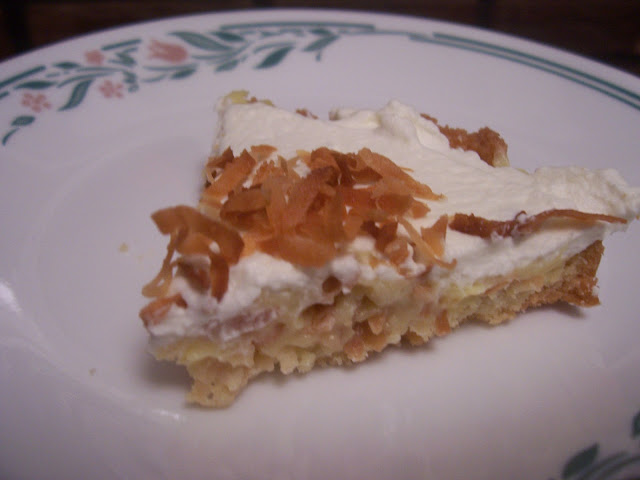 Thanks to Beryl of Cinemon Girl for choosing this delicious tart. You can find the recipe on pages 344-345 of Dorie’s Baking: From My Home To Yours or on Beryl’s blog.