Tired of the same boring side dishes? Try this small batch of Pan Fried Potatoes with Olives tossed with olive oil, parsley, and pine nuts. Plus learn the secret to making fried potatoes that are crispy on the outside while also soft and fluffy on the inside. 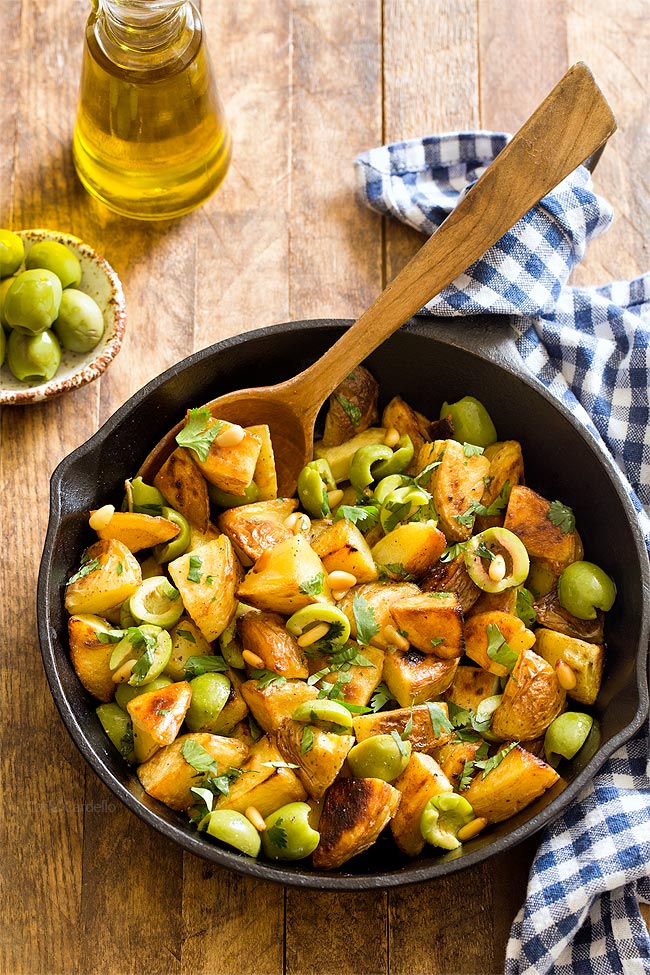 One of my favorite dishes to order at a restaurant, especially for breakfast, is crispy fried potatoes. It’s one of those dishes I love eating so much, but when it comes to making them at home, I fall short.

The problem is you fry the outside until golden brown, but the inside is still raw. By the time the middle softens, the outside burns.

Good news for you is I have a solution, which I’m going to share with these small batch Pan Fried Potatoes with Olives.

This recipe is similar to my Pan Fried Potato Wedges but cut into smaller pieces and tossed with green olives, olive oil, and pine nuts.

I used golden potatoes because I like the hue of the yellows and greens, but you can certainly use another variety of potato.

Since this is a side dish, serve them with Maple Roasted Chicken Quarters or Honey Mustard Chicken Thighs. Or add a fried egg on top and call it dinner.

Now, are you ready for the secret to crispy fried potatoes with a fluffy interior? 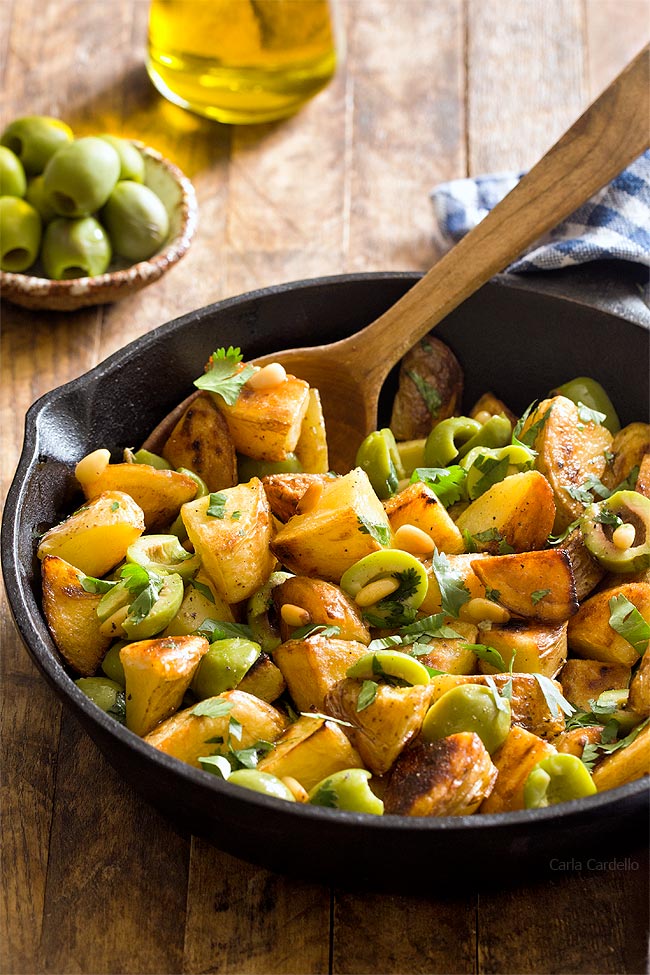 Parboiling it before frying. This ensures the center is cooked through by the time the outside fries without burning.

If you’re tempted to save time by skipping this step, don’t be surprised if your potatoes are still raw in the middle.

For the olives, I used castelvetrano olives, which are bright green (brighter than most green olives) and processed in brine rather than cured in vinegar, which means they aren’t as bitter and salty as other olive varieties.

Although they’re typically paired with wine and cheese, I paired them with fried potatoes because they’re buttery and meaty, the perfect complement to potatoes. 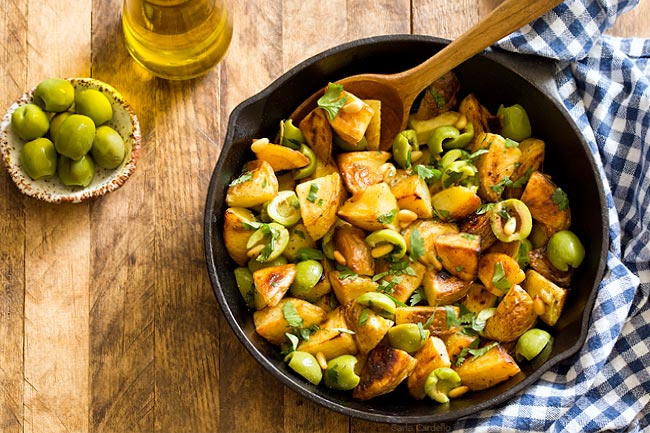 Although small batch recipes are typically for 1-2 people, one benefit that applies to everyone is you don’t have to throw out leftovers that don’t keep well; nothing is worse to reheat than leftover fried foods.

With this recipe for two, you can finish everything in one meal without feeling guilty about tossing the rest.

Bonus: These pan fried potatoes are naturally vegan. I personally don’t care one way or the other but I have a friend who recently went vegan, so it’s always a good idea to have a few vegan friendly recipes on hand without having to buy specialty ingredients.