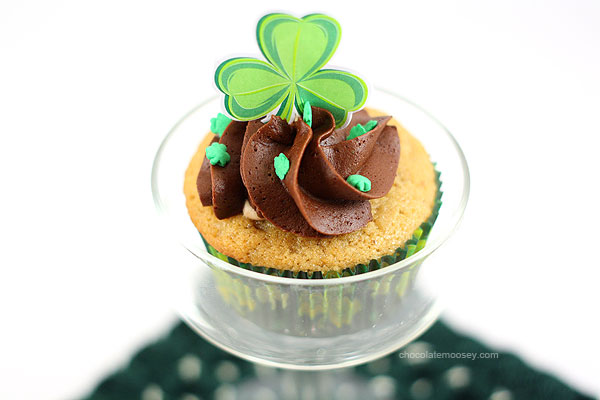 This week I’m bringing you a special St. Patrick’s Day dessert with these Irish Cream Cupcakes filled with Irish Cream mousse and topped with Chocolate Irish Cream Frosting. If that doesn’t sound like a party, then I don’t know what does! 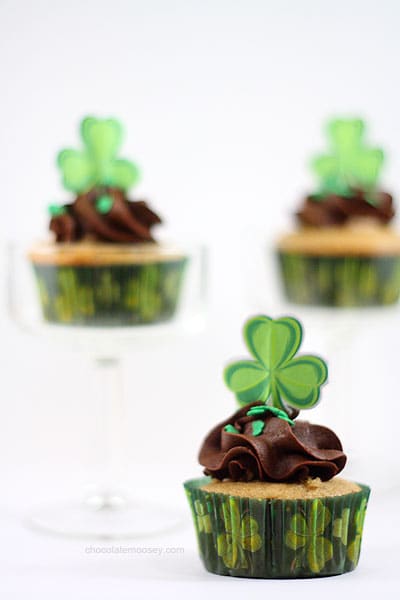 I had trouble finding a recipe for my vision, so I ended up combining several recipes. For the cupcake, I took a Kahlua recipe and subbed Bailey’s, which was a nice complement to the espresso powder I used. Next, I found Bailey’s mousse and used that to fill the cupcakes. Then I took my go-to chocolate frosting recipe and subbed Bailey’s for the milk. I know it sounds like a lot of booze, but when you divide a couple of tablespoons between 12 cupcakes, really it’s not. I wouldn’t rush out and feed your kids, but I wouldn’t worry about getting tipsy either. 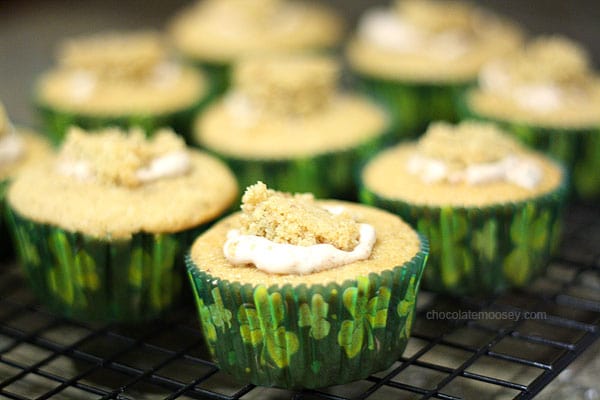 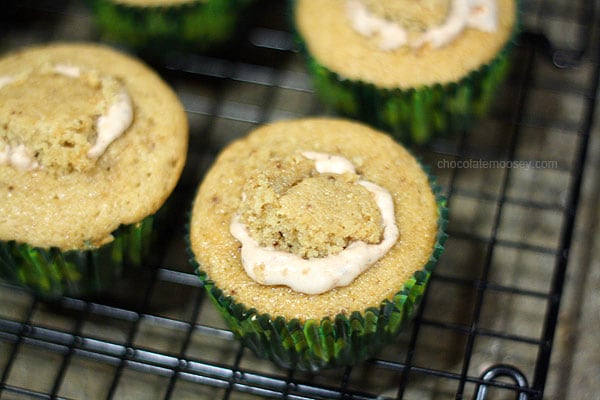 Looks like I have more pictures than words, so I’ll leave you and these cupcakes alone. 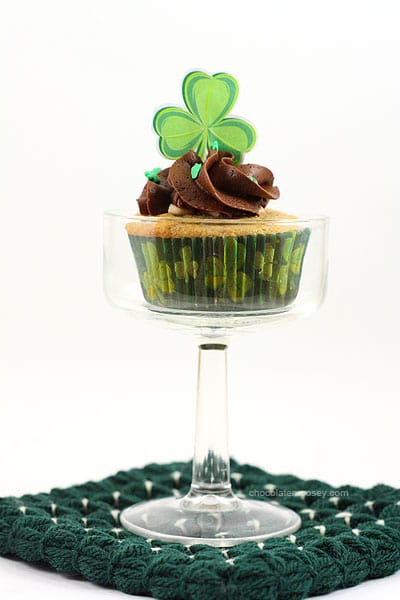 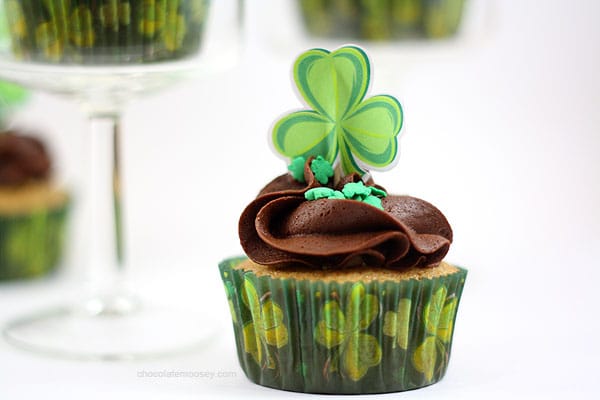 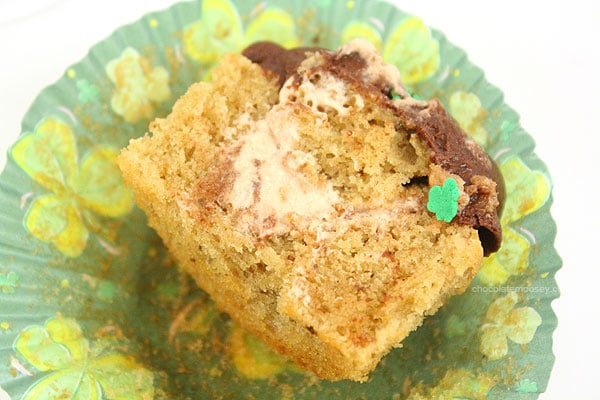