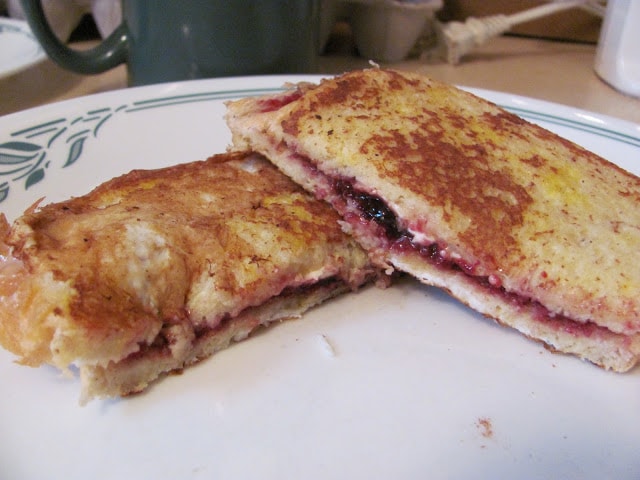 Almost two months ago, McCormick sent me a toolkit and recipes to try. Easter morning, I tried their stuffed french toast, which is a great recipe when you want something special for breakfast. Pretty much it’s a cross between a grilled cheese and french toast when it comes to making it. You spread the filling on bread, put it together like a sandwich, dip it in egg mixture, and cook in the skillet. The original recipe called for apricot preserves or jam, but I used blackberry jam since that’s what we had in the fridge.