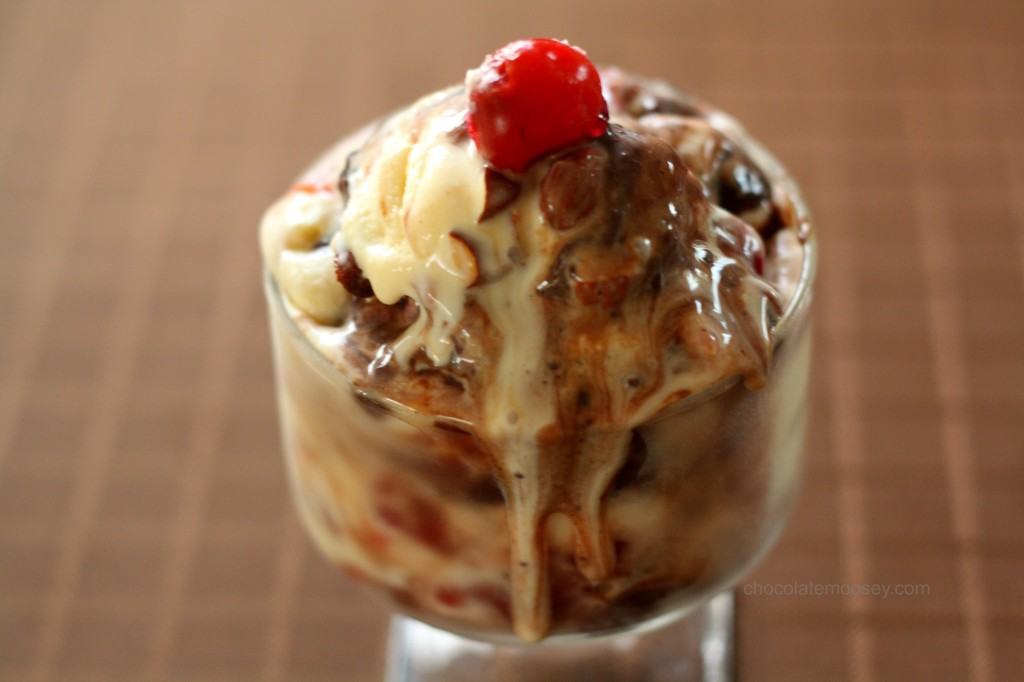 Unless you’ve been living under a rock, you’ve probably taken notice that it is HOT outside. Record-breaking temperatures hot. Cranky kitty hot. Eat ice cream for lunch and not feel guilty hot. We’ve been pretty lucky in PA as our temperatures aren’t as hot as some areas with only one or two days breaking 100F, but that doesn’t mean I’m going outside at will anytime soon. Instead, I’m going to stay inside and eat a big bowl of this Dark Truffle, Candied Cherry, and Toasted Almond Ice Cream I originally made for Miriam at Overtime Cook.

I met Miriam back in April. Her and I talk a lot on Twitter, mainly about food and photography (what? You think I have a life outside of this blog?). One unique thing about her is she eats kosher. All I know about eating kosher is she can’t eat pork. Of course it’s much more than that, so when she asked if I would guest post, I did some research. 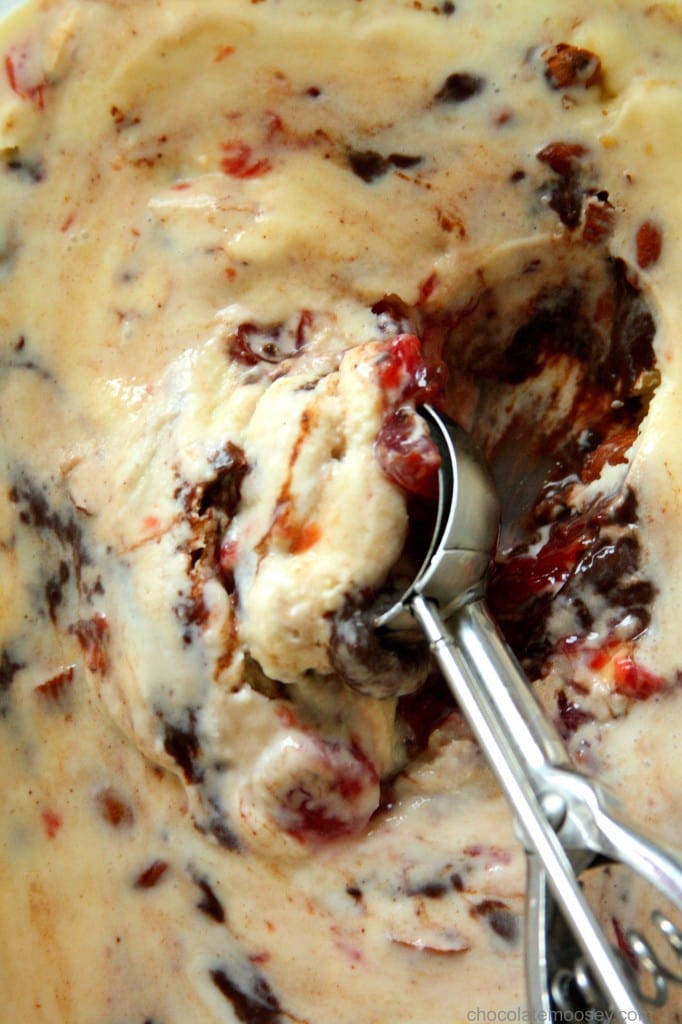 Kosher food is food prepared in accordance with Jewish dietary laws. Some examples are ingredients derived from non-kosher animals or from kosher animals that were not prepared in the proper manner, a combination meat and milk, some ingredients produced without supervision, or the use of non-kosher cooking utensils and machinery (no shopping at thrift stores because the items were previously used). Fortunately, there isn’t a whole lot of rules when baking kosher compared to cooking kosher.

It took me awhile to figure out what I wanted to make, but with this heat, ice cream was the perfect choice. I’ve been dying to make this Dark Truffle, Candied Cherry and Toasted Almond Ice Cream from David Lebovitz’ book The Perfect Scoop ever since I got it. His picture is just so inviting with those vibrant red cherries. Imagine a scoop of toasted almond ice cream packed full of candied cherries, more toasted almonds, and dark chocolate rum truffles. 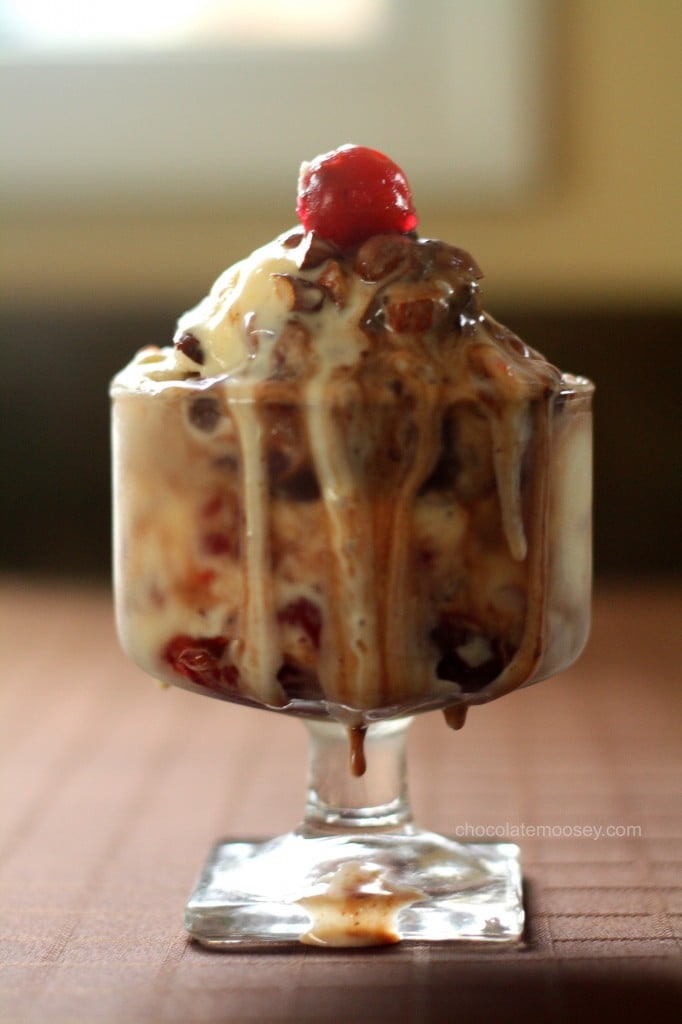 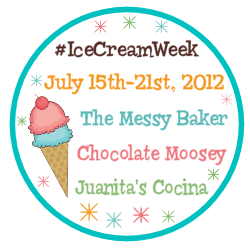 And speaking of ice cream, I’m excited to announce that next week will be #IceCreamWeek here at Chocolate Moosey! I’m teaming up with Jen from Juanita’s Cocina and Jennie from The Messy Baker all of next week to bring you 7 days of ice cream fun. That is 21 posts of ice cream related treats. Bring your fat pants because we have so much delicious fun for you!

If you’d like to join in, you can post as few or as many days as you’d like. On the last day, we will have a linky widget where you can add your posts.