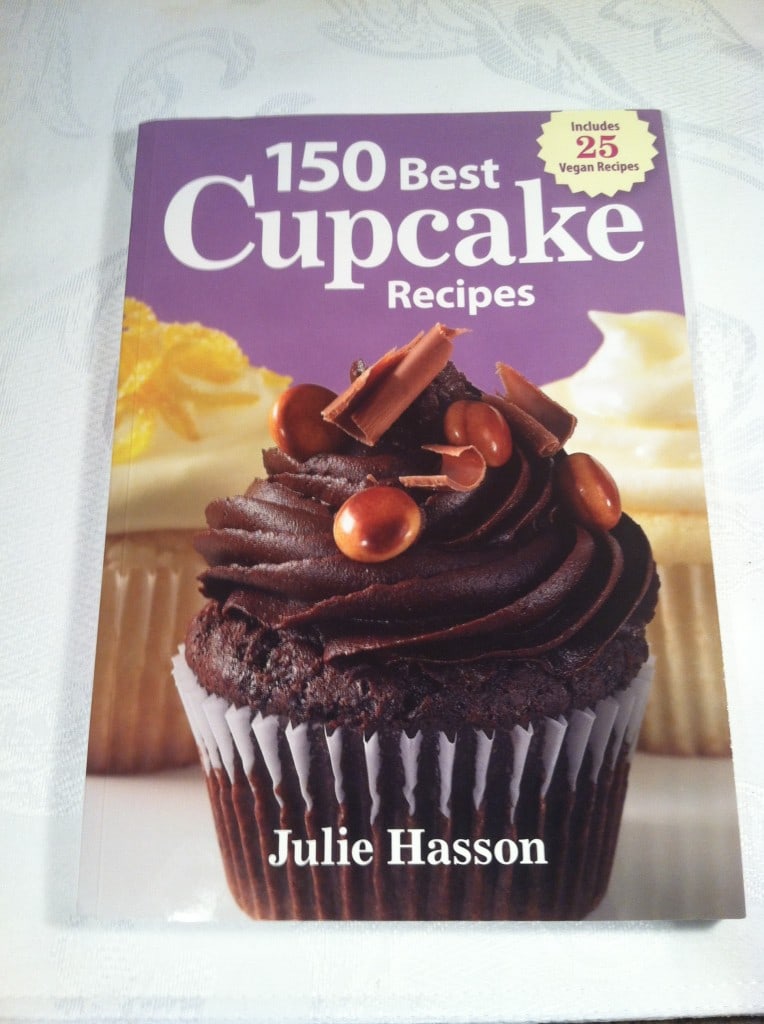 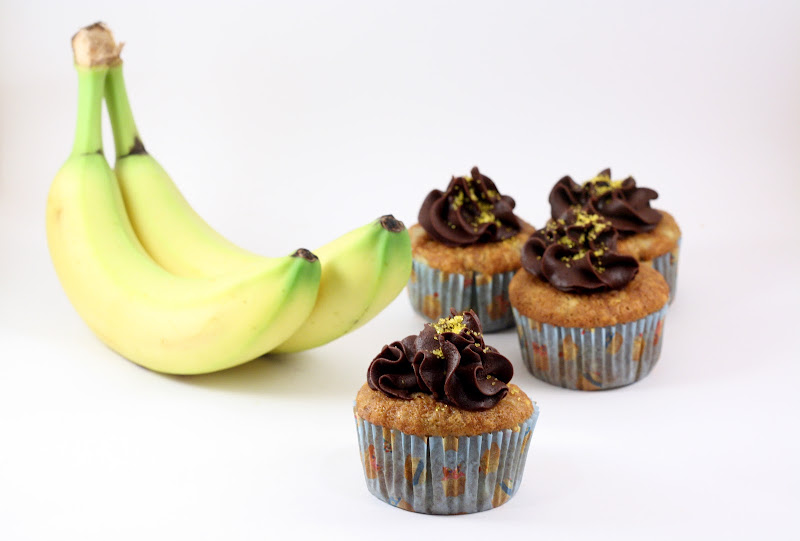 Julie’s Banana Cupcakes
Unfortunately, my skepticism was validated. Most of the book is exactly the same as her last book. Even the introduction is exactly the same. Half of the pictures are the same with a few new ones in the mix. Only 29 recipes were new, which were all vegan. I have nothing against vegan recipes. It’s just that most of them involve buying ingredients that I normally don’t stock; therefore, I’m not going to make the recipe unless I have a special request. My biggest question about this book – why did Julie even bother publishing 150 Best Cupcake Recipes? I understand if you want to include some recipes from the original book, such as your top 10 most popular or most favorite ones. But when only 20% of the recipes are new and 80% are repeats, what exactly is the incentive for me, someone who already owns 3 Julie Hasson books and has no desire to bake vegan, to buy this book? 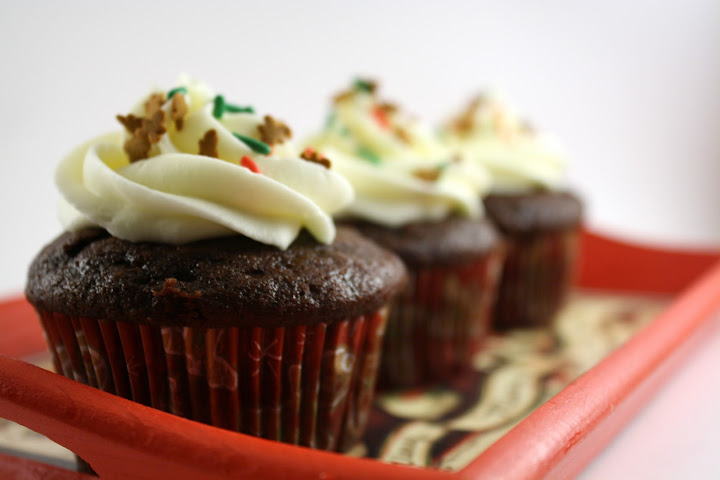 Julie’s Chocolate Gingerbread Cupcakes
Now, this isn’t meant to be a negative review. In fact, I highly recommend this book if you don’t already own 125 Best Cupcake Recipes. It is the go-to guide for making cupcakes from scratch. If I had to clean off my bookshelf and only keep one cupcake book, 150 Best Cupcake Recipes is it. I just feel like Julie missed the opportunity to really wow her current fans with inventive, new recipes.

Taking a step back from her two cupcake books overlapping greatly, this cupcake book really is *the* source for cupcake recipes. Whether I need a straight-forward recipe or plan on adapting one, I turn to Julie. There were only one or two times where I needed a recipe, and Julie didn’t have the answer. 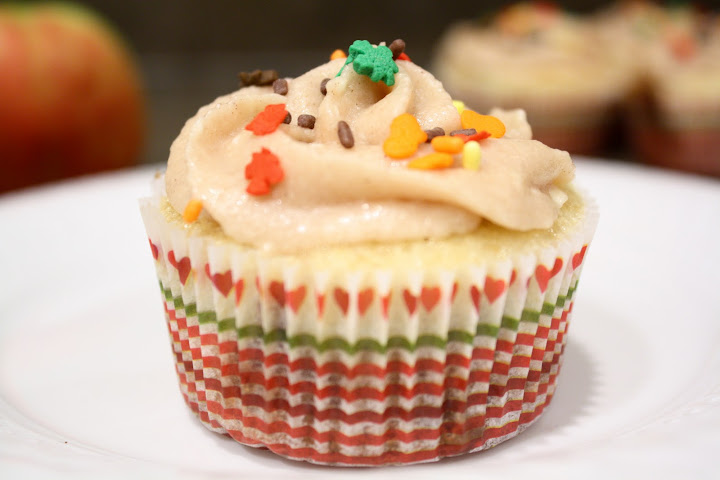 Julie’s Apple Crisp Cupcakes
The book is divided into chapters: Chocolate, Fruit, Nuts, Adults Only, Kids’ Corner, Spice It Up, New Twists, Vegan, and Frosting, Glazes, and Fillings. Although there are some photos, not every recipe has a photo. Ok, maybe it’s not as critical in a cupcake book because most cupcakes look the same, but you can never go wrong with a picture for every recipe. I love seeing the way food stylists and photographers capture something as simple as a cupcake. For the few pictures that are listed, they are grouped in chunks and not next to their recipes. If I want to see a picture, I don’t want to have flip through and hope that it’s among the few that are included. 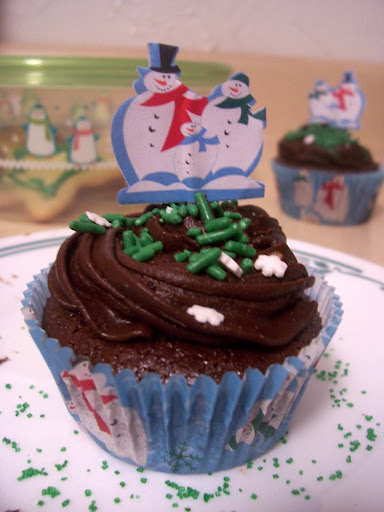 Julie’s Chocolate Surprise Cupcakes
If I had to rate this book out of five stars, I’d give it four. It loses a star for overlapping too much with her first book, but it definitely deserves recommendation.

Disclaimer: I was offered one copy of the book for review with no further compensation. All opinions and photographs are solely mine.