Think outside the cookie for your next ice cream sandwich! Churro Ice Cream Sandwiches made with homemade churros and homemade cinnamon sugar churro ice cream 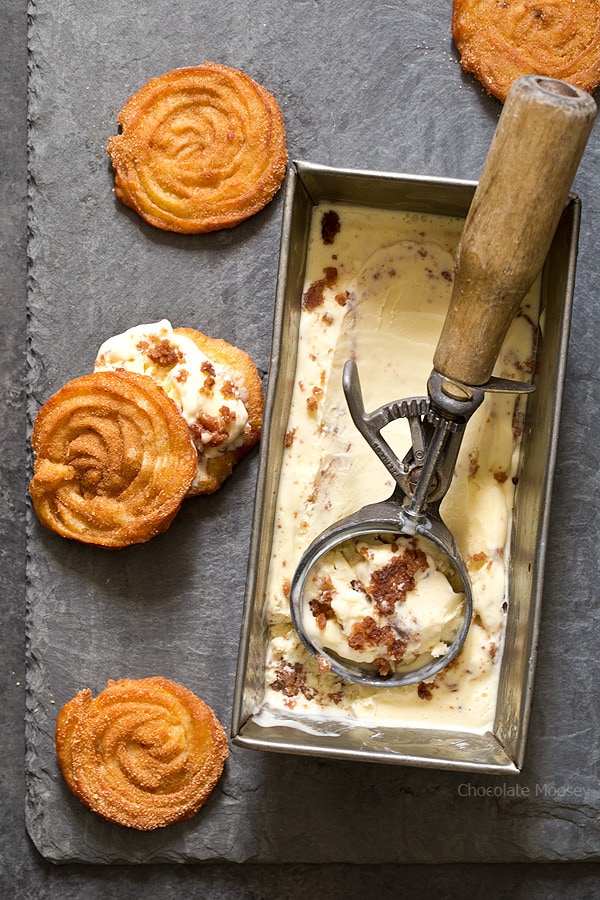 When was the last time you ate churros?

For me I can’t remember. I know I’ve eaten them, but it’s been so long I can’t even guess.

There’s no doubt I love them – fried pieces of dough coated in cinnamon sugar, but it’s not something I actively seek out to order.

Of course they are fine on their own when crispy and hot, but they’re even better when sandwiched with ice cream.

I got the idea for these Churro Ice Cream Sandwiches with homemade cinnamon sugar churro ice cream from a photo I saw on Instagram.

I can’t remember the source since I was browsing recommended photos, but a restaurant in Los Angeles makes churro ice cream sandwiches, and it looked amazing.

It’s not often a craving hits me that hard, but I knew in that moment since I wasn’t traveling to LA anytime soon, I needed to make it asap.

If you know me, you know deep frying is something I try to avoid as much as possible. When you see me breaking out the fryer for this recipe, you know it’s worth it.

I call it churro ice cream because the crunch and flavor from the crumble is reminiscent of eating churros without using pastry bits.

I think it’s my new favorite flavor since I already made it twice. That’s a bold statement right there, considering there’s no chocolate in sight. 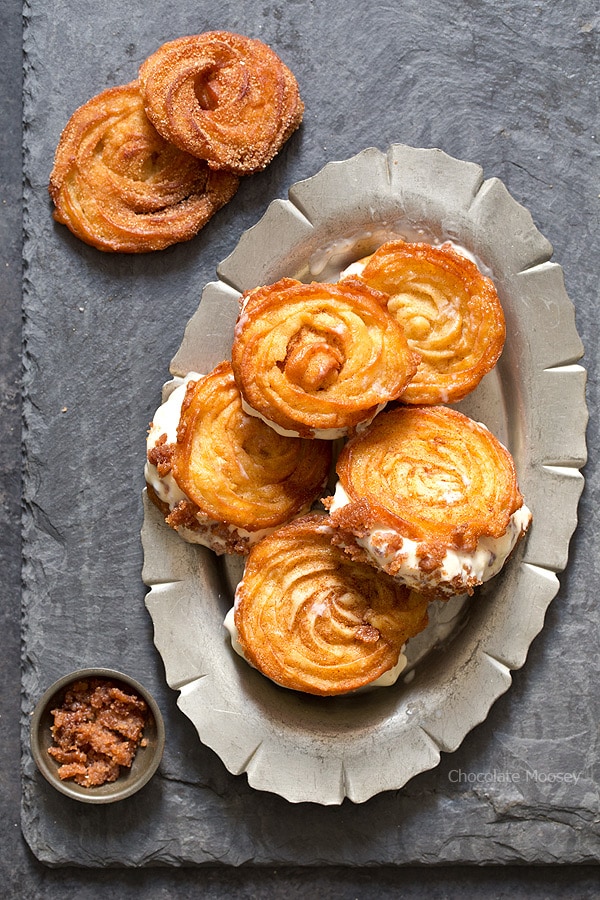 The hardest part was figuring out how to do the churro sandwiches without the circles falling apart in the fryer.

After discussing with a friend, we concluded the dough was frozen first then fried, which worked out fine. 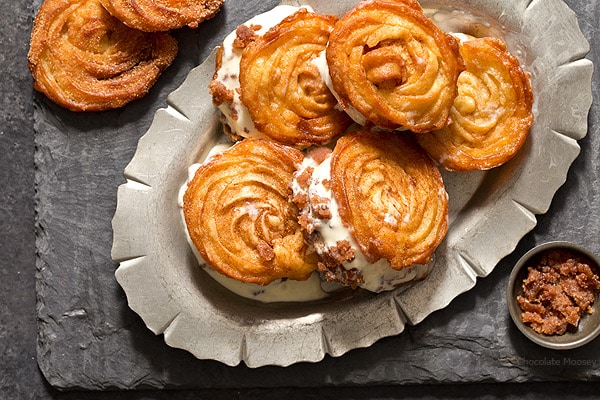 Next I had to figure out the best time to assemble.

You see, churros are best eaten shortly after they’re made. I put some in an airtight container for the next day to experiment, and they were very soggy. No bueno.

The ideal time to assemble and eat a sandwich is right away, as soon as you stop burning your fingers from the hot churros.

Yes, hot churros + cold ice cream = one hot mess, but boy was it worth it.

However, if you do have leftovers (say what?) or you’re trying to portion yourself, freeze them once the churros cool down.

The sooner, the better. If you wait until the next day, they’ll be too soggy. 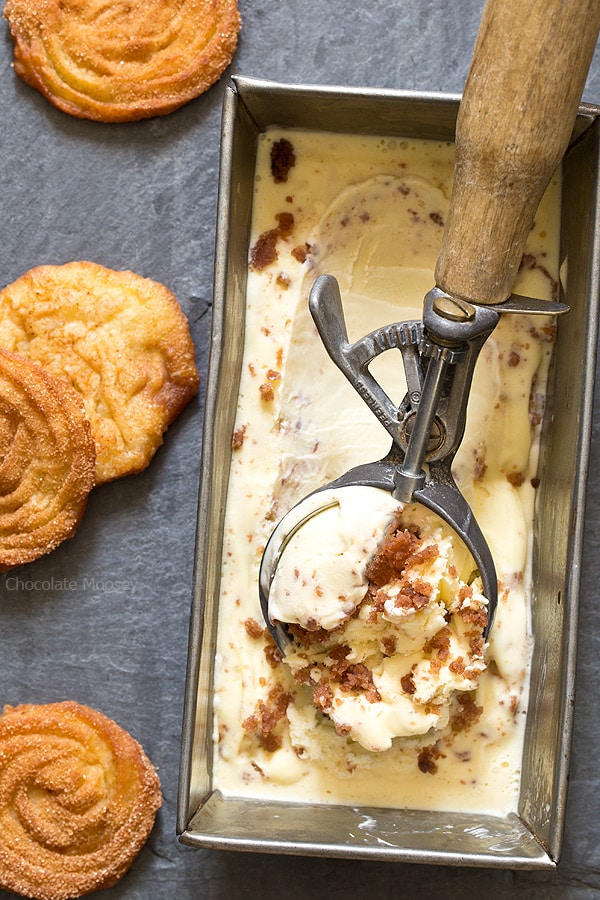 Even if you don’t want to fry churros, that churro ice cream alone is all you need.

After much brainstorming, I made a cinnamon sugar crumble to stir into cinnamon-infused ice cream. Perfecto. You got the crunch and flavor of churros without breaking out the fryer.

Items you may need (affiliate links):