Bring a little luck of the Irish to your kitchen with these Small Batch Chocolate Stout Baked Doughnuts covered in a chocolate beer glaze made with Guinness. 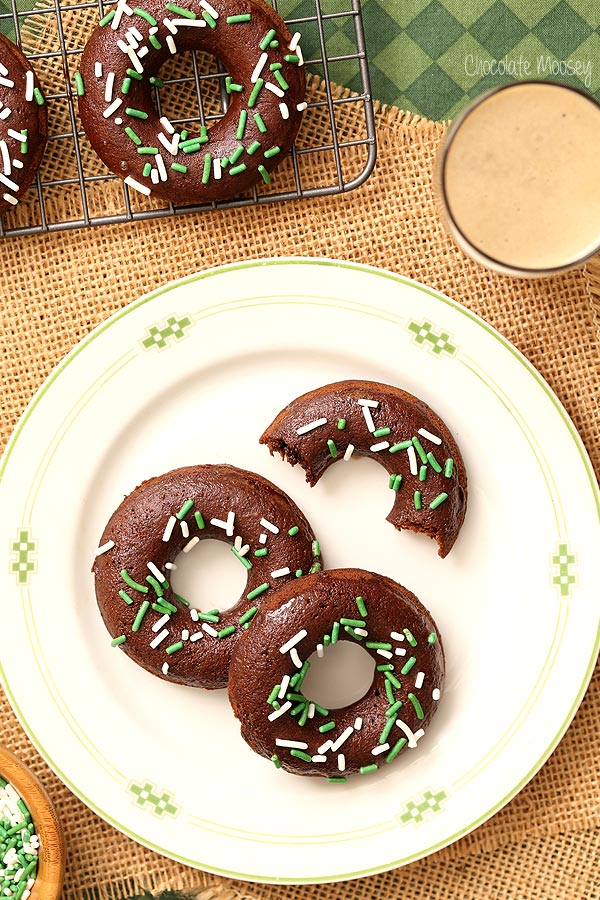 When it comes to alcohol, I’m definitely a beer girl.

Sure, I love drinking cocktails and wine as much as the next girl, but when I go out, I usually order a beer.

Good beer. I’m talking microbrews, not cheap college beer (although I do drink that too if that’s all there is).

When I’m traveling and looking for places to eat, I turn to local breweries. I actually enjoy drinking beer for fun.

I also enjoy cooking and baking with beer as well. Last week I brought you Chocolate Stout Brownies which are oh so amazing (they are dangerously close to being my new favorite brownie, right behind my crispy peanut butter marshmallow brownies).

I love making baked doughnuts because they are so much easier to whip together than fried doughnuts.

Not that fried doughnuts are hard or anything, but baked takes less time and less fat to make.

If you are focused in the kitchen without outside distractions, you can easily make and eat doughnuts in an hour.

Doughnuts in a hour – I’m not sure if that’s genius or dangerous. 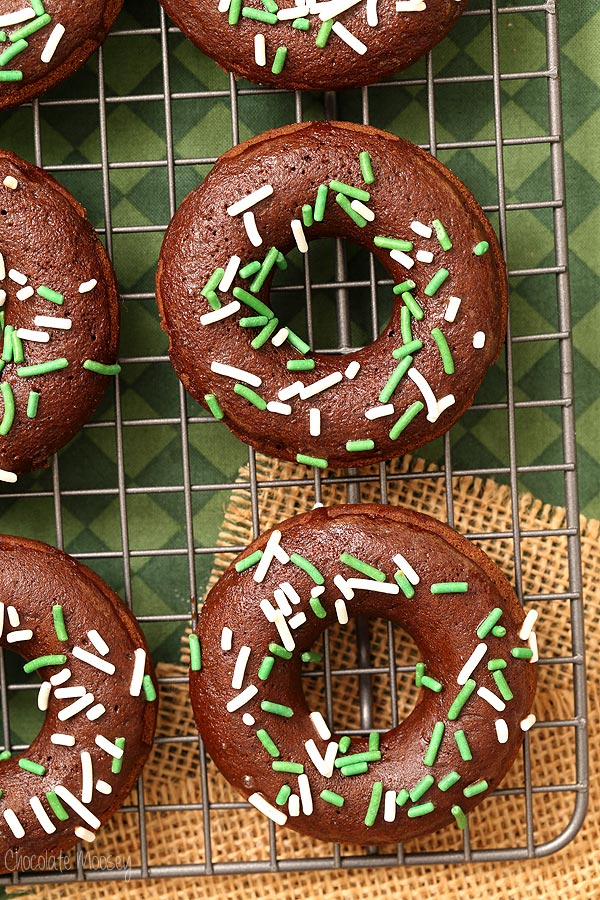 Of course being March with St. Patrick’s Day right around the corner, I used Guinness for my stout beer.

The first time I had a pint of Guinness was in a real Irish pub.

It was my first night in Limerick, Ireland where I was getting ready to study a semester abroad. I had a few days of orientation where I met the rest of the study abroad students, including my housemates.

Because the drinking age in Ireland is 18, it was normal for the university to have a pub on campus – food during the day, drinks at night (although I suppose you could drink during lunch too).

As a way to get to know everyone, we all headed to the pub, socialized, and drank Guinness.

I’ll admit Guinness isn’t the first beer I’d order to sit and drink, but I absolutely love baking it with chocolate. 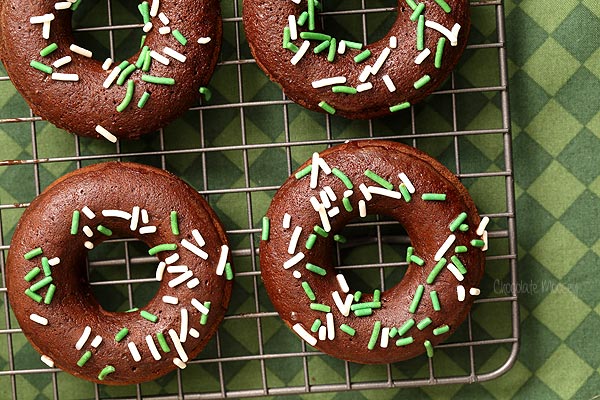 The beer in these doughnuts is subtle and not in your face; it’s more about bringing out the richness and depth of the chocolate rather than feel like you’re drinking a pint.

The alcohol bakes off in the doughnuts, making them ok to serve to both kids and adults alike.

However, the glaze is not kid friendly, but you can easily substitute milk for the beer.

Or you can just tell them that these doughnuts are for adults only, allowing you to hoard even more for yourself.

Source: Adapted from The Sweet Chick