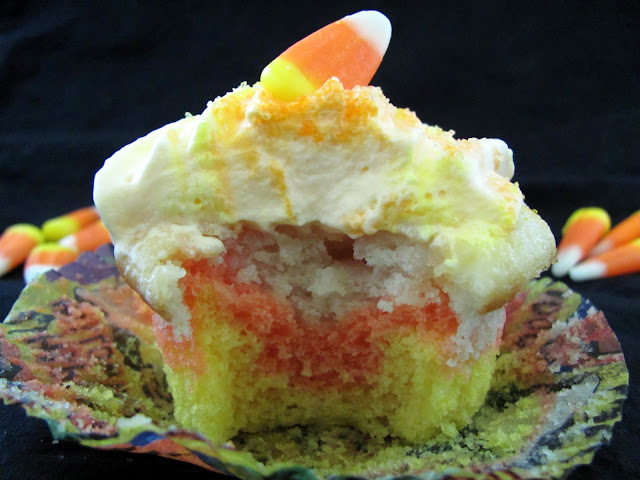 What is one of the best things about Halloween? CANDY CORN! I’m sure by now you have seen plenty of candy corn-related recipes. I am following Peabody on Twitter, and she posted a link to her candy corn whipped cream frosting. I just knew I wanted to make it, so I did.

I’ve learned you either love candy corn or you don’t. What’s nice about these cupcakes is it doesn’t taste much like candy corn. Really it’s just vanilla cake with food coloring. As for the frosting, I’m highly disappointed I didn’t get a strong candy corn flavor. Honestly, if I didn’t know any better, I would’ve thought it was regular whipped cream. 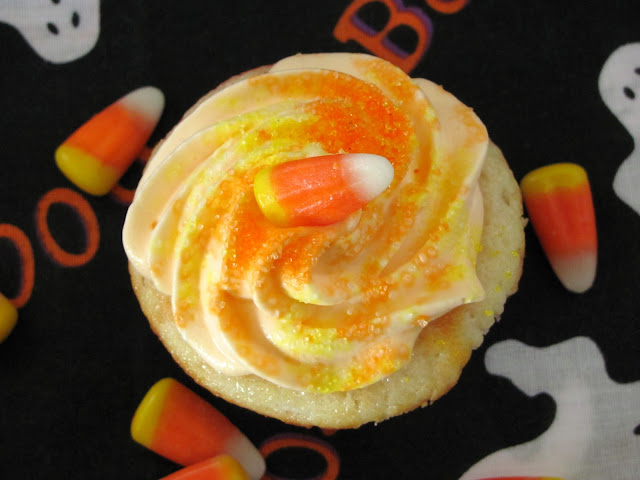 Then again, I didn’t follow directions very well. I halved the recipe but failed to realize I was supposed to only use half of the cream to infuse with the candy corn. Whoops. Of course I didn’t discover this until after I whipped it, so I just beat it a little longer with the powdered sugar. I wonder how much of a difference the plain cream and cornstarch would have made? Below I posted how I made it. You can view Peabody’s recipe if you want the original version. 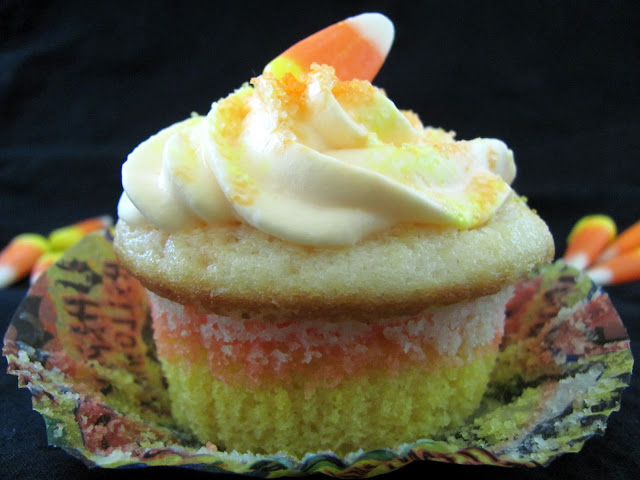