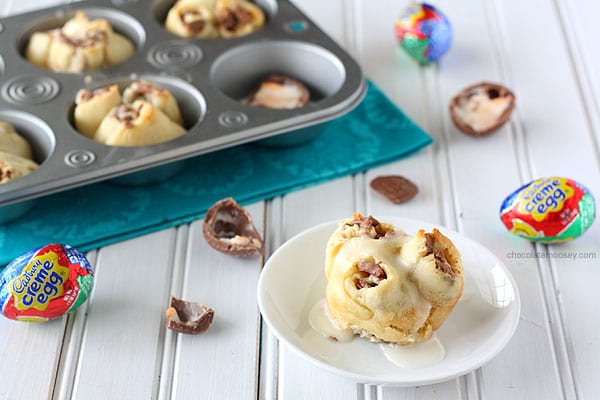 First of all, I don’t think pictures can justify what these Cadbury Creme Egg Pull Apart Sweet Rolls look like.

It’s like a monkey bread muffin that you pull apart except it’s made with the same dough as cinnamon rolls (minus the cinnamon).

It was an experiment that tastes better than it looks, and I wanted to share them today because nothing says springtime like Cadbury Creme Eggs. 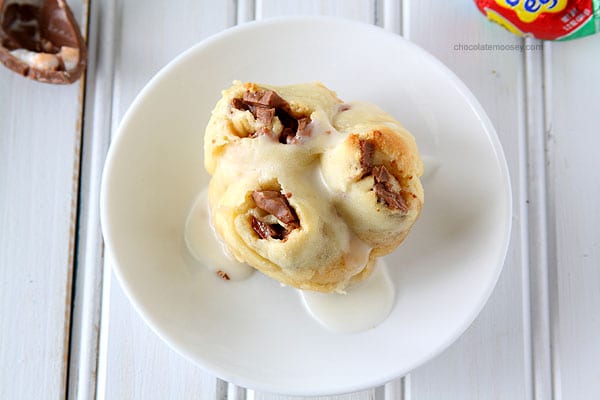 The idea came from these Nutella Rolls.

Someone at work gave me one of these to try, and I was so stumped with how it got its look. The person who made them wasn’t around to ask, and I had no clue what to type to look them up online.

Then I logged into Pinterest and there were these Nutella Rolls, the same exact thing I just ate hours before that.

After noticing they used packaged biscuit dough in a can, I put it on my to-make-from-scratch list.

Not only did I want to make the dough from scratch, I wanted to try more of a sweet dough rather than the type of biscuits called for.

Then the idea dropped lower and lower on the priority list and were soon a thing of the past.

Then I started thinking about Cadbury Creme Eggs and what I could make with them.

I thought about brownies, but if you searched for creme egg brownies right now, you would get a gazillion of them.

hen I thought about working with the cream filling. What if instead of Nutella I used the fondant cream from the eggs then chopped up the chocolate on top? 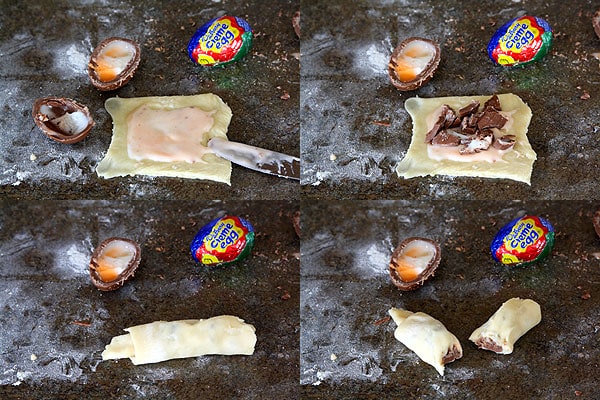 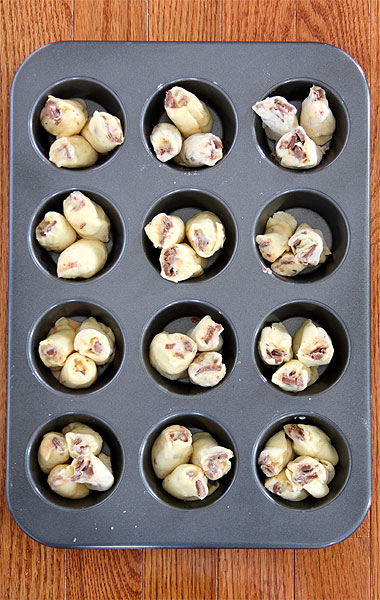 Of course working with the creme eggs was a bit messy, but I had fun with them and was anxious to see how they turned out.

The dough itself isn’t very sweet and tastes like a cinnamon roll without the sweet filling of cinnamon and sugar.

Instead, you have the sweetness from the Cadbury eggs.

And if that wasn’t enough to send you into a sugar coma, I topped each one with a simple glaze. 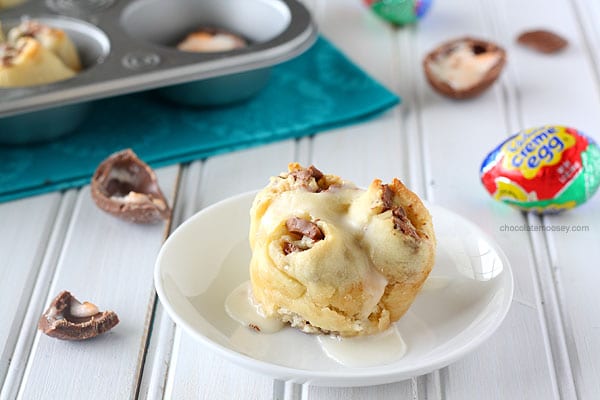 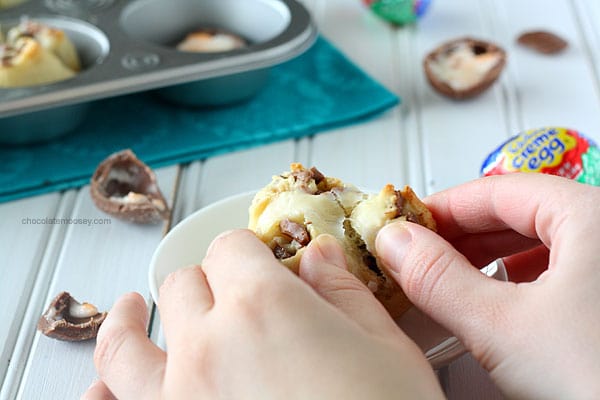 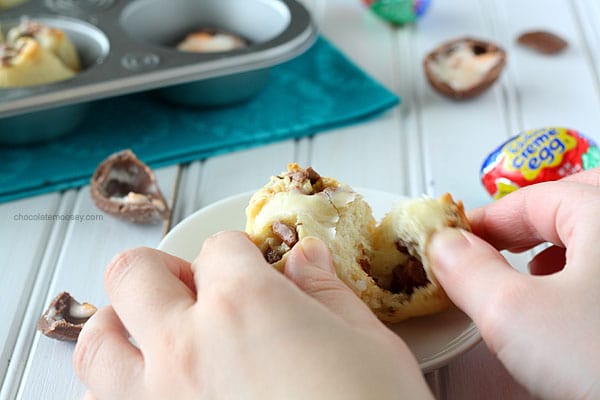 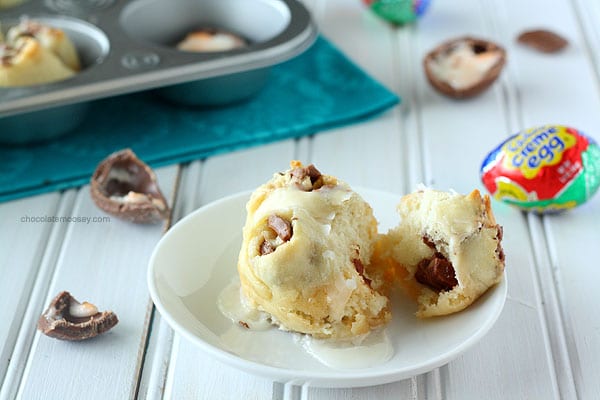 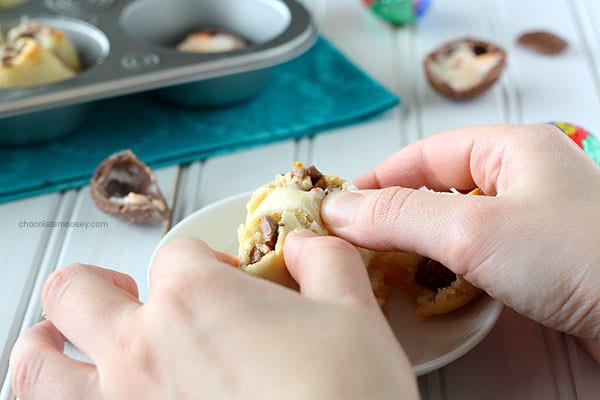 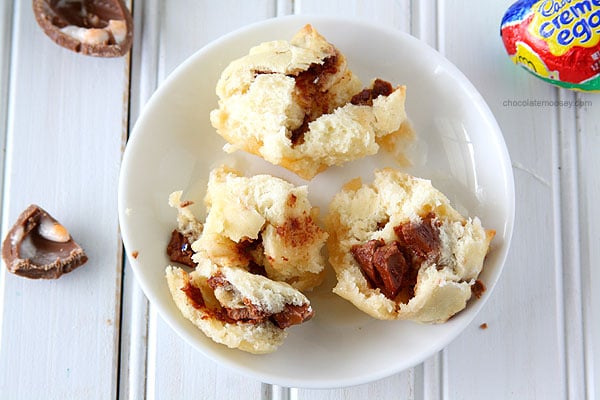 I know these Cadbury Creme Egg Pull Apart Sweet Rolls look weird, and maybe they are, but I know one thing for sure – you won’t see these babies anywhere else.
Continue to Content

*You can use a stand mixer with a dough hook for the kneading. You may need to sprinkle in a tablespoon or two of flour if the dough is still sticky after a few minutes.