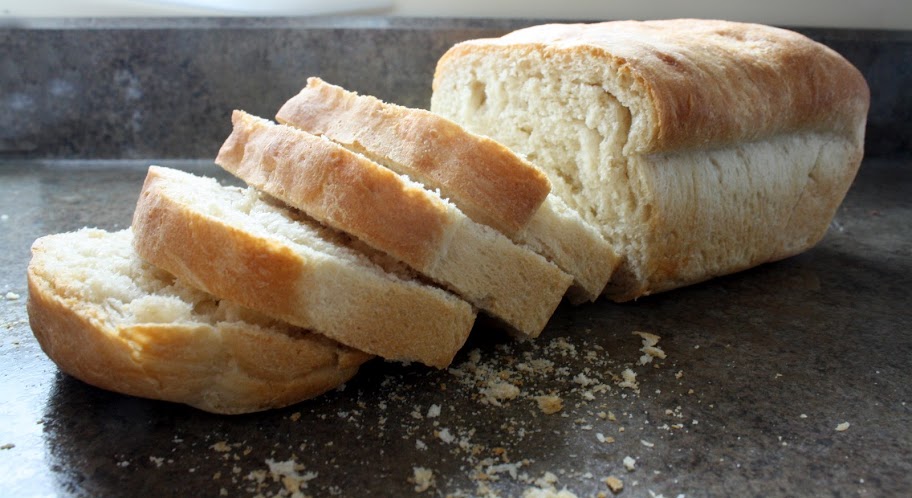 Hard to believe Tuesdays With Dorie is ready to start another book! I was a part of the group when they did Baking: From My Home To Yours. However, after I moved and started a full-time job, I ended up falling behind on participation. Now that TwD is starting a new book, I’m going to try baking along again. The book for round two is Baking With Julia, written by Dorie Greenspan. I’ve had this book on my wish list for awhile because I love Dorie. I think I own about 5 or 6 of her books! The book is a collection of recipes from Julia Child.

The first recipe picked was the White Loaves. I already knew I couldn’t eat two loaves before they went stale, so I cut the recipe in half to make only one. I waited until my family visited for the weekend so we could have fresh toast for breakfast. I made the bread the night before and stored it in a paper bag until morning. Since I don’t have a stand mixer, I opted to knead the dough by hand for 8 minutes. And since my apartment isn’t warm enough for bread rising, I turned the oven onto the lowest setting (170F), turned it off, placed the bread on the rack, and left the door open an inch so it wouldn’t accidentally baked. That seemed to work pretty well! 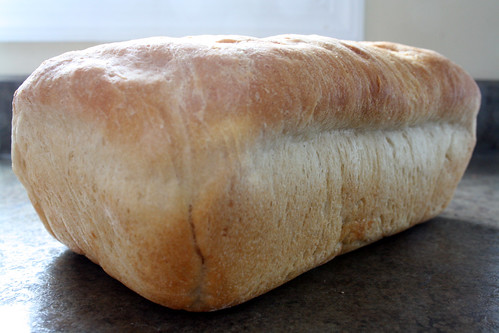 I saw a recipe for bread pudding from another book, so I purposely saved about half the loaf. It was New Orleans Bread Pudding With Banana Rum Sauce (which I posted here.The sauce is worth making again!) 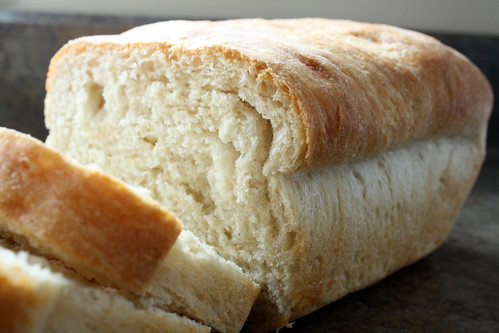 Because the group is very supportive of Dorie, we all agreed only the host should post the recipe. I encourage you to buy the book, but if you must have the recipe, it can be found at one of the group’s admins, Jules of Someone’s In The Kitchen. 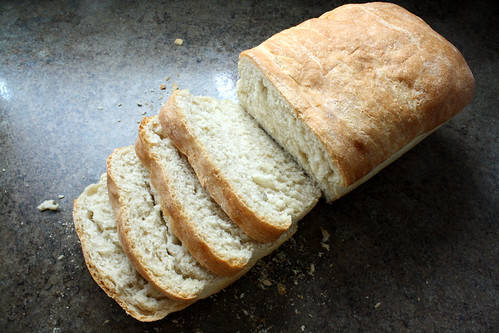 The next recipe is Chocolate Truffle Tarts. I already made them, and they are VERY decadent. Check back in two weeks for pictures and my story!