This week’s recipe was Dorie’s Four Star Chocolate Bread Pudding. I made this for Easter dessert a few weekends ago. Unfortunately, I had to leave for school that evening, so I cut the dessert while it was still hot instead of letting it cool. I ate a small spoonful, but since I was full, I wrapped it in foil and took it to school. Whenever I ate it a few days later, there was oil “leaking” from the bottom. Not sure if that was the recipe or the fact I wrapped it while it was still hot. 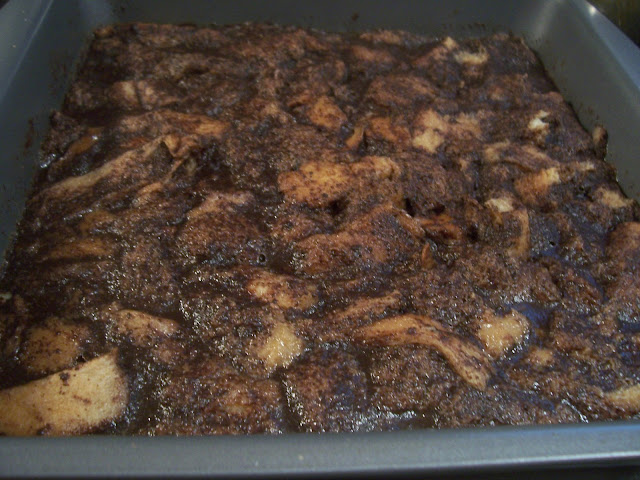 I can’t really give my opinion since a cooled bread pudding was probably more set and easier to cut than scooping out still hot pudding. It tasted good, I know that much. 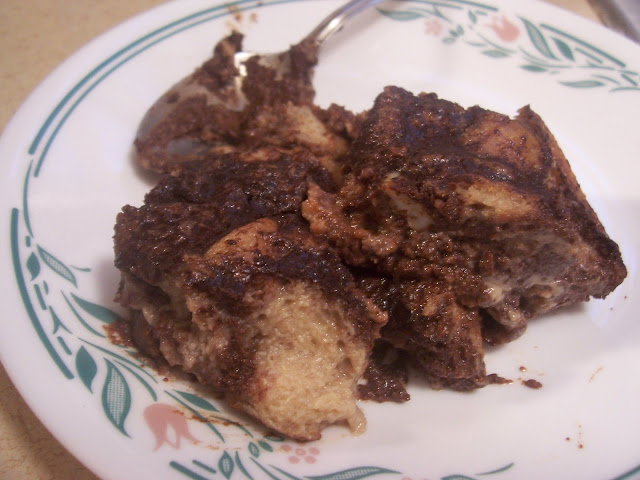 I’ve also been busy wrapping up my final semester (graduation in less than two weeks – eek!), so I didn’t read the problems and questions thread on TwD. Some people did use donuts and cinnamon rolls instead of stale bread. Very interesting! For the recipe, check out pages 410-411 of Baking: From My Home To Yours or at Upper East Side Chronicle by Lauren.

Since I am graduating on May 2, anyone who works in video production, please hire me? I’ll bake lots of goodies for you! Ok thanks! haha I hope I don’t have to drop out of TwD for not being able to afford ingredients this summer…