I know my readers are prob wondering what has happened me to the past week or so. Well, I got a job. Now before you go congratulating me and whatnot, it’s not what you think. It’s just a part-time job at Target. Yes, I spent the past four years in college, and I’m at Target. People tell me to suck it up and be grateful because it is a form of income. Sorry but working at Target doesn’t help my self-esteem when I know I can do better. I just hope I can get life straightened out before it gets worse bc frankly, I’m not happy with how things are going.

On a slightly happier note, I made Dorie’s Espesso Cheesecake Brownies aka crownies. Apparently Verizon doesn’t recognize the word brownie when texting, but it does put crownie. I didn’t even know that was a word or part of a word. Verizon also doesn’t recognize salsa, jalapeno, fajita, or cupcake. 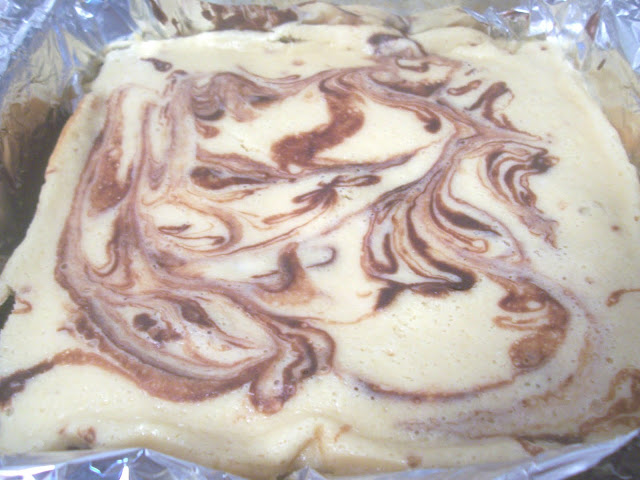 I really like my swirling. So pretty! I was skeptical on adding the sour cream layer, but some people said it added good contrast, so I did. Nope, not a fan. I ended up scraping off the sour cream when I ate a piece. The rest of the brownie is good, so next time I’ll leave off the top layer. Also, I didn’t have instant espreso powder. I was going to use instant coffee, but at the last minute thought, hey why don’t I just make espresso? I’d be dissolving it in water anyway. If I would’ve thought about it earlier, I would’ve saved some when making my coffee. 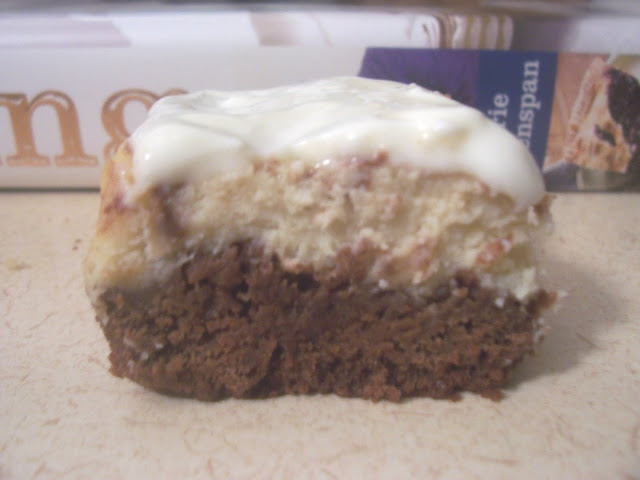 Thanks to Melissa of Life In a Peanut Shell for picking these brownies! So good! You can find the recipe on her blog or pages 104-105 of Baking: From My Home To Yours.