This week’s recipe was an easy and yummy one – Dorie’s Classic Banana Bundt Cake. Funny story about this cake. I almost ended up with a half-baked cake. You see, our oven door has been acting up. You could still open it, but it wouldn’t open all the way, maybe 75%. Fixing the door was on the to-do list. Well, after baking for 30 minutes, I removed the cake from the oven, closed the door, and covered the pan with foil. Then I opened the door… and then I opened the door…..I said open door!! The door just would not open. Thoughts raced through my head. It’s half-baked. It won’t fit in the toaster oven (lol ok really? I have never, ever used our toaster oven before and that was the first thing that popped into my mind.) Can I run to someone’s house? We spent about 5 minutes wrestling with the door until it FINALLY opened. I was nervous when time was up because I didn’t know if the oven would give me back my cake. Took a few tries, but we got it out. 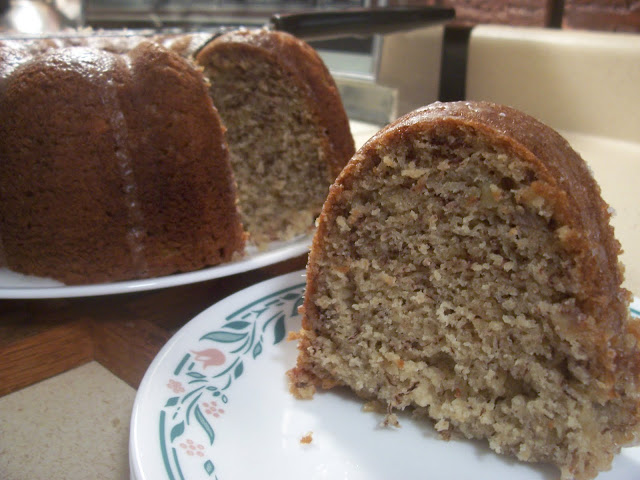 This tastes just like banana bread. My only concern is the recipe called for two sticks of butter. Wow, that’s a lot, so I used margarine instead. I also used half sour cream, half Greek vanilla yogurt because I didn’t have that much sour cream left. This cake is very moist, and next time, I will add nuts or chocolate chips. I did use the lemon glaze Dorie suggested. At first, I was banana and lemon??? But I tried it anyway. Of course, I tend to bake at night, so it was getting slightly late, and the cake was still a little warm to the touch. That’s why you can’t actually see my glaze because it melted. You could still taste it though.

After that night, we fixed the hinge on the door. Did you know the oven door actually comes off? Yea, me neither.

Thanks to Mary of The Food Librarian for picking this week’s recipe. It was an enjoyable one, indeed. You can find the recipe on page 190 of Baking: From My Home To Yours or on Mary’s blog. 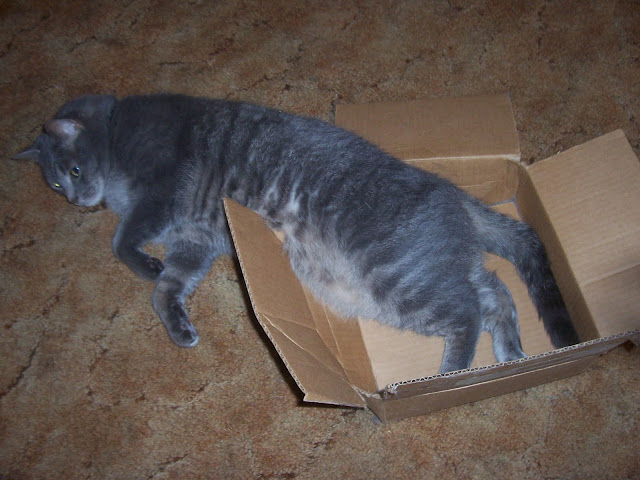 I think it’s time for a new box…