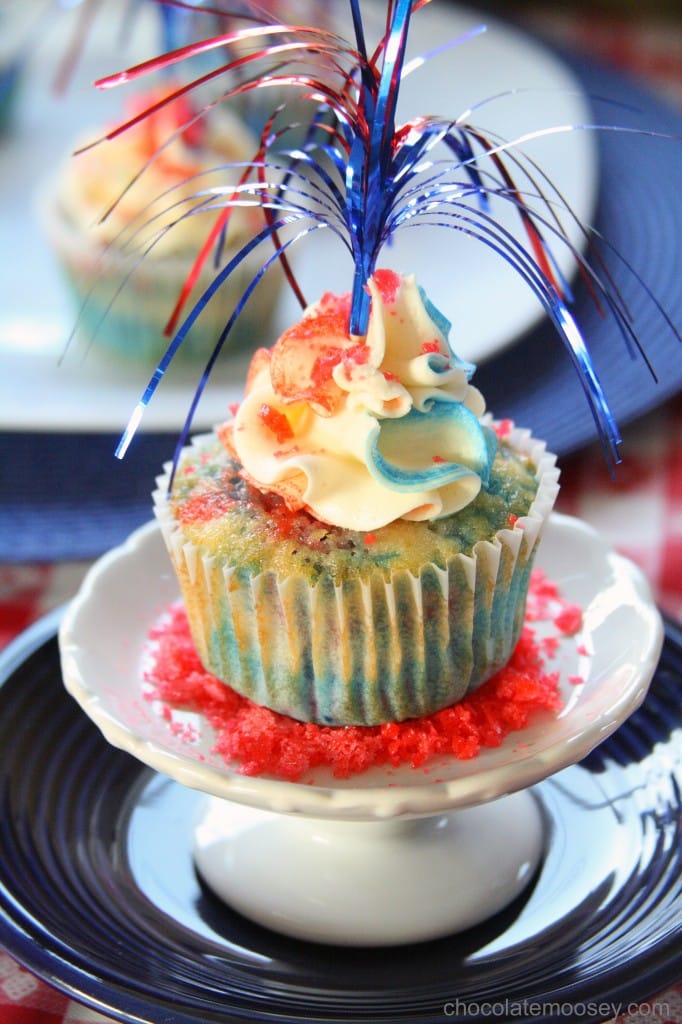 With Fourth of July being this Wednesday, I wanted to kick off the celebration with a fun Fourth of July recipe. If you’re still looking for menu ideas, I made some Red, White, and Blue Firecracker Cupcakes, which are festive vanilla cupcakes topped with pop rocks and striped vanilla buttercream frosting. 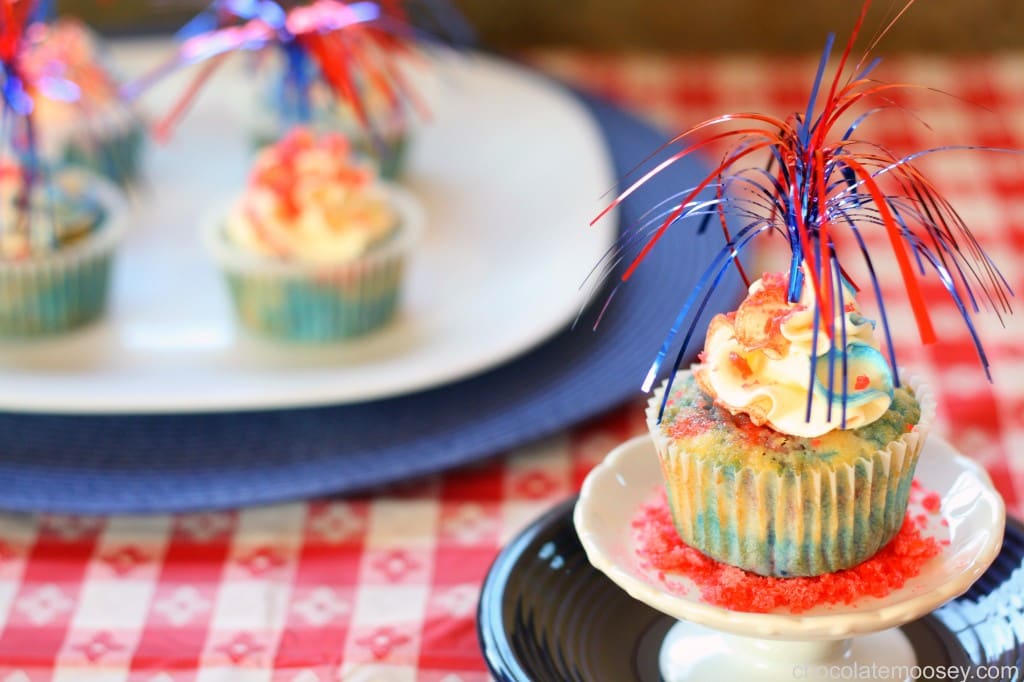 The original plan was to have a striped cupcake: red on top, white in the middle, and blue on bottom. As you can see, they didn’t come out that way. What baffles me is I did this technique before with my Halloween Candy Corn Cupcakes. Same recipe, same technique, different results. The only theory I have is I didn’t use real buttermilk, just the milk + vinegar substitution. I wonder if this is a case where using buttermilk is a must so the batter doesn’t run together. 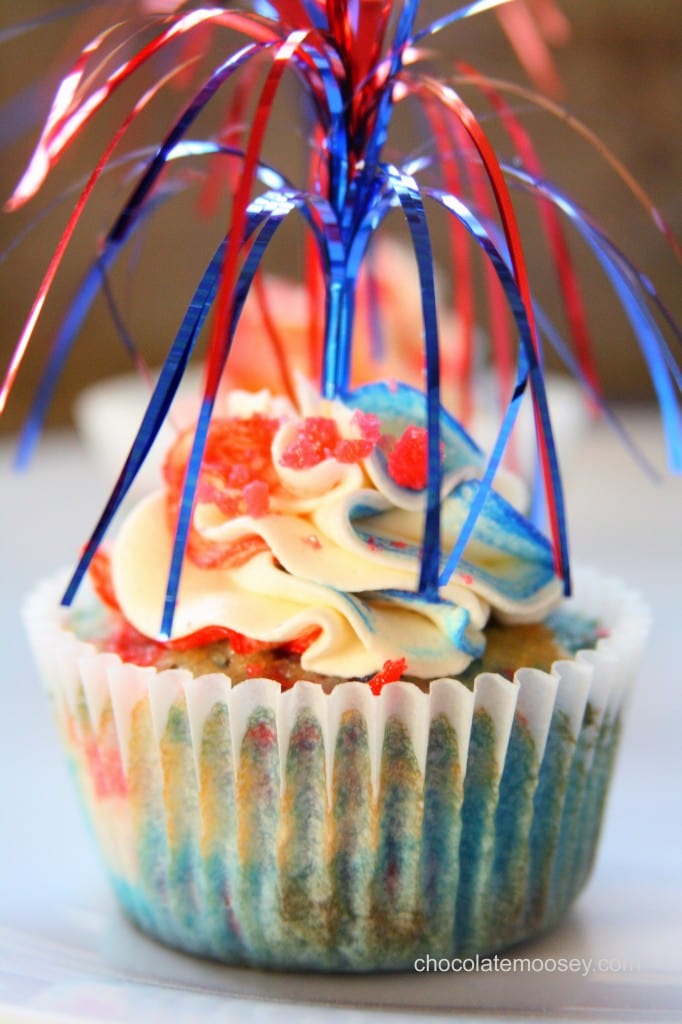 I was actually debating on even posting these Red, White, and Blue Firecracker Cupcakes. I found the coloring to be too muddled. Well if anything, you can see how cool my frosting is. I got the idea from Heather of Farmgirl Gourmet when she posted her Red, White, and Blue Meringues. What you do is you take the red and streak one side of your piping bag. Take the blue and streak the opposite side of your piping bag. Fill it with the white buttercream, and the frosting comes out striped when you pipe it. Pretty cool, huh? Imagine all of the color possibilities! 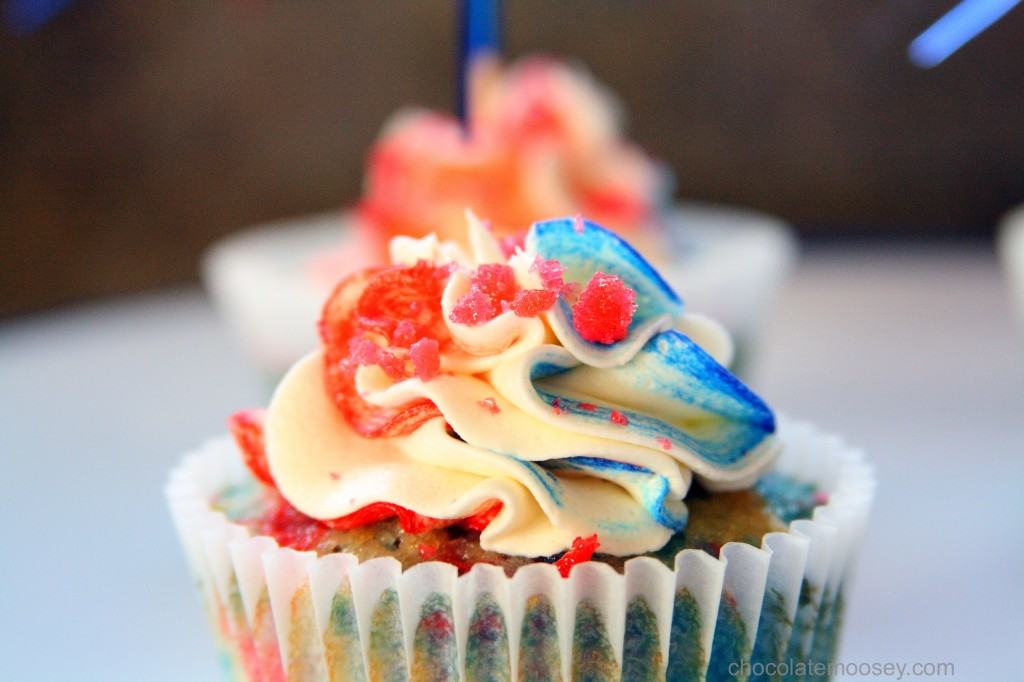 Speaking about color, it is very critical you use food coloring gels instead of liquid food coloring most people use. In order to get the right shades of red and blue, you would need to add a good bit of the liquid coloring. This unfortunately changes the consistency and makes the batter runny. By using the gels, you can get the color you want with minimal coloring added plus the consistency stays the same. 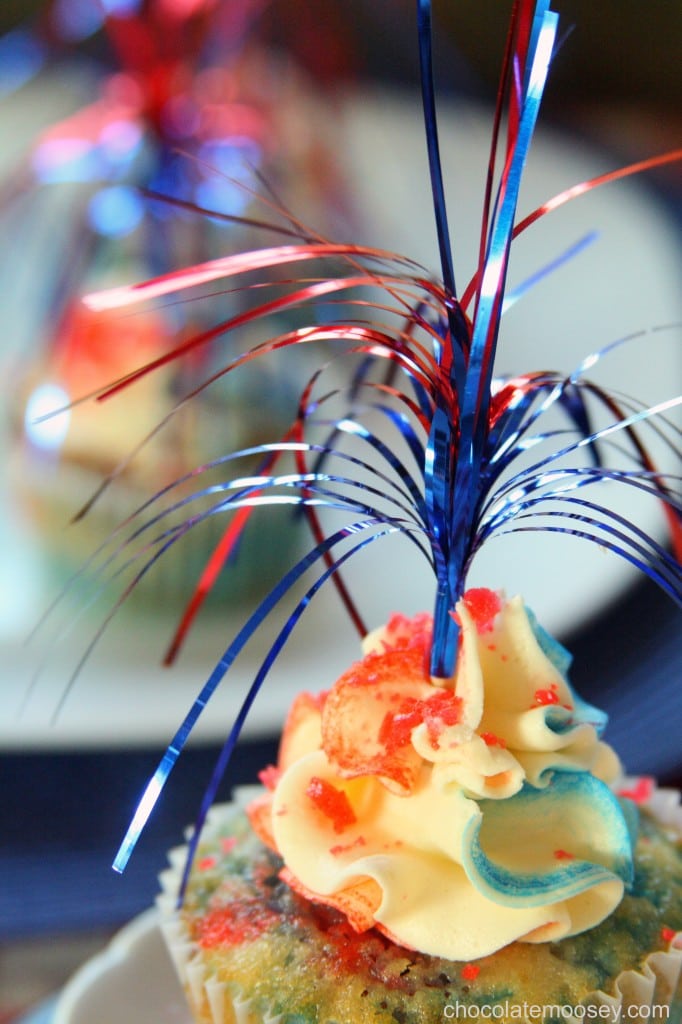 So why are they called Firecracker Cupcakes? Because I added pop rocks for a bit of pop! Except pop rocks scare me. If you’ve never had them before, they are tiny bits of candy that have some kind of reaction when they are in your mouth and start crackling and popping in your mouth. They are harmless and supposed to be fun but they still scare me. I think I even dropped some on the floor because I felt popping when I was walking haha 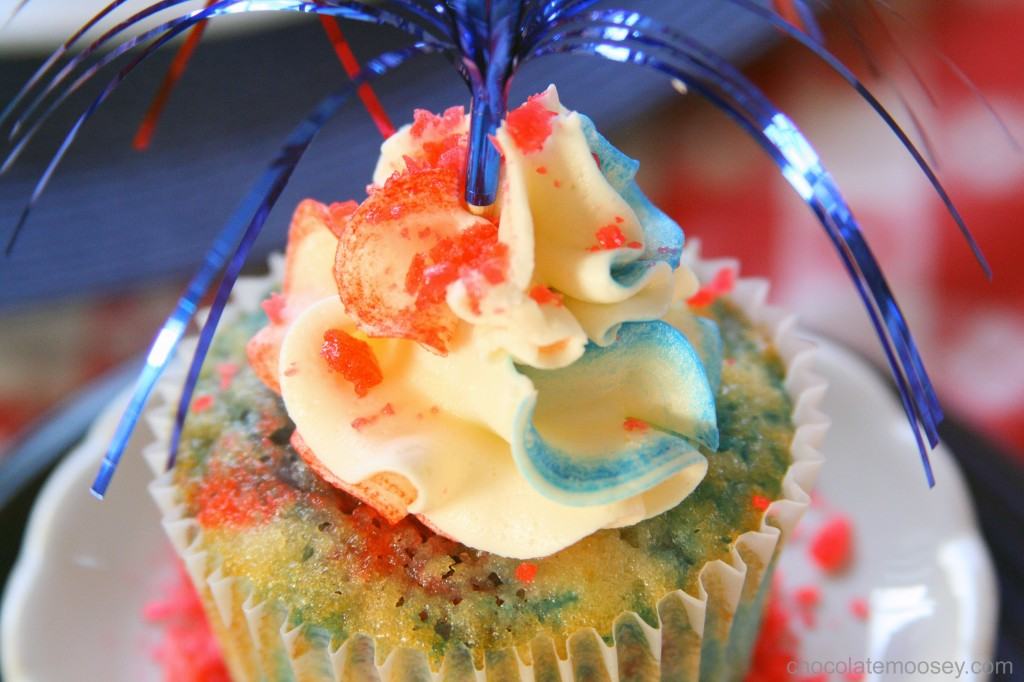 I did some research on baking with pop rocks. A lot of people said if you baked the candy in the actual batter, they lose their popping-ness. Originally, I was going to cut a hole in the baked cupcakes and drop some in, but the cake was too sticky to cut. What I ended up doing was sprinkle of bunch on top in the middle then piped the buttercream on top. For final touches, I sprinkled on more pop rocks on top. If you’re like me and don’t enjoy the candy, leave them off. 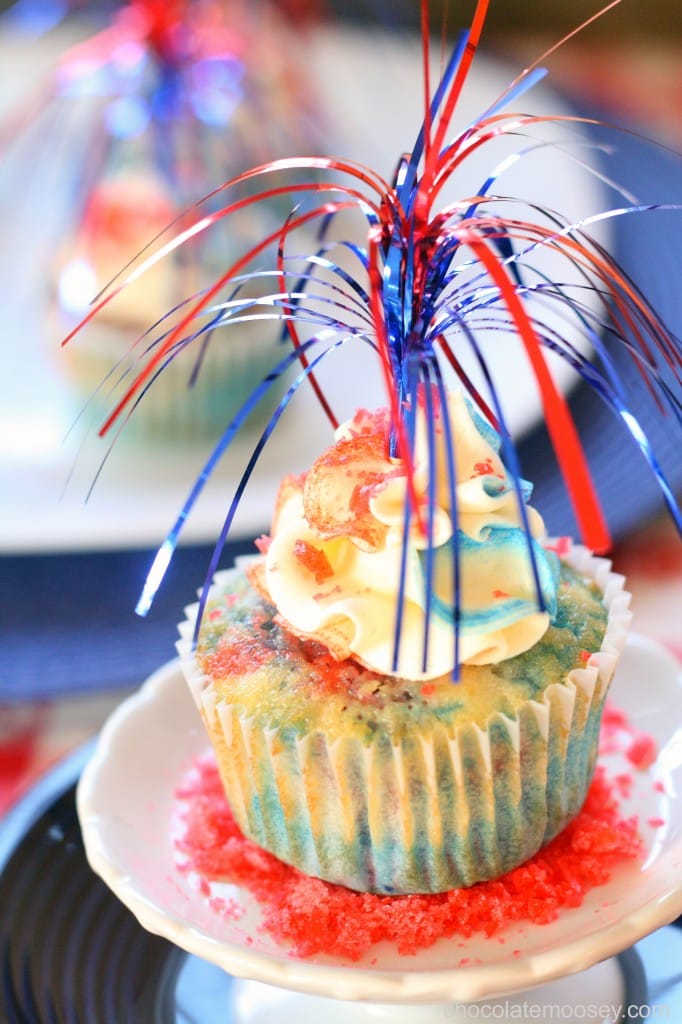