Looking for a caffeine boost? You’re going to need a slice of Mocha Brownie Cheesecake with coffee whipped cream to go along with your cup of coffee. 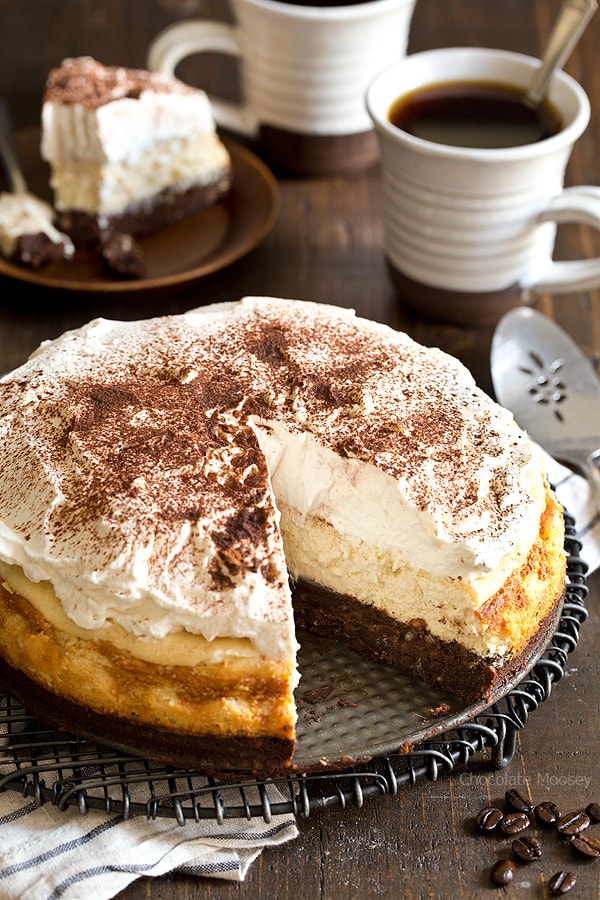 Wake up, wake up! It’s National Coffee Day (although let’s face it – every day is coffee day in my book).

It’s no secret I love coffee. I enjoy it for necessity and pleasure.

Necessity because I can’t function without a morning cup. Pleasure because I love the taste and experience.

Necessity because I really do get headaches without a cup. Pleasure because I enjoy coffee desserts.

Even if I’m trying to be good not drinking a second cup, one smell and I’m weak.

To celebrate this glorious day, I really wanted to make a dessert that screamed coffee.

If you don’t have coffee running through your veins, this dessert isn’t for you because this Mocha Brownie Cheesecake has three layers of coffee – fudgy mocha brownie bottom, coffee cheesecake middle, and coffee whipped cream on top.

I love adding coffee to chocolate desserts because it makes the chocolate flavor more prominent, much like adding vanilla to brownies or salt to a cream sauce; you don’t really notice the difference until it’s not there.

Because the chocolate is strong, you don’t necessarily taste the coffee in the brownie layer, so I also added coffee to the cheesecake batter and whipped cream. It’s like eating a cup of coffee. 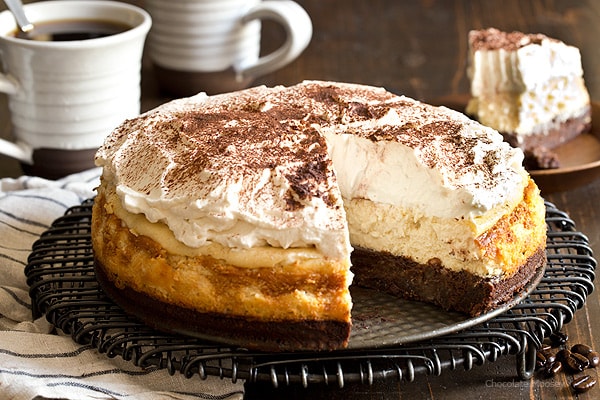 The brownie layer is firm enough to hold up as a “crust” while soft enough to cut with your fork. Nothing is more frustrating than a crust that won’t break.

For a bit of texture and crunch, I stirred chocolate chips into the brownie batter. 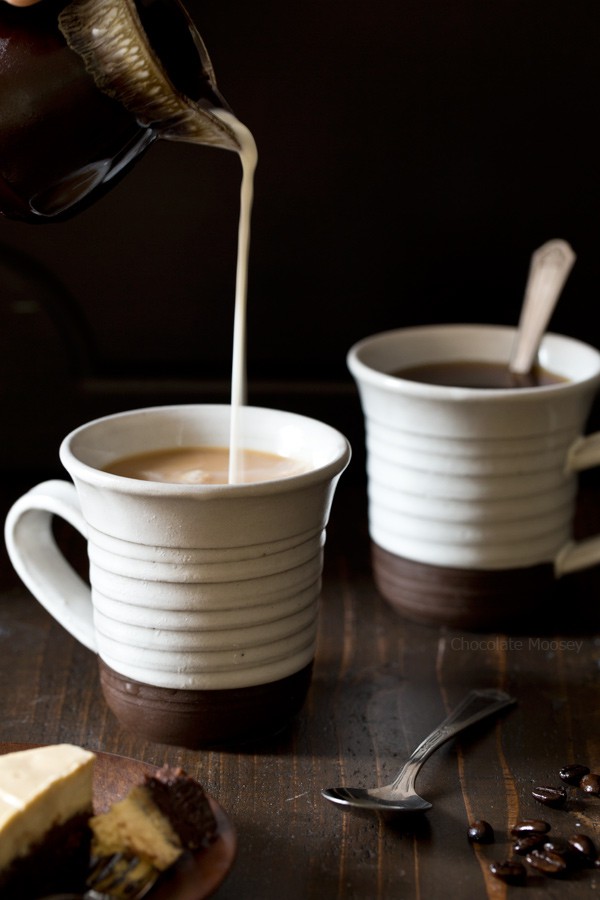 Although today is National Coffee Day, don’t let that stop you from making this dessert all year long. With the holidays coming up, you can make this brownie cheesecake the day before and serve it when company is visiting.
Continue to Content