I love breaded food but don’t like frying at home. That’s why I made Coconut Crusted Baked Cauliflower Bites served with a homemade marinara dipping sauce. It gets a double dose of coconut from coconut flakes and coconut milk. 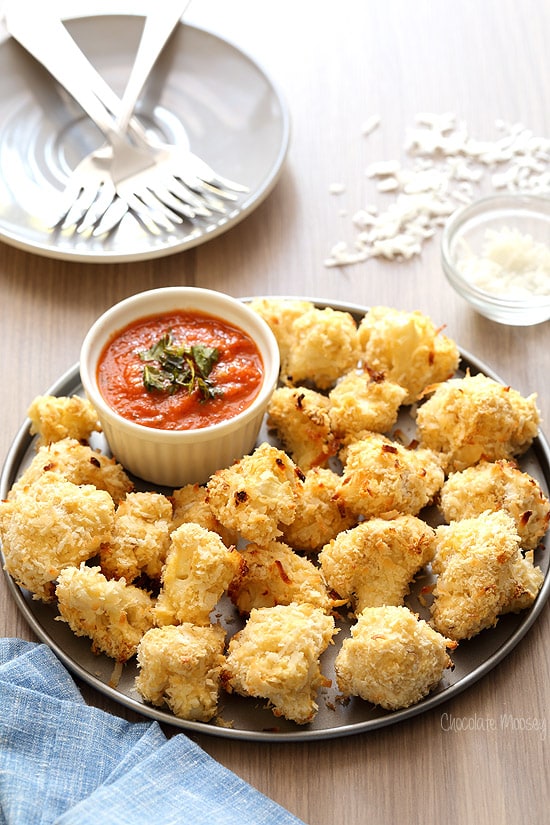 What’s the one dish you see on a menu that you almost always order when you see it? For my family, it’s breaded mushrooms and breaded cauliflower. If we’re ordering dinner from a local sub or pizza shop, we almost always get breaded mushrooms. Not all places sell breaded cauliflower, so if we see it, we’ll either get that instead or order both. Cauliflower is one of my favorite vegetables. Most of the time I make my friend’s cauliflower fried rice. Other times I’ll roast it. Once in a while I’ll make cauliflower steaks. If I’m grocery shopping and not sure what I have planned for dinner the following week, I’ll grab a head of cauliflower and figure it out later. It’s such a versatile vegetable to have on hand.

With football games under way, so are tailgating parties. Even though I don’t typically host parties, I still eat my favorite party foods during games. Sometimes if it’s Sunday, Dad and I will order subs from one of our favorite sandwich shops. The one location doesn’t have a fryer, so breaded anything is out of the question, which is always a disappointment. One solution to this dilemma is making our own breaded cauliflower in the oven (which is better for you than frying anyway). Dad and I also love coconut shrimp, so I combined the two ideas and came up with Coconut Crusted Baked Cauliflower Bites. Then of course you can’t have breaded cauliflower without a dipping sauce, so I made a traditional homemade marinara sauce. 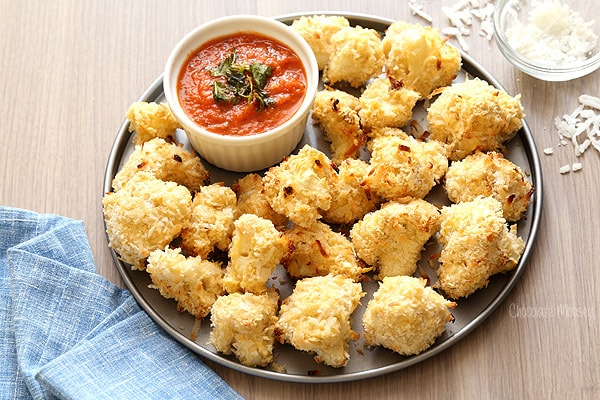 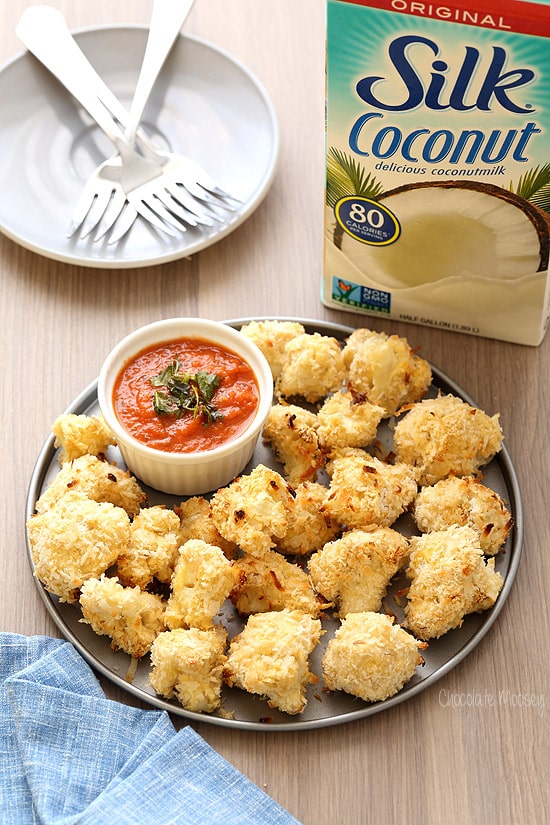 Have you heard of Meatless Mondays? As the name suggests, you eat one meal on Mondays that don’t have any meat. I personally don’t stick with Mondays, but I do eat meatless meals a few times a week because I love vegetables. Most of the time it’s pasta with whatever veggies I have to use up in the fridge, but last week I made cheese soup to use up some broccoli, carrots, and mushrooms I had. I also make portobello mushroom burgers a lot. Today’s breaded cauliflower is part of Silk’s sideline meat during football campaign where they are encouraging people to eat a more plant-based diet during tailgating season, known as #MeatlessMondayNight. You can check out Silk’s website for more information. 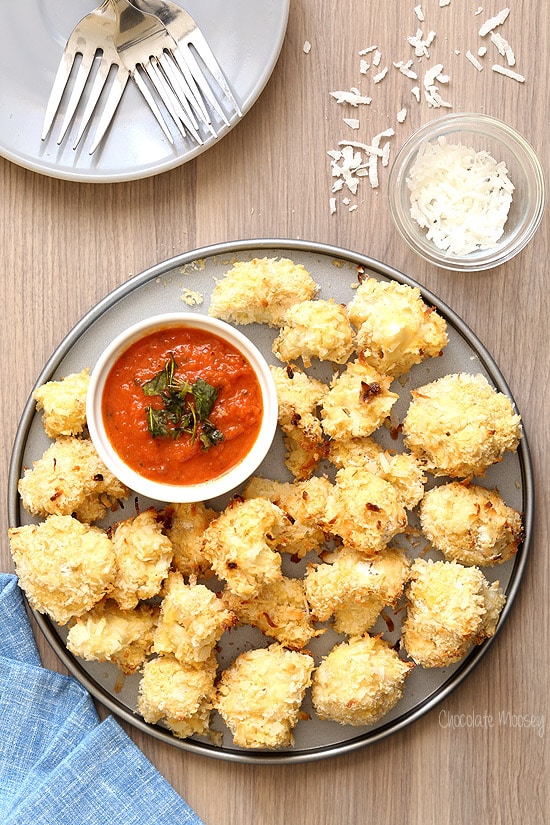 For the homemade marinara sauce, let me start by saying – why don’t companies make small cans of crushed tomatoes?? I could only find giant 28 ounce cans. That doesn’t work for someone like me who doesn’t cook for an army. Instead, I used diced tomatoes then when the sauce was done cooking, I blended it together to make it easier for dipping. You will still have leftover marinara sauce from this recipe, but it doubles as a great pasta sauce for the next day.
Continue to Content

Disclosure: This post is sponsored by Silk. Thank you for supporting me and the companies I work with as sponsored posts help pay for the costs of running Chocolate Moosey, including website hosting and groceries for recipe development.