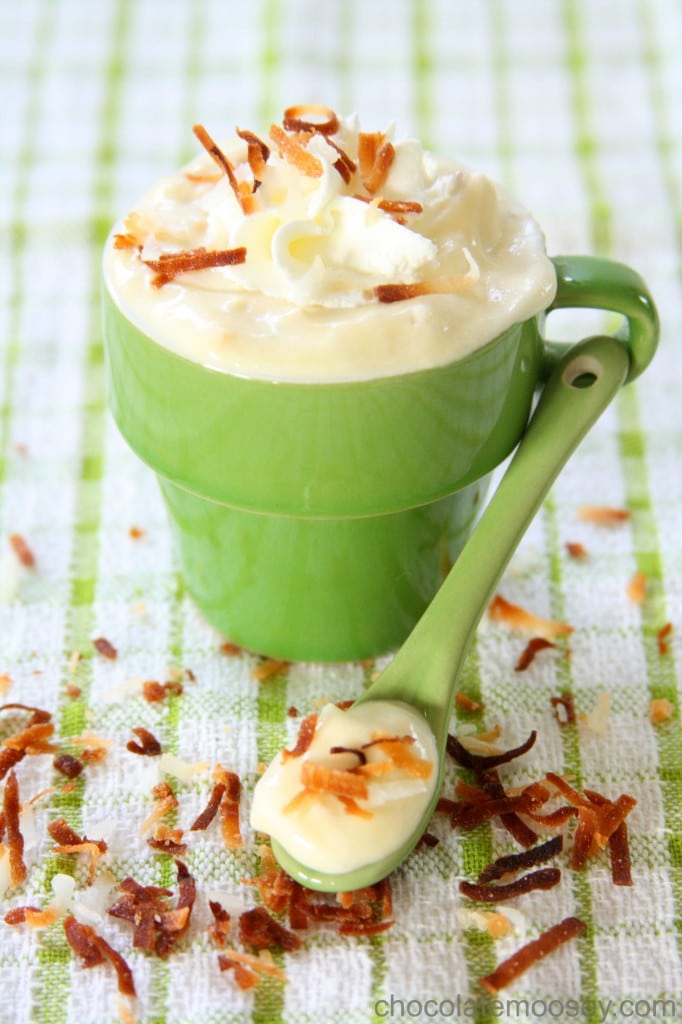 Today I’m celebrating Dads around the world for Father’s Day. I’m celebrating mine with Coconut Cream Pudding. My dad loves food. He’ll try anything I make at least once then goes back for seconds (I can’t convince him to eat sushi or stuffed calamari though. And he doesn’t like catfish). Whenever I think of him, coconut comes to mind. And it had to be a dessert. I bounced back and forth between ideas then finally decided on this pudding. 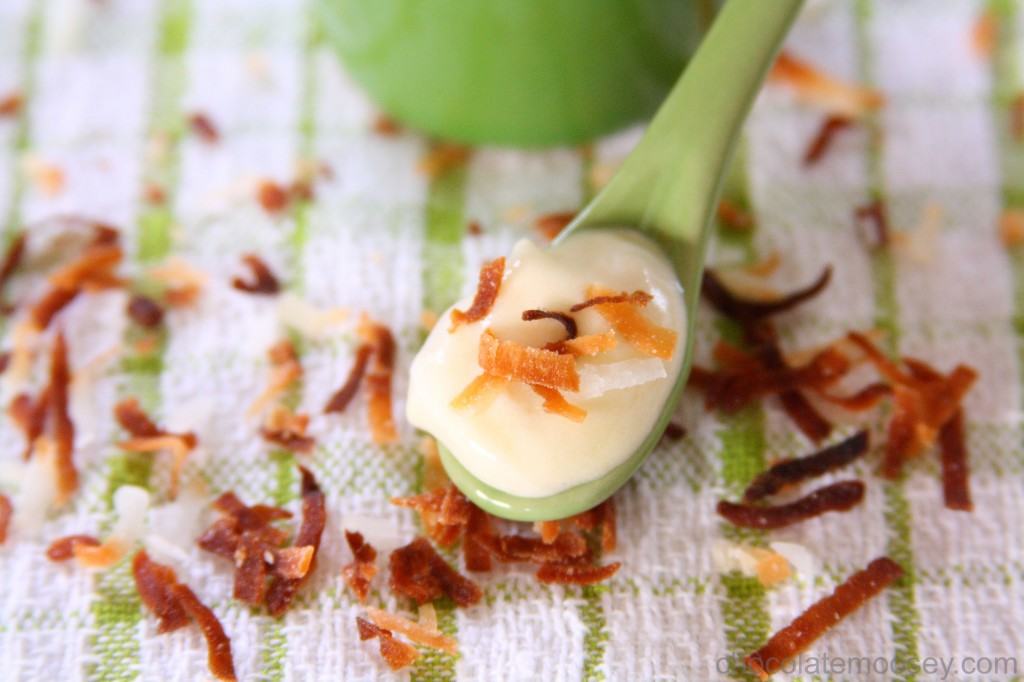 This pudding is literally coconut cream pie but without the pie part. Want to know why I hate pie? Back around Easter, I was looking up dessert ideas. As soon as I showed my dad the picture for coconut cream pie, he immediately said yes. I was nervous because years ago, I attempted a lemon meringue pie. The filling never set, so it was liquid pie (fail 1). Then back in March, I made a graham cracker pie (think vanilla pudding pie). The meringue on top came out beautifully, so I let it cool on the counter before putting it in the fridge. When I checked on it, the meringue had deflated, and there was a pool of liquid (guessing egg whites) sitting on top of the pudding layer (fail 2). For Easter, I made the filling for the coconut cream pie, and it thickened up quite nicely. Guess what? When I cut into the pie, it never quite firmed up and oozed out everywhere (fail 3). That, my friends, is why this moose doesn’t make pie. 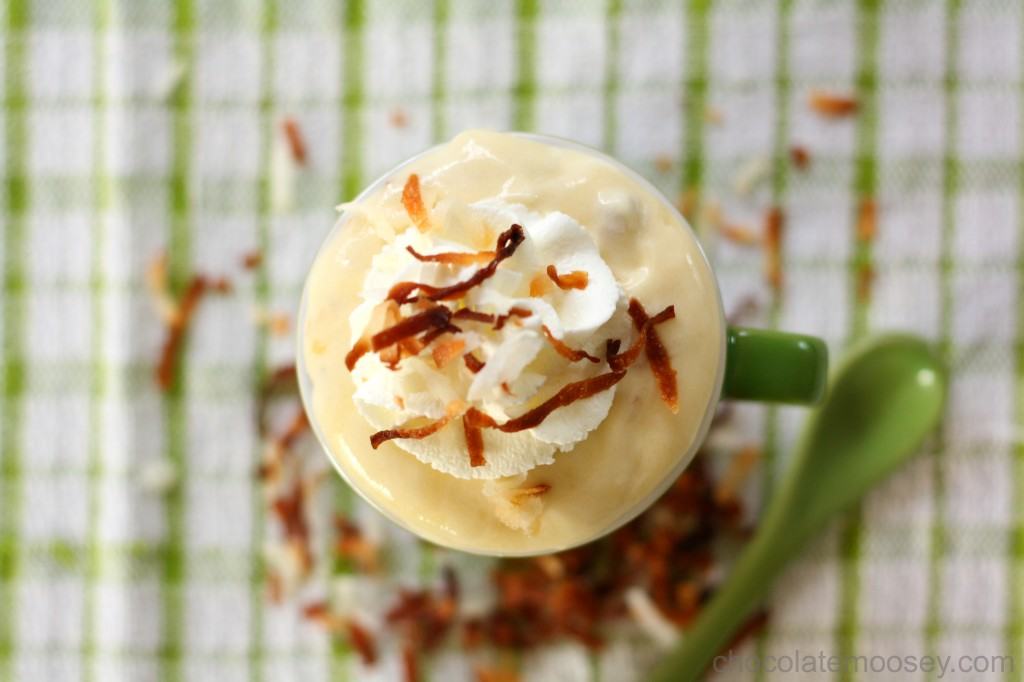 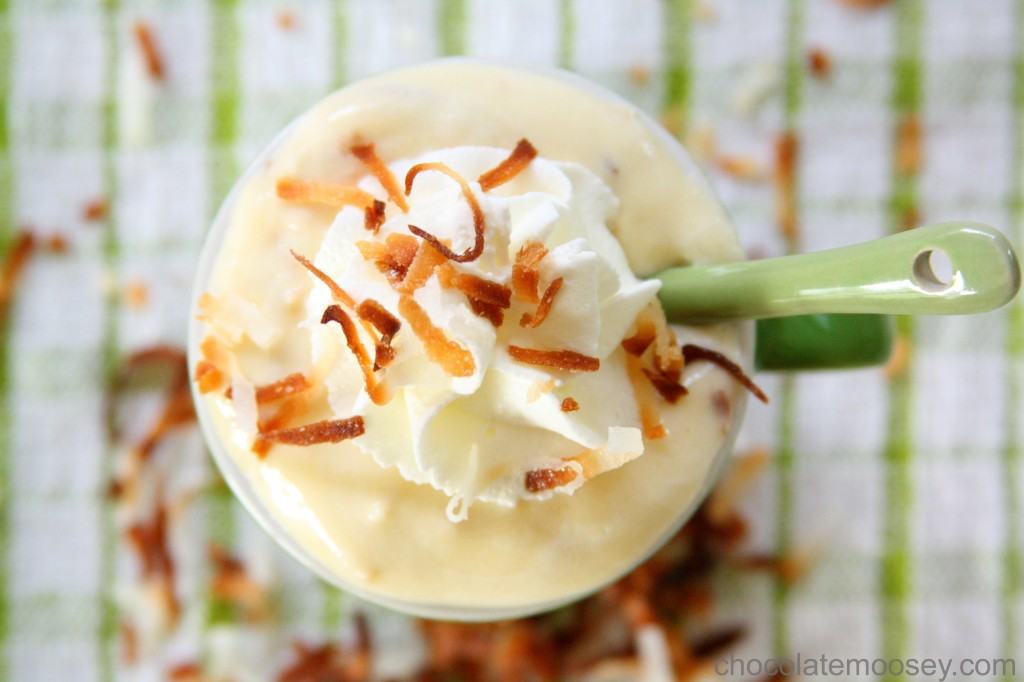 The coconut cream pie filling was divine though – very rich and creamy and everything you shouldn’t be eating. I told everyone it ended up being pudding with pie chunks in it, which gave me the idea that someday I should just make the filling and skip the pie. I’m also not a fan of pie crust. Most of the time, I just end up eating the filling and leaving the crust anyway, so this little cup of joy is perfect for pie-haters like me. 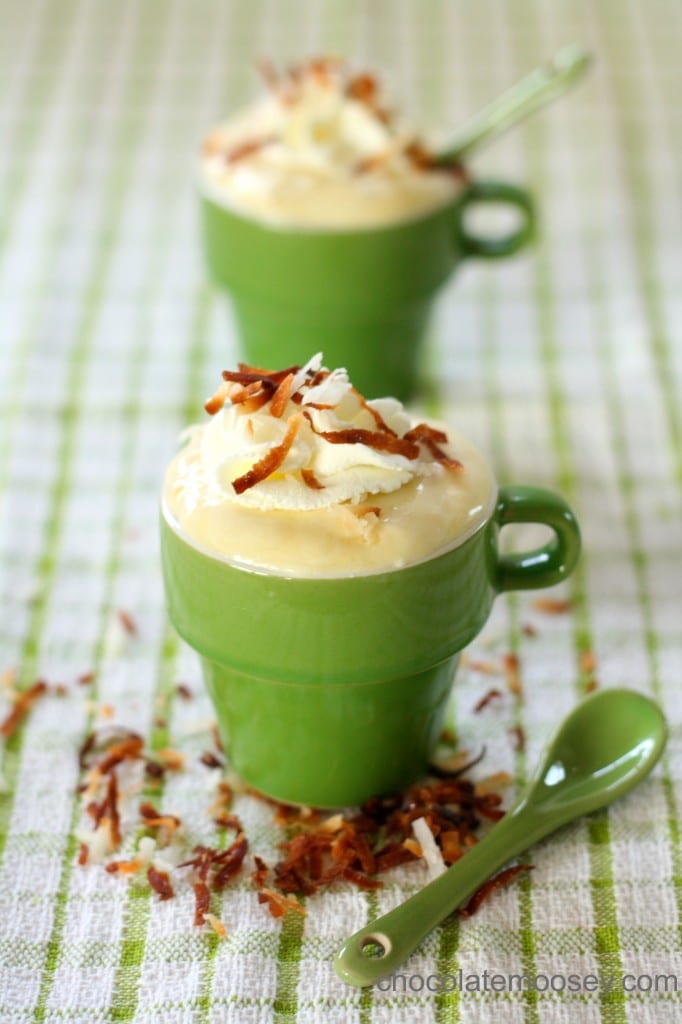 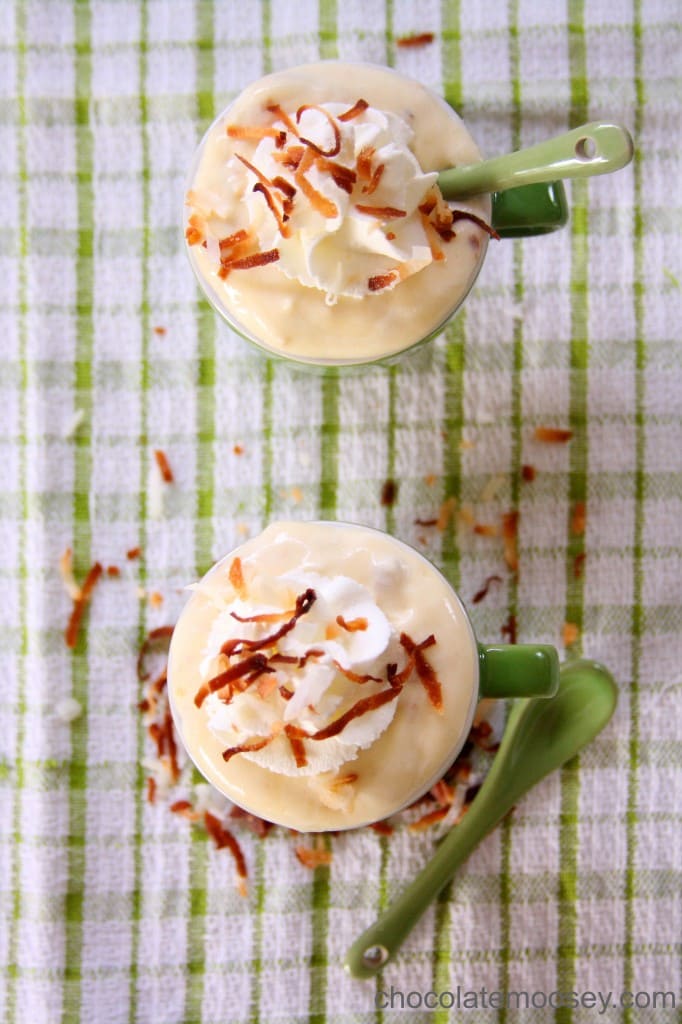 I topped it with some whipped cream and toasted coconut. 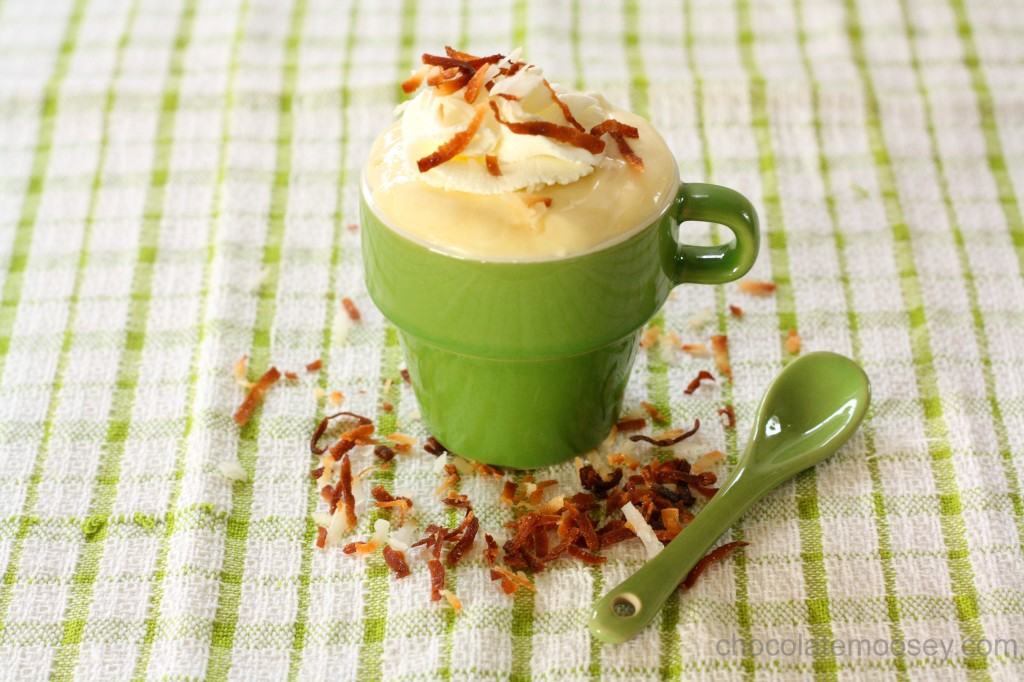