Drink your beer and eat it too! Pour yourself a pint of Guinness and grab a slice of this sweet and salty Chocolate Stout Cheesecake with a crushed pretzel crust. 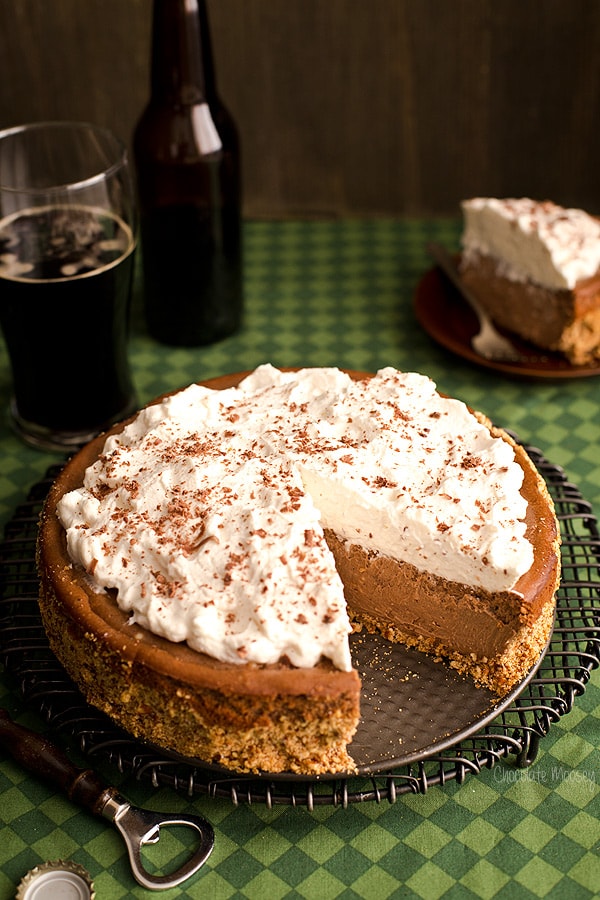 With St. Patrick’s Day around the corner, it’s time to break out the Guinness.

Guinness is often associated with Ireland and St. Patrick’s Day because it’s made in Dublin, although you certainly don’t need to wait for March every year to enjoy a pint.

In addition to drinking it, I love baking with beer, especially chocolate and stout beer< together because the stout enhances the chocolate taste, giving it an extra boost of flavor. Case in point - last year I made Chocolate Guinness Brownies, which I still can’t stop thinking about because the flavors really harmonized in one blissful bite without one flavor overpowering the other.

That’s the problem I often have when baking with beer – the beer flavor often gets lost after it bakes off.

Fortunately that’s not the case with this Chocolate Stout Cheesecake. You still have that fudgy, creamy texture of chocolate cheesecake with the added flavor of stout beer.

Its crushed pretzel crust balances out the sweet with salty.

The Guinness cheesecake is then topped with a generous helping of not-too-sweet homemade whipped cream.

Pour yourself a pint of beer (or a cup of coffee), grab a slice, and dig in. 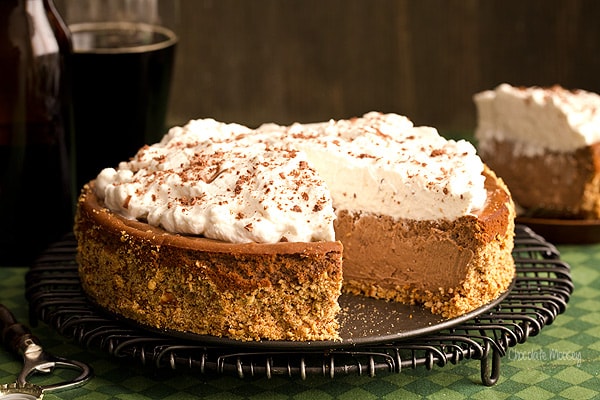 I got the brilliant idea to make the pretzel crust at the last minute rather than a chocolate cookie crust like I had originally planned. Sweet and salty plus beer? Genius!

Since it wasn’t in my original grocery plans, that meant quickly running down to the lackluster grocery store down the street, hope they had pretzels (because most of the time they don’t have what I need), and quickly heading back for some crust action.

Fortunately butter flavored still worked for the crust. Thank goodness I wasn’t making chocolate covered pretzels with them. That would have been quite interesting. 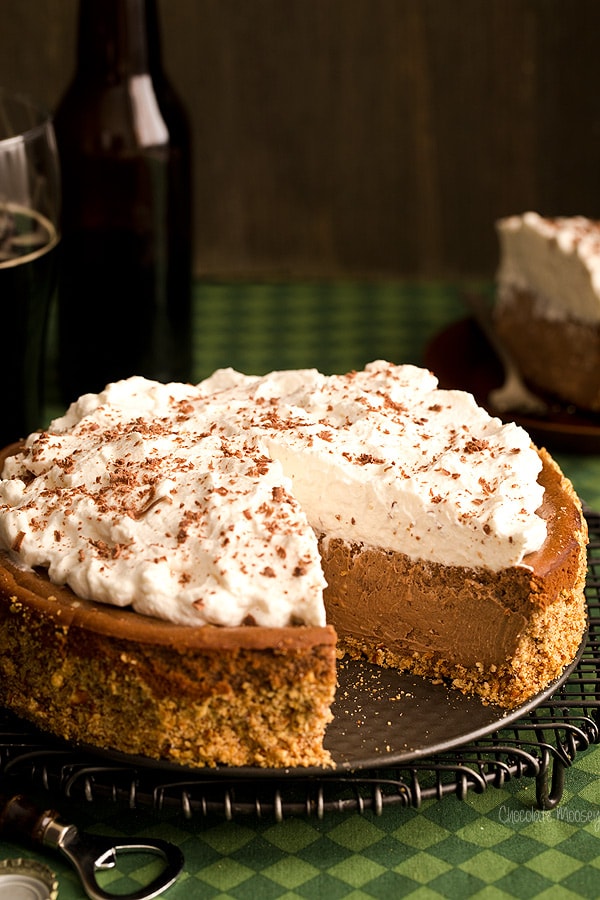 Because of the additional liquid, this cheesecake may have some extra jiggle when you pull it out of the oven (make sure you’re using a springform pan!).

Don’t panic! As long as the top is firm to the touch, it’ll continue to cook more as it cools. If you leave it in the oven too long, it’ll crack on top (although whipped cream will cover that right up). 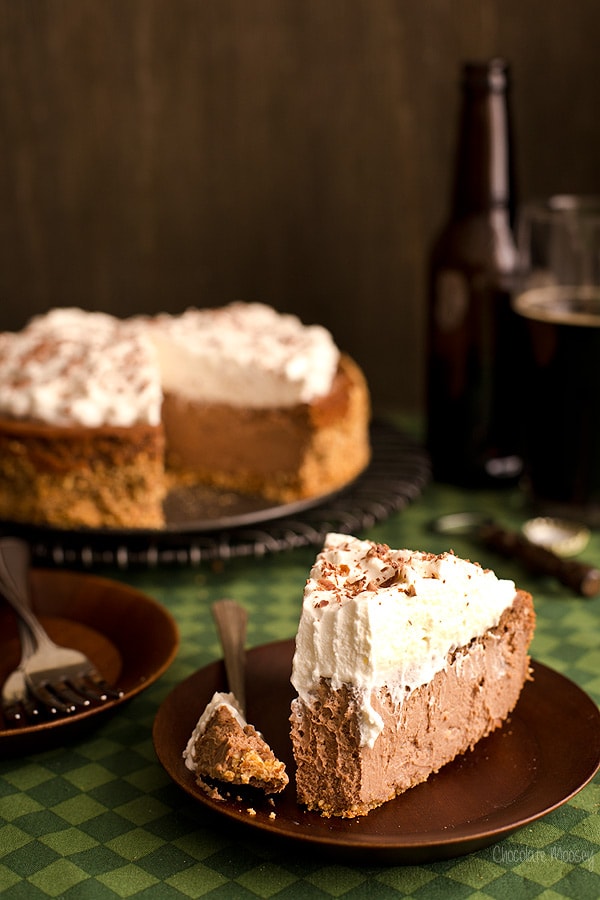 Got extra beer? Check out these recipes using stout beer: