Are you Team Chocolate or Team Vanilla? Now you don’t have to choose as both flavors come together as one in this Brownie Biscotti recipe with vanilla bean glaze. 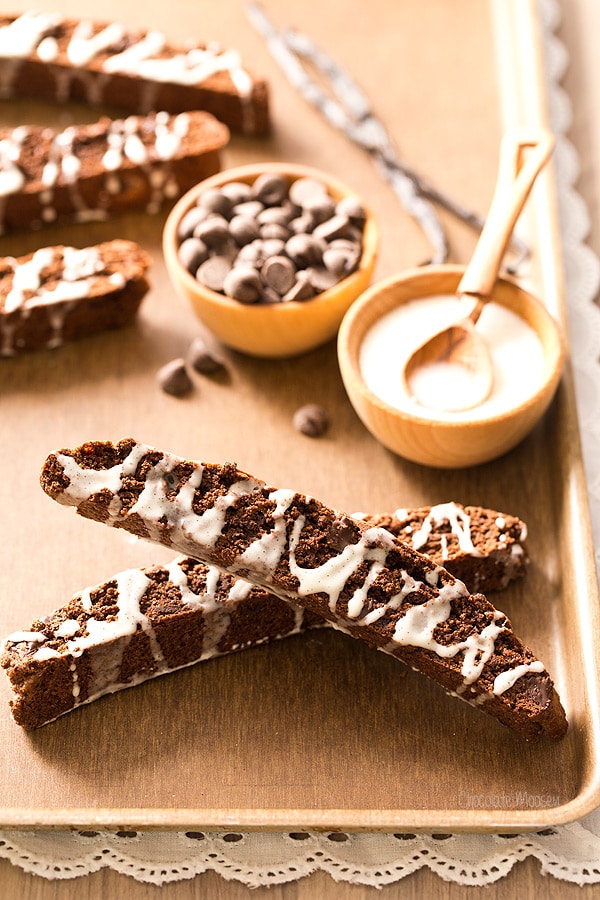 Did you drink your morning coffee yet?

Good because today we’re going to talk about food science.

I know. You thought you were done with science once you graduated school.

Don’t freak out though – I promise this science lesson is more fun than learning the chemical formula for sucrose.

Have you ever wondered why you add certain ingredients like salt or vanilla to recipes that are neither salty nor vanilla-y?

That’s because salt acts more like a flavor enhancer; you don’t notice its effect until it’s not there.

Have you ever tasted a sauce, realized something was missing so you added salt? That doesn’t necessarily make the sauce salty; if you don’t overdo it, you won’t notice the salt at all.

Want to know the secret to making the best sausage gravy for biscuits? Add salt. It’s almost unbelievable how much difference 1/2 teaspoon salt can make.

Vanilla works the same way as salt. Most of the time, you don’t notice it’s there until you don’t use it.

At my previous job, one coworker brought in his hand crank ice cream machine so we could churn fresh peanut butter ice cream at lunch.

One time he accidentally forgot to add vanilla extract, and we could tell our batch just wasn’t the same; it really brought out the peanut butter flavor.

The same goes when baking with vanilla. Looking at my recipe notes, it’s very rare that I bake without vanilla extract, especially when using chocolate.

Chocolate and vanilla may naturally seem like opposites, but really they go hand in hand like peanut butter and jelly.

Show me a chocolate recipe without vanilla, and I’ll tell you it’ll fall flat of expectations before you even measure your flour.

Take these Brownie Biscotti for example. Everything about them screams chocolate – the name, the cocoa powder, the chocolate chips.

However, they don’t truly sing without vanilla backing them up.

To bring out the vanilla flavor even more, I drizzled them with a vanilla bean glaze. It’s like the yin and yang of the biscotti world. 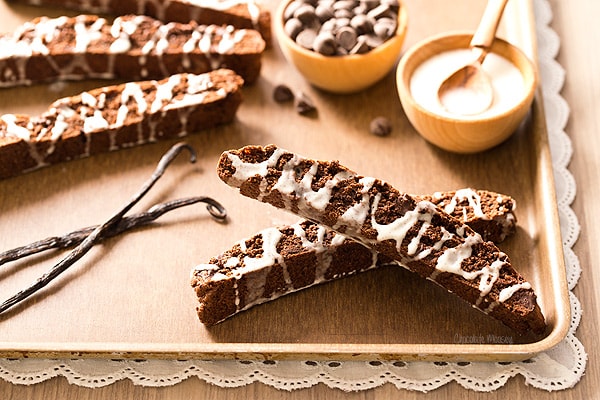 Biscotti, meaning twice-cooked, are known for being so hard, they may almost break your teeth. That’s why they are often served with coffee for dunking.

These chocolate biscotti are not like that; they are still crunchy without feeling like you need to see a dentist afterwards.

They also taste like brownies in crunchy cookie form (hence the name). I threw in chocolate chips to add even more chocolate in each bite. 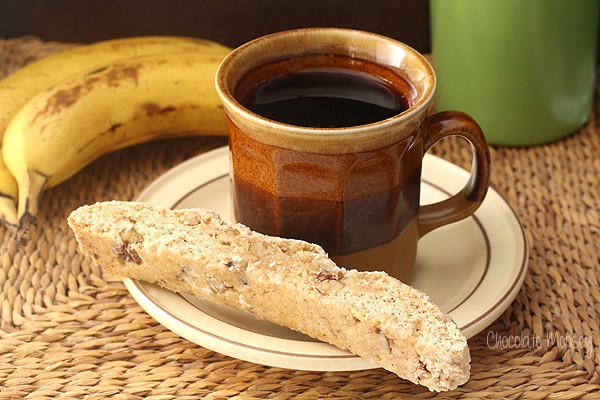 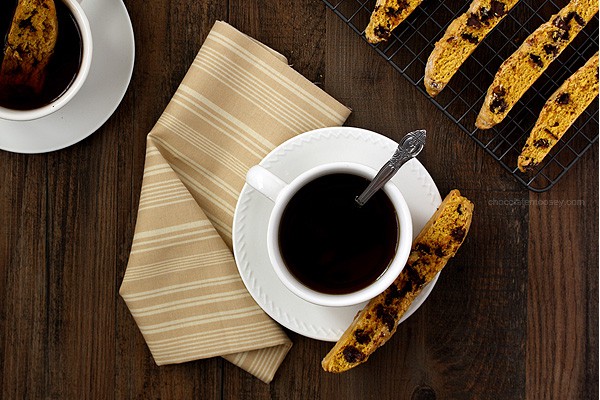 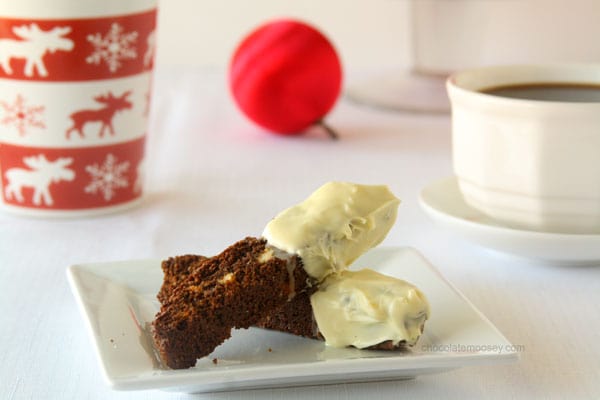