So you all want to know about the Bahamas. This was my first time going away for spring break. My friend would argue that I was in Ireland for a semester, but that doesn’t count. I’m talking about staying in Slippery Rock, going away, then coming back to Slippery Rock. Without going with this group for a class, I probably never would have made it to San Salvador on my own. It’s not a touristy place at all. Just a little island with 1000 people or so. No museums or famous landmarks. Just the beautiful ocean with lots of snorkeling opportunities and some caves. 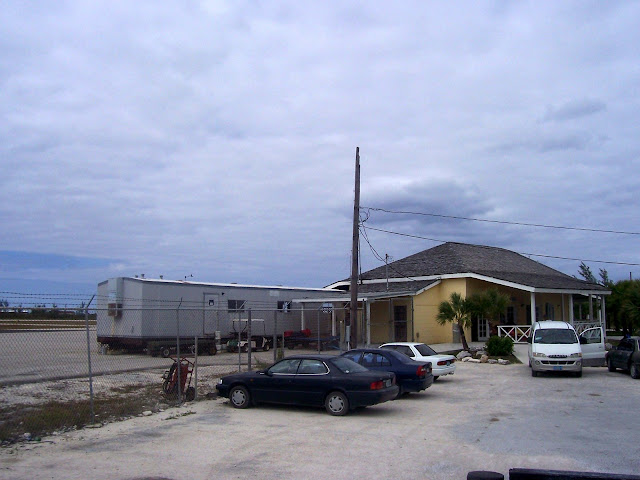 The tiniest airport. Ever. Security is in that trailer.
The class I went with is Oceanography plus some other geology/environmental studies students. As you can imagine, I was out of the loop with my lovely technology degree. At least I could answer the questions about the Amazon Kindle the one professor had on the trip. 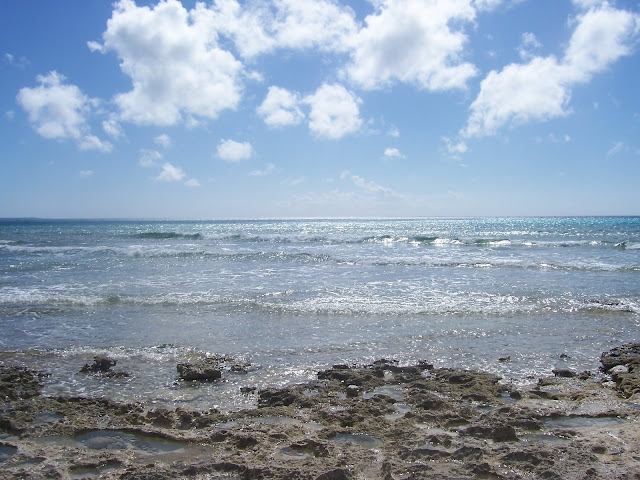 Tidal pools
This was my first time snorkeling. The first few days were rough because I never used my gear before *cough* Once I was “trained,” I snorkeled around and saw the reefs along with colorful fish. I am not a strong swimmer, so I didn’t go out very far. Some other students did see a reef shark, sea turtles, and barracudas. 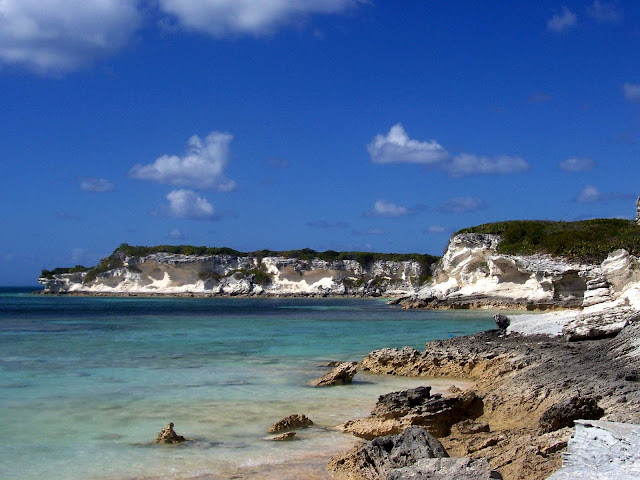 I did snorkel all the way out to that island and back! 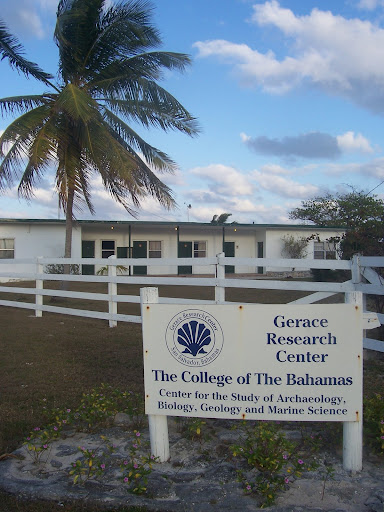 We stayed at this research center rather than a hotel. This used to be a military base, so it was dorm-style living. 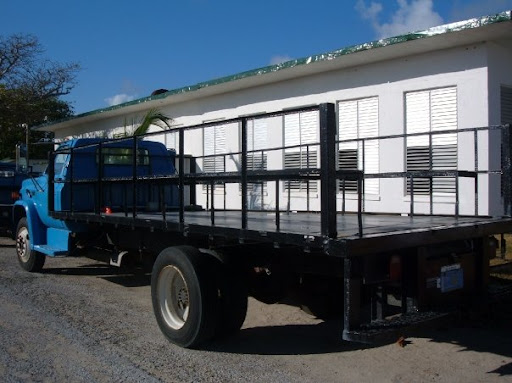 The truck used to get around the island. I didn’t know Bahamians drove on the left side of the road. Reminded me of being back in Ireland.

As a food blogger, I wanted to get the most experience by eating Bahamian food. I can say that before this trip, I never knew you could eat conch. I’ve had conch salad, conch fritters, and conch sandwich. It has a similar rubbery texture like calamari. If you are unsure about the fishy taste, conch fritters is the way to go because you can’t tell as much, plus there’s a sauce on top. The sandwich was probably the most amazing thing I ate on the trip. The salad was a little too spicy for my taste. 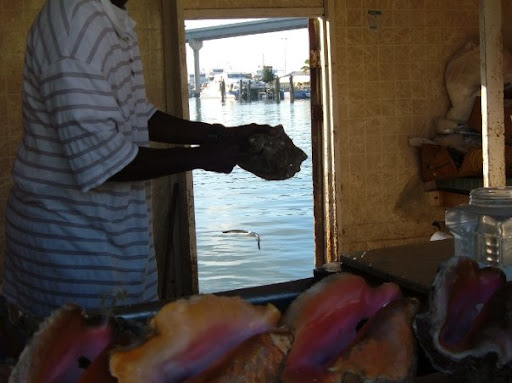 Local preparing conch salad in Nassau (taken by another student) 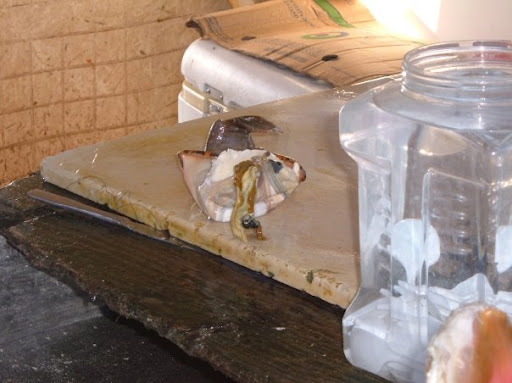 Conch fresh out of the shell. It tastes better than it looks, I swear! (taken by another student)

I also drank Bahama Goombay Punch, which is pineapple, coconut, and maybe some other tropical flavor. It is more pop than juice. Tamarinds tasted like natural Sour Patch Kids or sour dates. My professor bought sopadillas at a fruit market, which reminded me of a kiwi. I also had absolutely the most amazing coconut cake. Ever. This guy went around selling slices, still warm from the oven. At first I thought it was rum cake. When he told me it was coconut, I was disappointed but bought it anyway. That first bite, wow! It was like a buttery cake with this buttery coconut filling. The one girl asked for the recipe, but he just rattled off basic cake ingredients. Speaking of cake, I had some samples of rum cake at the airport. The original was ok if you are a huge rum fan, but the key lime version was yum! It was more lime than rum, which is probably why I liked it even more. I bought a postcard with a Bahamian rum cake recipe on it, so I’ll have to try that out myself.

If you want to see more pictures, you can view them here. If you have any questions, feel free to ask. Sometimes I don’t know what people want to know about trips, especially in other countries.