Award-Winning Chocolate Coconut Cupcakes with Coconut Almond Filling and Coconut Milk Frosting will be the best cupcakes you’ll ever make (assuming you love coconut of course). 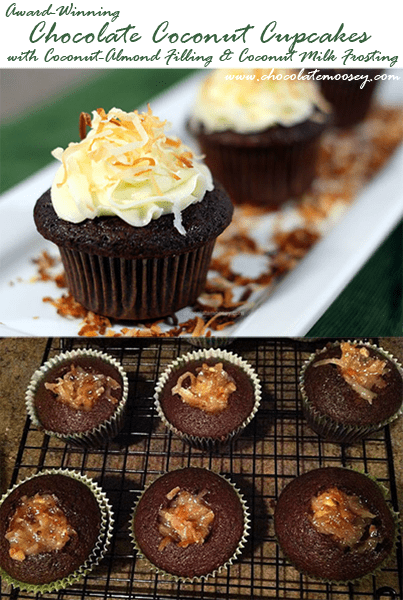 I’m proud to say I accomplished a milestone last week – I baked award-winning cupcakes! First place out of 32 entries :D The local newspaper hosted a cupcake contest on Monday. I entered these Chocolate Coconut Cupcakes, complete with a Coconut-Almond filling and topped with a Coconut Milk Frosting. This was my first competition ever, so you can imagine how excited and nervous I was.

Here is the newspaper article. 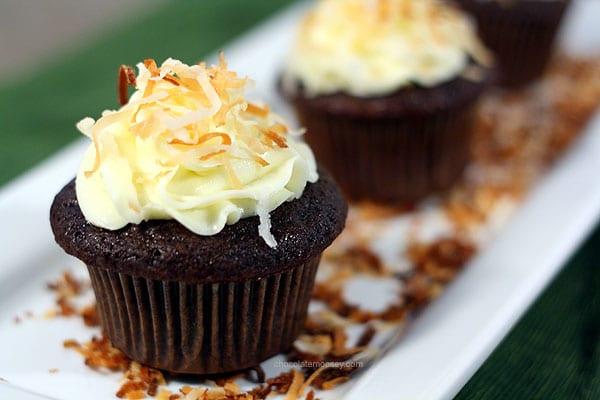 When my dad showed me the article, I quickly dismissed it. To enter, you dropped off six cupcakes during a certain time. However, I had to work, so it wasn’t happening. The next morning, I woke up with an urge in my gut. Do it, do it, it screamed. I couldn’t stop thinking about it. After talking it out with some friends, it is clear I had already made up my mind (considering I already knew what I’d make). If I arrived right when the entries started, I only needed to take an hour of vacation time from work. The guys take off for hunting; why don’t I take off for baking? 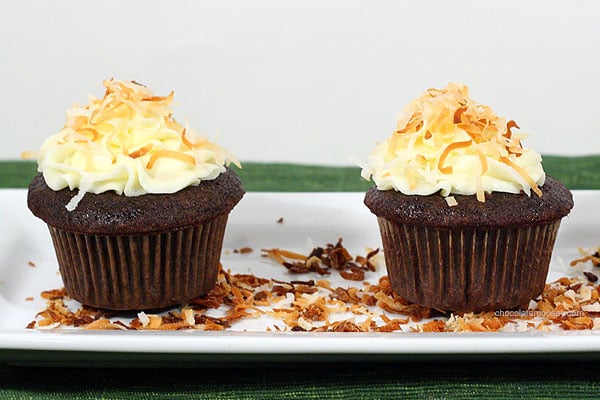 Last year’s winner made me nervous, considering the person used a cake mix. The winner was picked based on taste, appearance, and originality. I’m a huge believer in from-scratch baking, so this put extra pressure on me. What would it say about my skills if I lost to a box mix? I kept thinking about Juanita’s Cocina’s coconut milk frosting she did for her Easter carrot cake. When your gut screams, you listen. Next question was do I go tropical? Or opt for something else? I decided to pair up chocolate and coconut with devil’s food cake for the base. 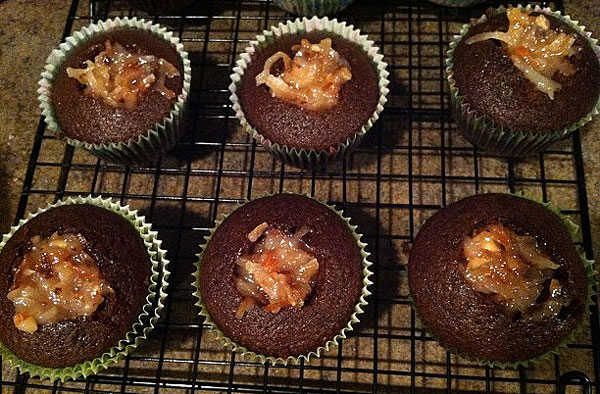 And since this was a contest, I just had to go overboard with a filling. Normally I’d do a mousse filling, but the cupcakes would be sitting out all day with no refrigeration. What else would work? I imagined something similar to a German chocolate cake frosting with the milk, coconut, and nuts. After looking online, I found a recipe similar to what I had imagined. Instead of regular milk, I used coconut milk and added almonds for a crunch. 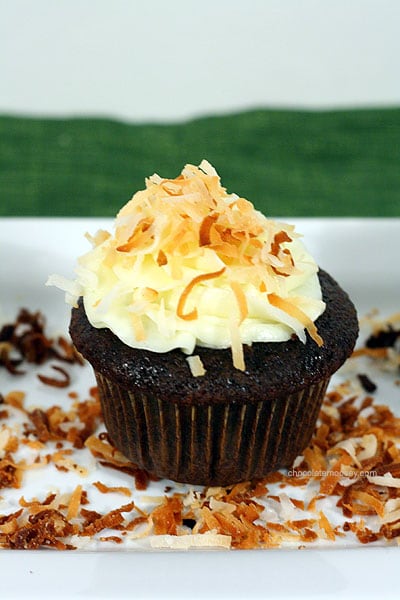 And the frosting? Oh heaven, please pass me a spoon. Seriously, it has the texture of whipped cream, BUT you don’t need to refrigerate it. Heaven, I say! This may just be my go-to frosting from now on. The coconut milk is very subtle, so you can barely tell it’s even there when you add cake to it. Since I wanted the coconut flavor to come through, I added some coconut extract. 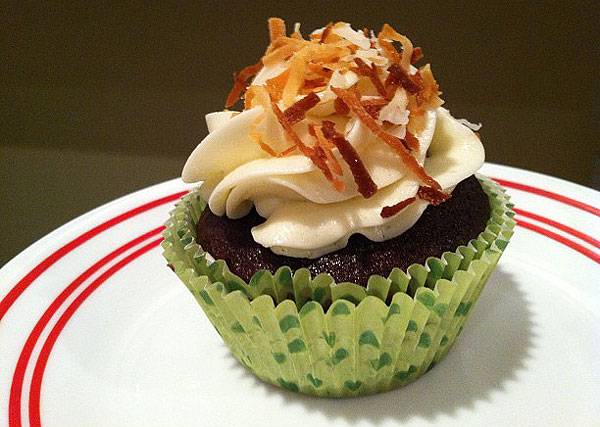 The test batch looked great, but the cake was a tad bit dry. I think I overbaked them by a few minutes. Everyone who tasted them said they were great, but I wasn’t quite satisfied. They also said the frosting didn’t taste like coconut. When I was doing the entry batch, I switched to a cake recipe that included coffee and my secret weapon: 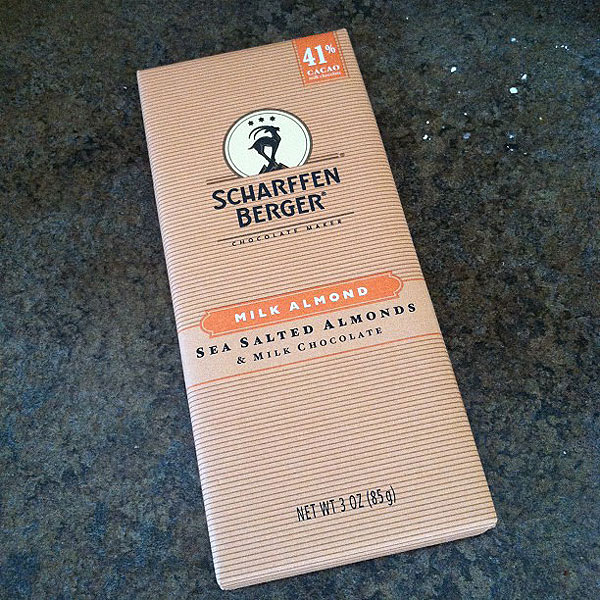 These cupcakes tasted exactly like the devil’s food box mix my mom always made growing up. It was moist and absolutely divine. The best part is it’s all made with love, not chemicals. I think I overfilled the liners a bit though because they were more flat-topped than round. 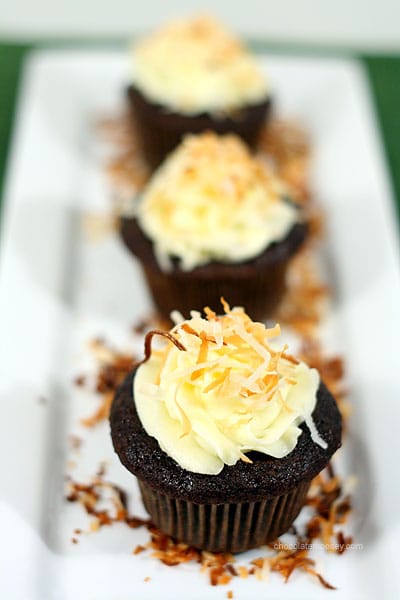 Regardless of the outcome, I’m really satisfied with my entry. I wouldn’t change anything, even with its simple appearance. A huge thank you to everyone for the support and encouragement as I worked on my entry. To hear your positive words really means a lot.
Continue to Content 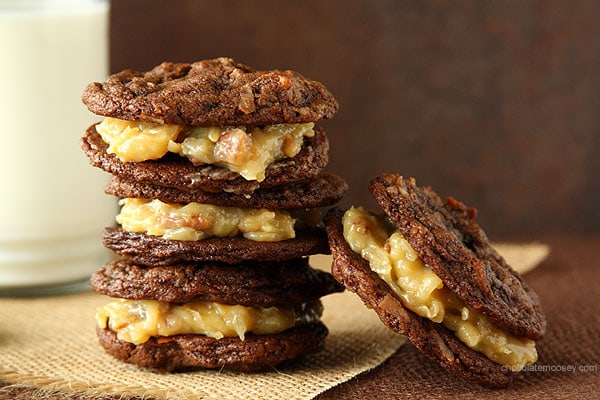 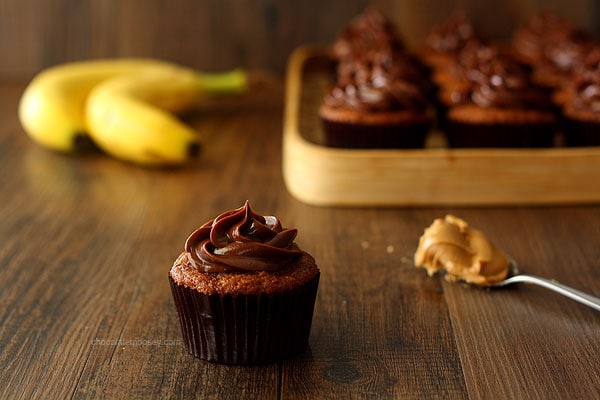