I was a little concerned bc I’ve never cooked sausage like this before, so I cooked it as I would ground beef. Worked out well and there wasn’t as much grease to drain. Probably why everyone says chicken sausage is healthier. Fortunately for me, the sausage was already seasoned and ready to go. Very good to eat with a little bit of a kick.

I decided to make a pasta dish with it, based on one I found online. I omitted the spices bc my sausage was already seasoned but did add salt, pepper, and mushrooms. Originally I was going to save time by using canned tomatoes, but we didn’t have any so I went with fresh. 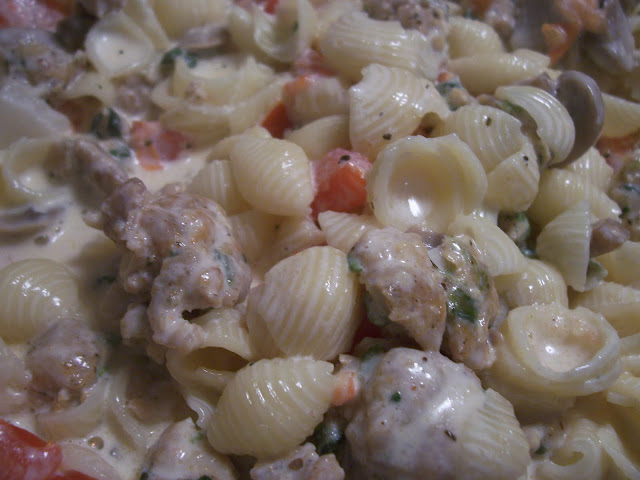 2. Boil water and cook noodles as directed on package.

3. In another skillet, fry onion, garlic. and mushrooms in skillet. Do not let the garlic brown. Turn off the heat and stir in tomatoes. Add sausage, cheese, basil, 1 1/2 cups cream, and noodles. Cook until bubbling then turn down heat. Add more cream if necessary.